Special Delivery: Watch a Lowes Truck Tip Over After Running a Traffic Light 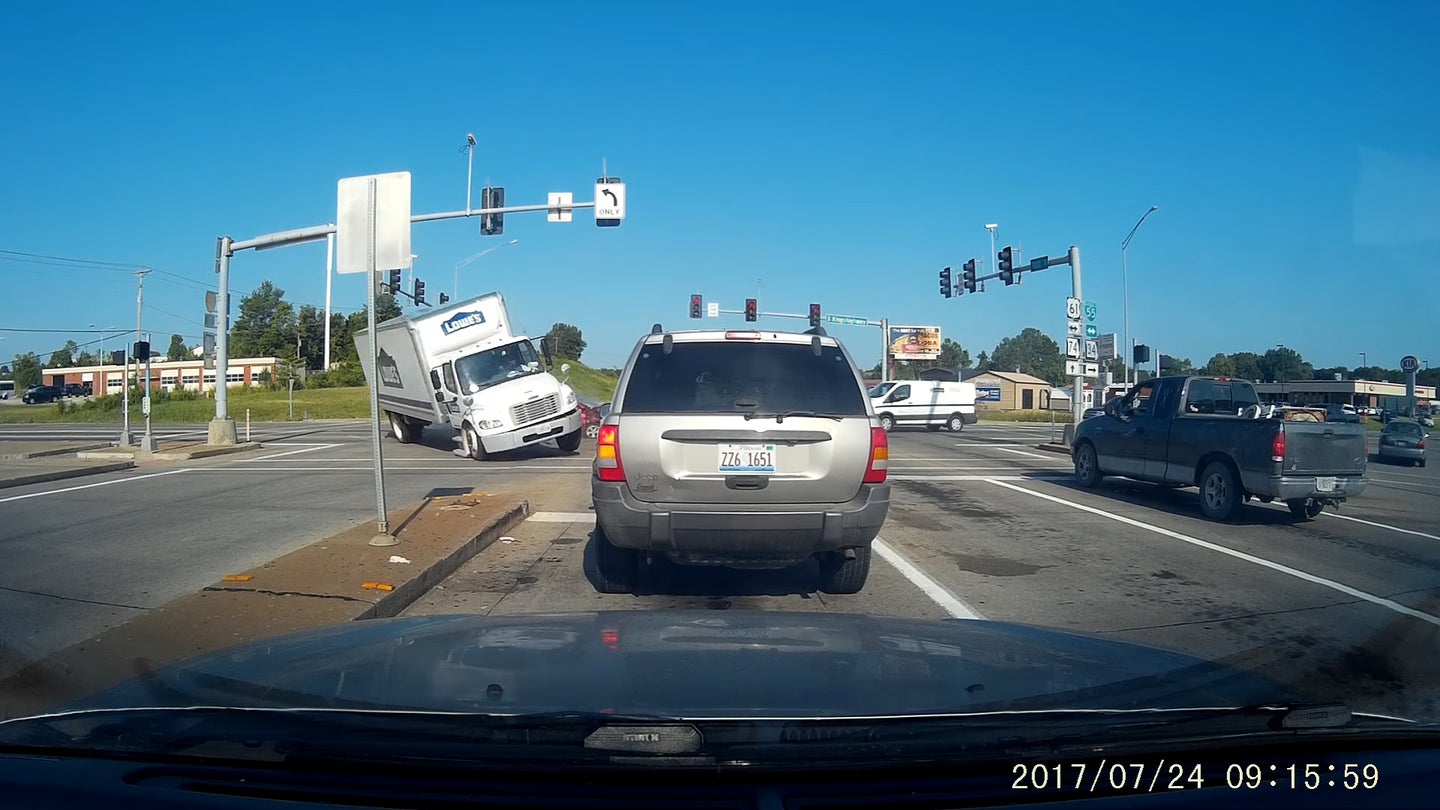 Just after touching on the basics of how not to tow another vehicle comes another lesson in load safety. It seems that the driver of this commercial truck either wasn't paying attention or didn't anticipate enough time between him and the traffic signal to stop. A Reddit user just happened to have a dash camera filming white the entire ordeal took place.

Reddit user Evoraist was driving a 2004 Subaru Outback this morning around Cape Girardeau, Missouri, when he came to a left-turn lane behind an SUV. According to comments in the Reddit post, it was the start of what Evoraist thought would be a relaxing few weeks off of work, only to be proven wrong in the next few moments. As the light turned red, a Lowes delivery truck continued through the intersection at the same time another vehicle (who seemingly anticipated their light turning green) continued through the intersection at near-highway speeds

The truck instantly toppled over and the content of the container puncture the roof; everything remained contained inside the vehicle. The SUV took the bulk of the hit, spilling fluids all over the roadway. The driver of the afflicted vehicle moved it to the side of the road and Evoraist walked to the truck to check on the occupants. A local news source confirmed that both driver and passenger of the Lowes vehicle sustained injuries, but it appears that they were non-life threatening.

Volume warning—it gets a little loud at 0:57

The Reddit user also posted an album of photos from the aftermath of the crash. Don't worry, we think that's transmission fluid (not blood).

Remember to be safe on the roads to avoid accidents like this. Clearly the commercial vehicle is at fault for running a red light, but by slowing down at an intersection if your light turns from red to green could help to prevent this from happening to you. As for Evoraist's Subaru? It sustained a few battle scars from the road sign that the truck propelled at it, but far from totaled.