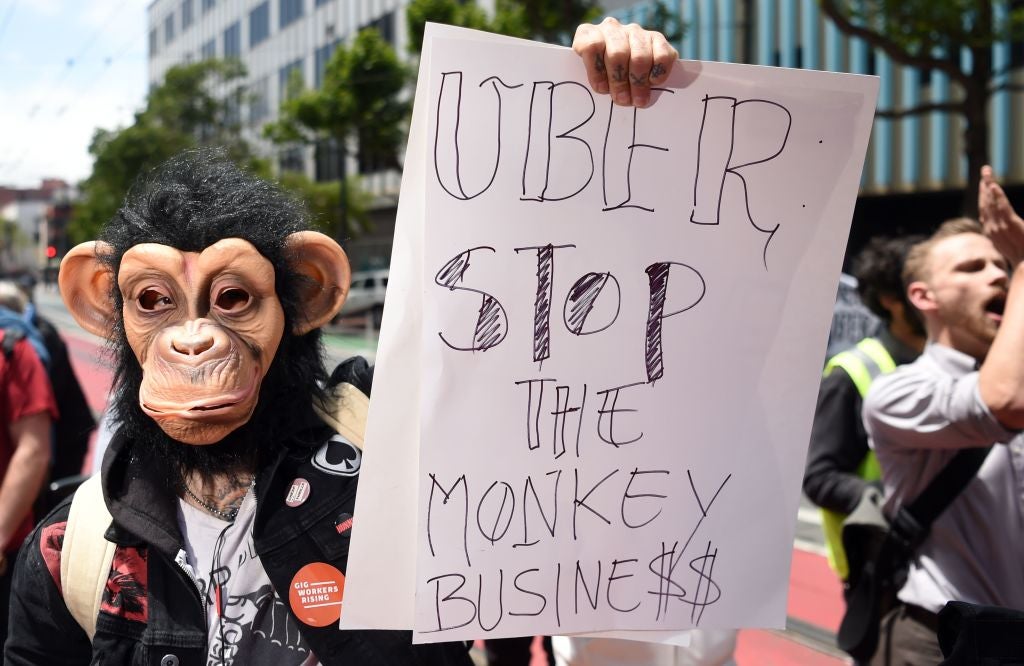 In what may well be one of the most momentous events for the entire mobility technology sector this year, the ride hailing giant Uber has priced its initial public offering at $45 per share according to the Wall Street Journal. At this price, Uber is worth some $82 billion making it the biggest IPO since Alibaba in 2014 but still well below the $120 billion valuation the company had targeted at the high end of its pricing range. The stock starts trading tomorrow under the ticker UBER.

Uber's main rival Lyft has seen its share price tumble from its April 1 IPO price of $72 to as low as $52.91, as it recorded a quarterly loss of $1.14 billion. Lyft burned through some $980 in cash last year and Uber consumed about twice that much, raising tough questions about the financial viability of the two ride-hailing companies and the possibility of a high tech startup bubble more broadly. Uber has raised more than $20 billion over its first decade in business, and has racked up more than $10 billion in operating losses over the last three years alone even as its once-blistering growth has slowed.

Another cloud hanging over Uber's IPO is a strike by the service's drivers, who joined protests in San Francisco, Los Angeles, Chicago, Washington D.C. and London. The coordinated global action called for livable wages, better job security and more fare and fee transparency from the soon-to-be public company, raising yet another challenge for the company as the US labor market tightens. Uber admitted that this problem could get worse in its S-1 filing, noting that "as we aim to reduce Driver incentives to improve our financial performance, we expect Driver dissatisfaction will generally increase."

These headwinds seem to have contributed to Uber's more conservative Two sources tell the WSJ that Uber pursued a conservative approach to pricing its IPO in the wake of Lyft's struggles, prioritizing share sales to long-term institutional investors rather than obtaining the absolute highest possible price at the risk of short term selling pressure. However, Uber's top executives have considerable financial incentives to push the company's valuation back up to previous levels: more than one hundred million dollars worth of restricted stock units (RSUs) will vest to CEO Dara Khosrowshahi, CFO Nelson Chai, COO Barney Harford, CTO Thuan Pham and Chief People Officer Nikki Krishnamurthy if they are able to maintain a fully-diluted equity value of $120 billion for 90 days.

Facing major challenges to its already-money-losing business, yet incentivized to boost the company's valuation, Uber's leadership faces a crossroads as a public company. Doubling down on growth and hype could boost the company's valuation in the short term and lead to a payout for top executives, but it would come at the cost of deepening losses and driver dissatisfaction. Similarly, taking painful steps now like raising prices or spinning off the company's autonomous drive unit could put the business on a more solid foundation but prompt a sell-off by investors.

No matter what happens, there's more hanging in the balance than just Uber's future. As the largest "mobility technology" company, Uber's ability to provide a lucrative exit to its investors could have major consequences for other startups in the space. If Uber's IPO is a flop, valuations and investments across the sector and possibly beyond as investors re-calibrate their expectations.