Ferrari-Driving Florida Man Lies to Cop About Speeding, 'Girlfriend' Passenger Gives Him Away 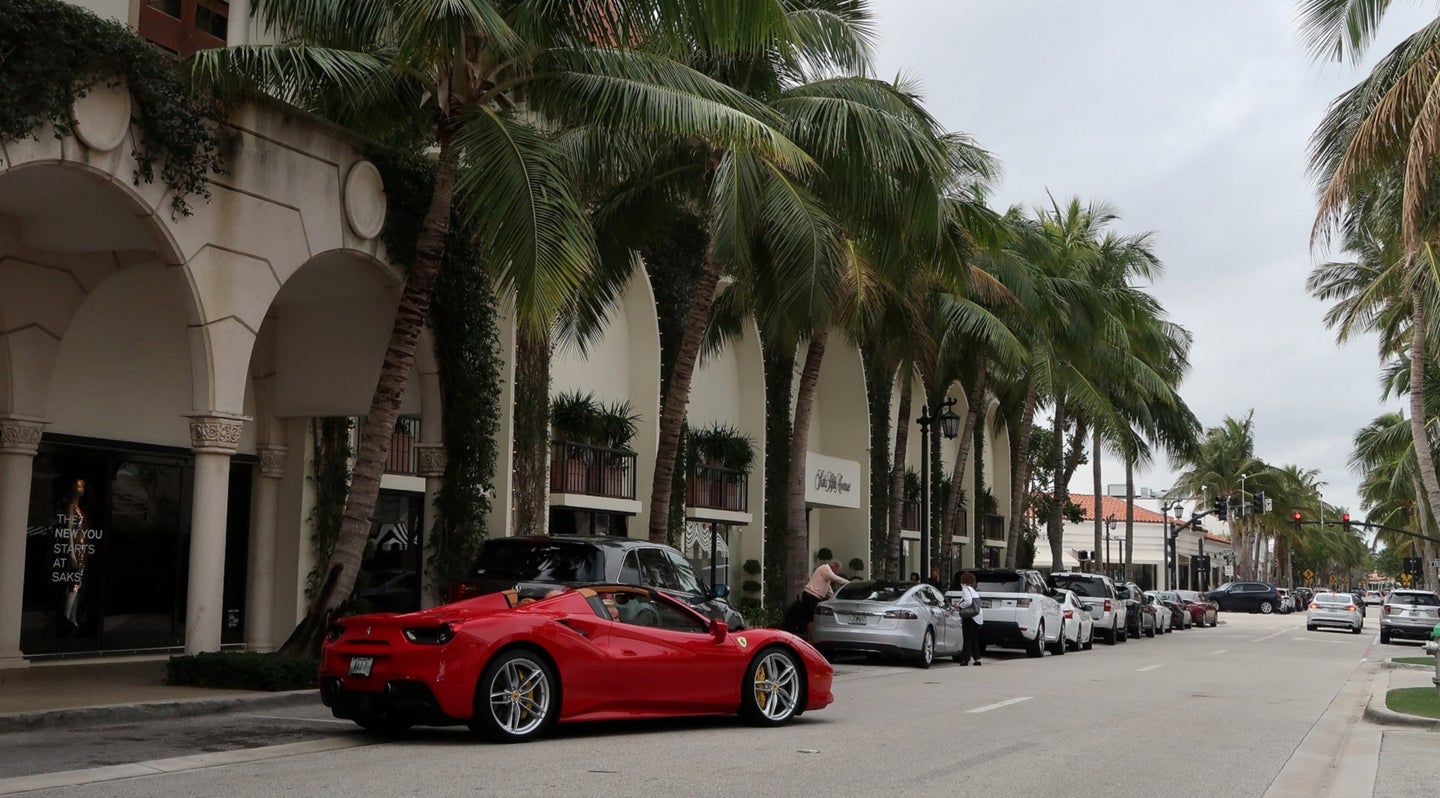 A Florida man's speedy drive at the wheel of a Ferrari ended in the back of a police cruiser after his female passenger blatantly blew his cover, leading to the driver's prompt arrest, reports The Miami Herald.

Gabriel Molina was traveling south in the Florida Keys when his trouble began, as the Miami man's "2016 Ferrari," was clocked by police traveling between 25 and 30 miles per hour above the posted speed limit. The Italian supercar (model name not divulged) passed the radar gun at 75 mph, but quickly accelerated to 100 mph once the police cruiser’s lights and siren came on, and the officer engaged in pursuit. Once the chase was underway, Molina cut the headlights and continued on his way, allegedly escaping the police. But not for long.

Sometime later that evening, Sheriff’s deputies found the fast Floridian and his female passenger, who remained unidentified, at a gas station not far away from the original sighting. There, Molina admitted to speeding, but denied seeing the cop lights or hearing a siren. Molina eventually told the police officer that “The car is a Ferrari and it goes fast.”

Supercar or not, Molina’s female friend was having none it, because, despite his denials, the woman (presumably his ex at this point) quickly admitted that she saw the lights and heard the sirens, and even told police that she urged Molina to slow down and pull over. Assuming the Miami resident is able to get behind the wheel again, he will likely choose his future passengers more carefully, or brief them on what not to say if pulled over.

It should come as no surprise that the Ferrari incident isn’t this Florida man’s first rodeo. Since 2013, he has been issued nine traffic violations, one of them—wait for it—was for doing 100 mph in a 55-mph zone. The good news is that nobody can accuse Molina of being a deadbeat, as his traffic-related fines have contributed over $2,400 to Florida’s local economy.

That grand total is likely to increase substantially in the coming months, as the minimum fine for traveling 50 mph over the speed limit is $1,000 in most parts of Florida. The speeding ticket is the least of this guy’s worries, however, because Molina was taken into custody after his escapade and charged with a felony count of fleeing and eluding a law enforcement officer while lights and siren are active. He’s scheduled to be arraigned on May 7.