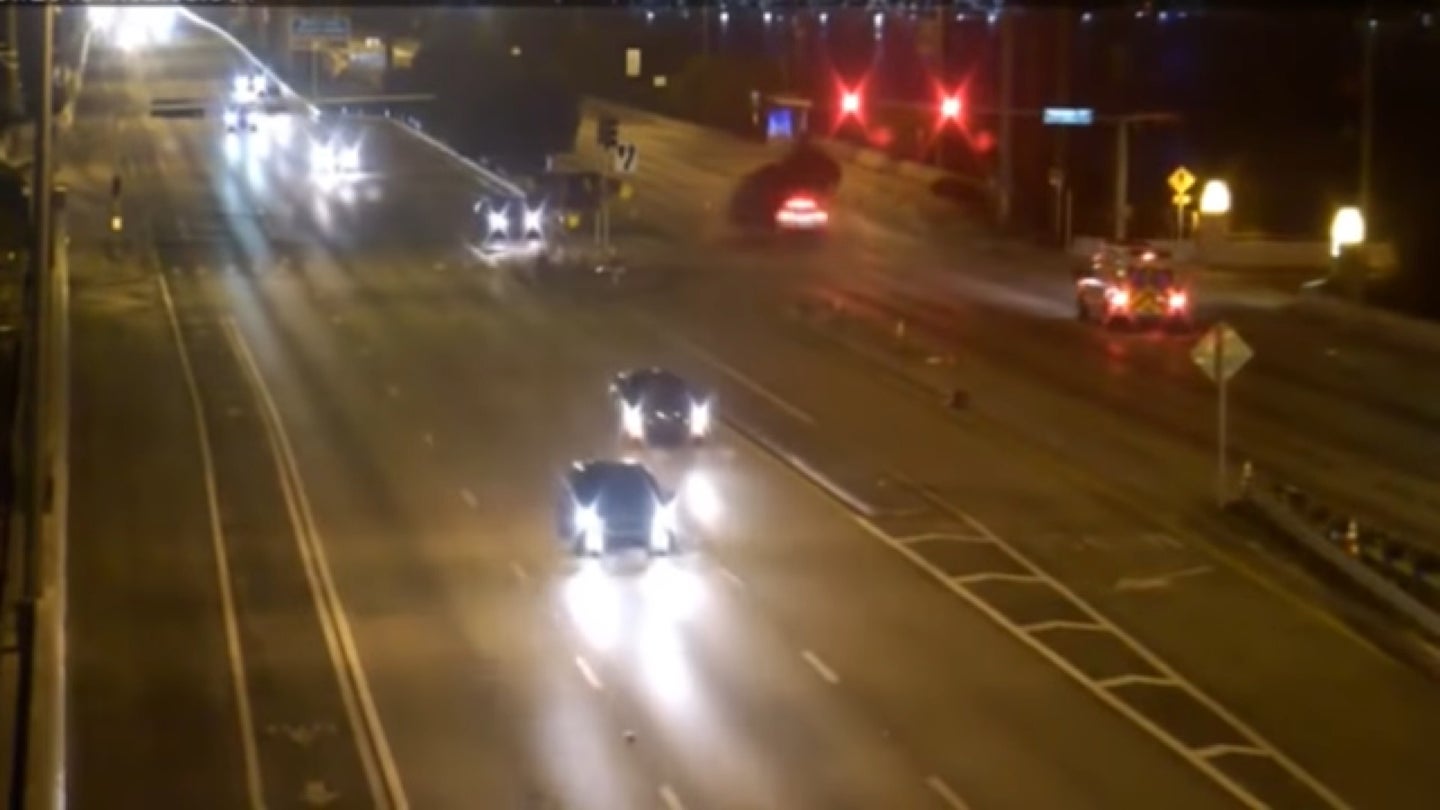 Florida man Jose Manuel Soto has been arrested on three counts of reckless driving and causing serious bodily injury after he ran a red light in his Tesla Model S at 128 miles per hour and smashed into an Infiniti SUV.

As reported by NBC Miami, it happened on the MacArthur Causeway in Miami Beach on Oct. 21 at 1:05 a.m. There were reportedly three people inside the Infiniti at the time, all of whom were rushed to Jackson Memorial Hospital with life-threatening injuries. One was in a coma for a couple weeks, another suffered multiple fractures and a collapsed lung, and the third person sustained a traumatic brain injury. No fatalities have been reported.

"This very severe crash resulted in everyone being transported to JMH," said Miami Beach Police Officer Ernesto Rodriguez. "Miraculously no one lost their lives."

According to the police report as well as black box data obtained from Soto's Model S, the Infiniti was making a legal U-turn on a green arrow when the Tesla ran the red, barreling towards the SUV. Soto reportedly hit the brakes 1.5 seconds before impact, lowering his speed to 93 mph by the time he T-boned the Infiniti. Black box data and the surveillance video above revealed that Soto was still accelerating just five seconds before the collision and that his light had already been red for six seconds. The speed limit on this particular stretch of road is 45 mph.

"The force of the impact was so great that the Tesla vehicle almost cut the larger, heavier Infiniti in half," read the police report.

In response to a Twitter discussion over whether or not the electric car was on Autopilot at the time, Elon Musk chimed in to remind everyone that the system's top speed is much lower than what Soto was doing.

Speaking to NBC, Robert Reiff, Soto's lawyer, claims that the quoted speeds were obtained "prior to the accident" and were given to the press for "maximum shock value." He goes on to blame the incident on the way the MacArthur Causeway is set up and calls on the Florida DOT to take another look at it.

"What this video recording does expose is the poor design and under-speeded roadway that is the MacArthur Causeway," said the attorney. "This roadway has been the scene of far too many serious traffic accidents and we believe that the roadway needs to be fully examined by the Florida Department of Transportation."

Teslas equipped with Michelin PS4Ss tires may be in danger of damaging their tires if driven off the lot in freezing temperatures.