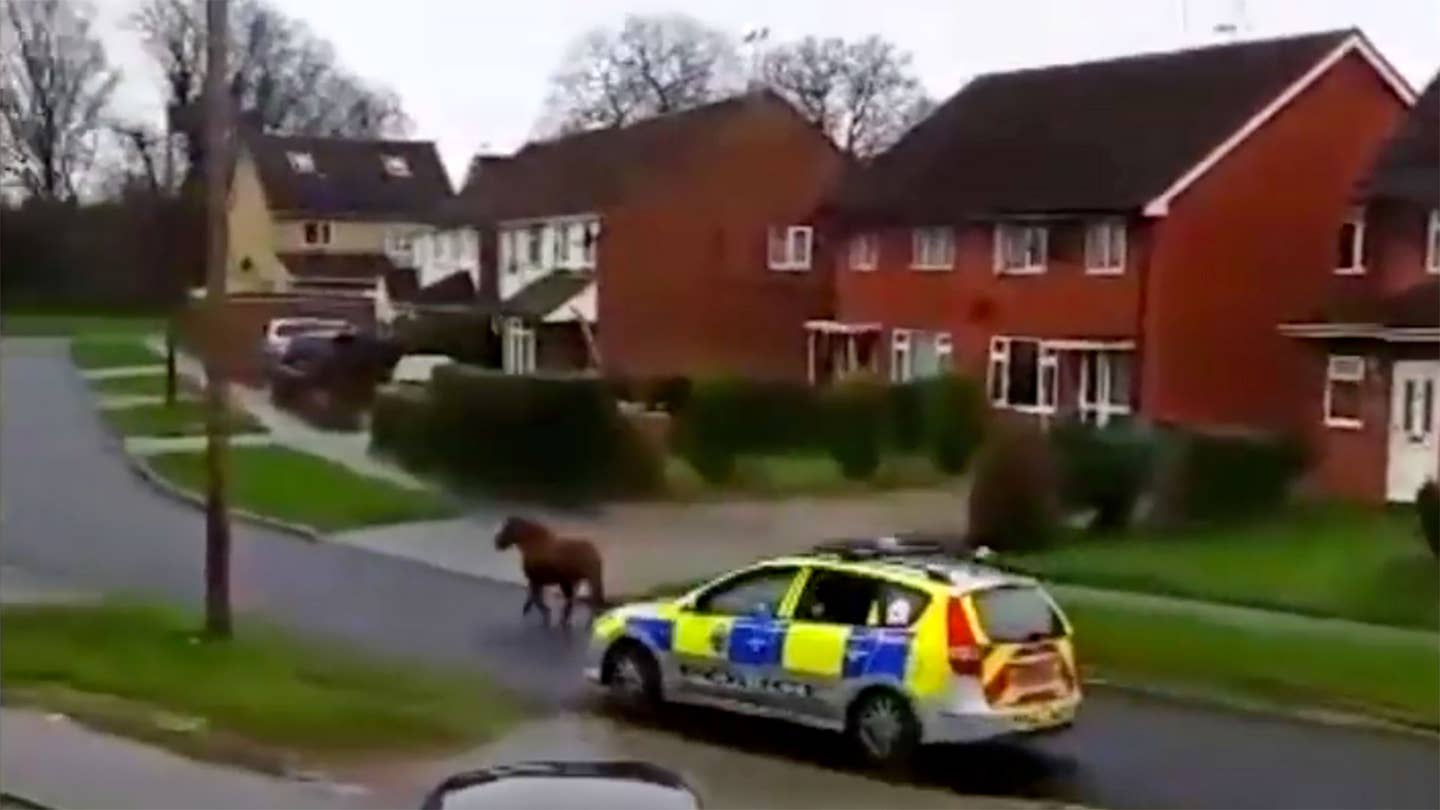 Last week, Ecuadorian transit police rescued a terrified yet smiling sloth from the median of a highway. This week, it’s a Shetland pony out for a gallop in Sussex, England, where it led the constables on a low-speed neighborhood chase. One guffawing eyewitness even caught a snippet of the affair on video, so we have this short but hilarious clip.

It’s unclear where the little bugger escaped from, but he was on the lam for more than hour before the coppers caught up with him. Homeowners from the town of Crawley called in every few minutes with updated locations. Said Sam Satchell from the Sussex police: “Witnesses reported seeing a pony—believed to be the same animal—traveling on the A2011 Crawley Avenue towards Hazelwick Roundabout.”

“Believed to be the same animal?”

Exactly how many Shetland ponies are traipsing about Crawley?

The pint-sized pony—don’t call him a mini horse—skirted the cops a few times before finally being corralled in a garden with the aid of some strategically placed ropes. The Sussex police, ill equipped to deal with the free-spirited equine, tried to pass babysitting duties off to the Royal Society for the Prevention of Cruelty to Animals. But the RSPCA said no thanks, stating that it deals with animal-welfare issues, not pony escapes. Meantime, a local citizen has stepped up to house the pony until its owner can be located.

If no one steps forward to claim him, can we?