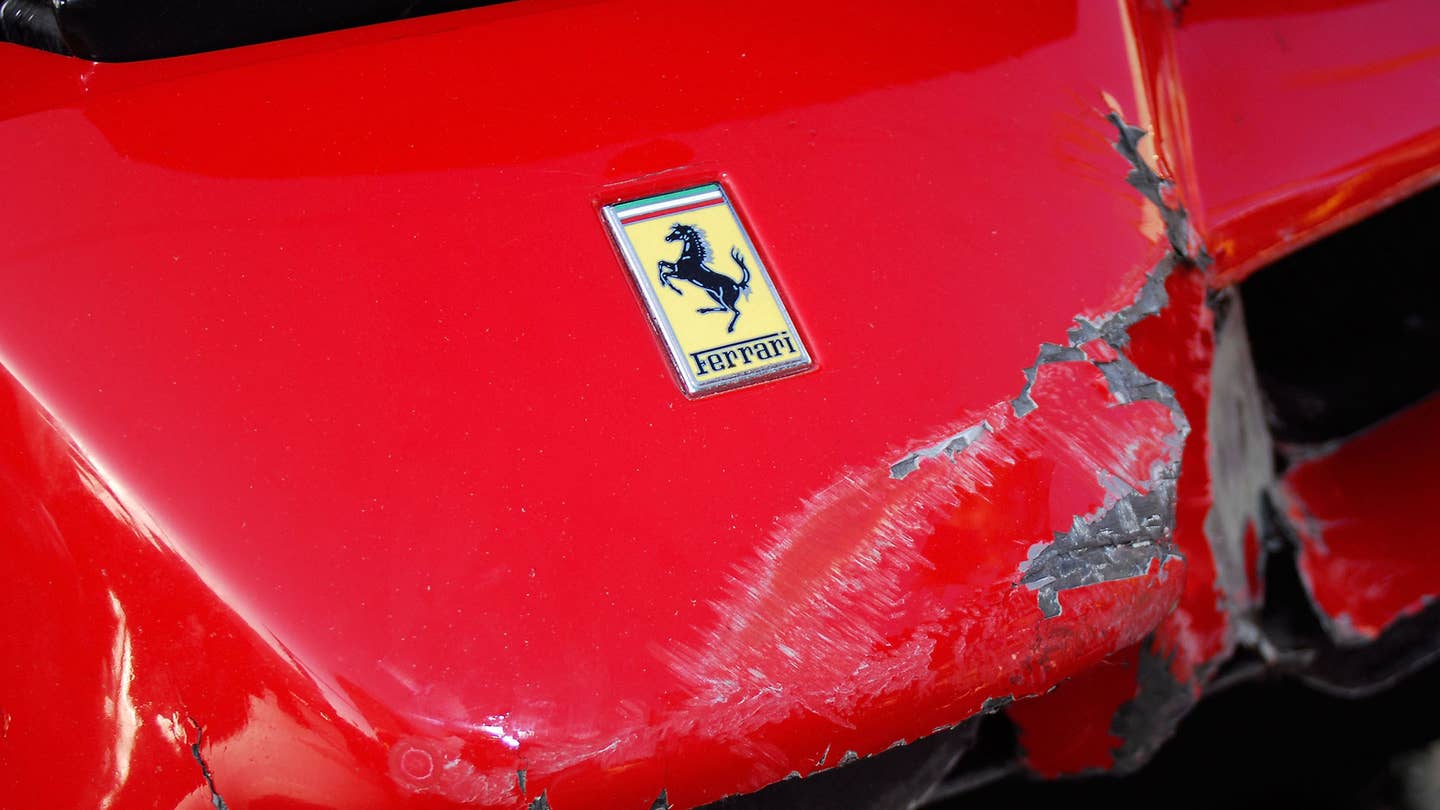 I’ll never forget my first dream car. It wasn’t up on my high school bedroom wall. That was reserved for the Vector W8 and the Porsche 959, which were beyond dreams. They were fantasies, and a fantasy is just that. But dreams? Dreams can come true. I vowed that if I could ever afford that car, I would keep it forever. Safe. In one piece. I know I’m not alone, because I constantly meet people who also drive their dream car, and feel exactly as I do.

This makes us very different from the people who crash supercars.

“You don’t want an old 911,” my dad once said in his James Earl Jones voice. “Your left leg is going to hurt. The Targa top requires strength. You will need more strength.”

He was right. My left leg aches every time I get out. He didn’t warn me about my lower back pain. I should have listened about that top. I gouged my right palm trying to fold it while sitting in the car. My blood stained the tan leather, and never really came out. I didn’t want it to. It reminds me of my father’s voice.

I still have that Targa. I don’t have children, but when I do, I’ll warn the eldest about that top.

The cars I let go went into the hands of people I knew would love them as I did. I saw it when they tried to hide their smiles on test drives. Buying a sports car is never a rational decision, but selling one always is. Besides, who was I to argue with the young German who bought my M6 because his father was killed in one? Something tells me he’s going to keep that car for the rest of his life. That’s not irrational. it’s human.

A Ferrari parked in a Monaco showroom is waiting for someone to take possession. But not just to drive it, but to give it meaning. To make it worth more than its cash value.

And he won’t drive like an ass, either. I know, because I’ve completed or “won” countless Gumball and Bullrun rallies. Watching those 10-year-old rally videos today, I’m shocked at the outrageous risks I took. I walked away without a scratch. I used to laugh about it. I don’t now. I used to think I survived because, in spite of a selfish thirst for glory, the better aspects of my personality took over when things might’ve gone terribly wrong.

Really, though, it was because I wanted to bring those cars back in one piece.

My father’s Targa that was never really his, except in my mind. Now, the Morgan, with which I am inextricably identified. Properly maintained, they’ll both outlive me, and deserve to do so. They mean something to me. In turn, they will mean something to someone else. If I must let any of them go, I already know to whom I will sell each and every one. They just don’t know it yet.

Cars only have as much value as their owners give them. Not all cars are art, but the rusted Toyota in which an old couple had their first date is priceless beyond a Ferrari parked in a Monaco showroom. One is infused with the emotions shared within it. The other is waiting for someone to take possession. Not merely to drive it, but to give it meaning. To make it worth more than its cash value.

And that’s the funny thing about supercar crashes. They’re almost always new supercars, and they’re virtually never destroyed on a racetrack. The drivers are almost always young, and the cars are sometimes rented or leased. When’s the last time you heard of a vintage Jaguar XK120 being hooned into a ditch? Not often. Those kinds of cars are owned outright, and by people who care.

A Ferrari hits a telephone pole on the Pacific Coast Highway? A Lamborghini burns to the ground in Dubai? A Koeniggsegg spins into an embankment in China?

We may not be long for this earth, but our creations survive as long as someone cares. Our love of cars is best expressed by how we treat them. We're all caretakers of the things we care about.

These accidents aren’t about supercars, they aren’t about car guys going too far. They’re about people who don’t actually love cars at all. To love a car is to respect it. That’s what love is. Love of another. Of a sport. Of the woods behind your house. Of your children. And one doesn’t destroy what he loves.

People who crash supercars always claim to love cars, and to prove it will go out and get another. This proves nothing other than that the cars themselves mean nothing to them. They’re not interested in adding meaning to what they drive. They’re interested only in the meaning they hope a car will ascribe to them. Last year’s model? Worthless. It must be traded in. When everything is commoditized, nothing has value, and nothing means anything.

Enzo Ferrari may not have been a nice guy. The same could be said of Ferdinand Porsche. Christian von Koeniggsegg? Definitely a nice guy. Horacio Pagani? At the very least, a funny guy. They all have something in common: They cared. Each had a dream they sought to share. Supercars are more than the intersection of technology, art and engineering. Supercars are the dreams of man made real. Something tells me they didn’t intend for their dreams to be treated no better than toasters. Those who treat the dreams of others as commodities have no dreams of their own, other than that of the self.

We may not be long for this earth, but our creations survive as long as someone cares. Our love of cars is best expressed by how we treat them. We are all caretakers of the things we care about. It doesn’t matter what you drive; what matters is that you have somewhere to go, and get there in one piece. My old Targa may not be a supercar, but it’s worth more than any supercar to me.