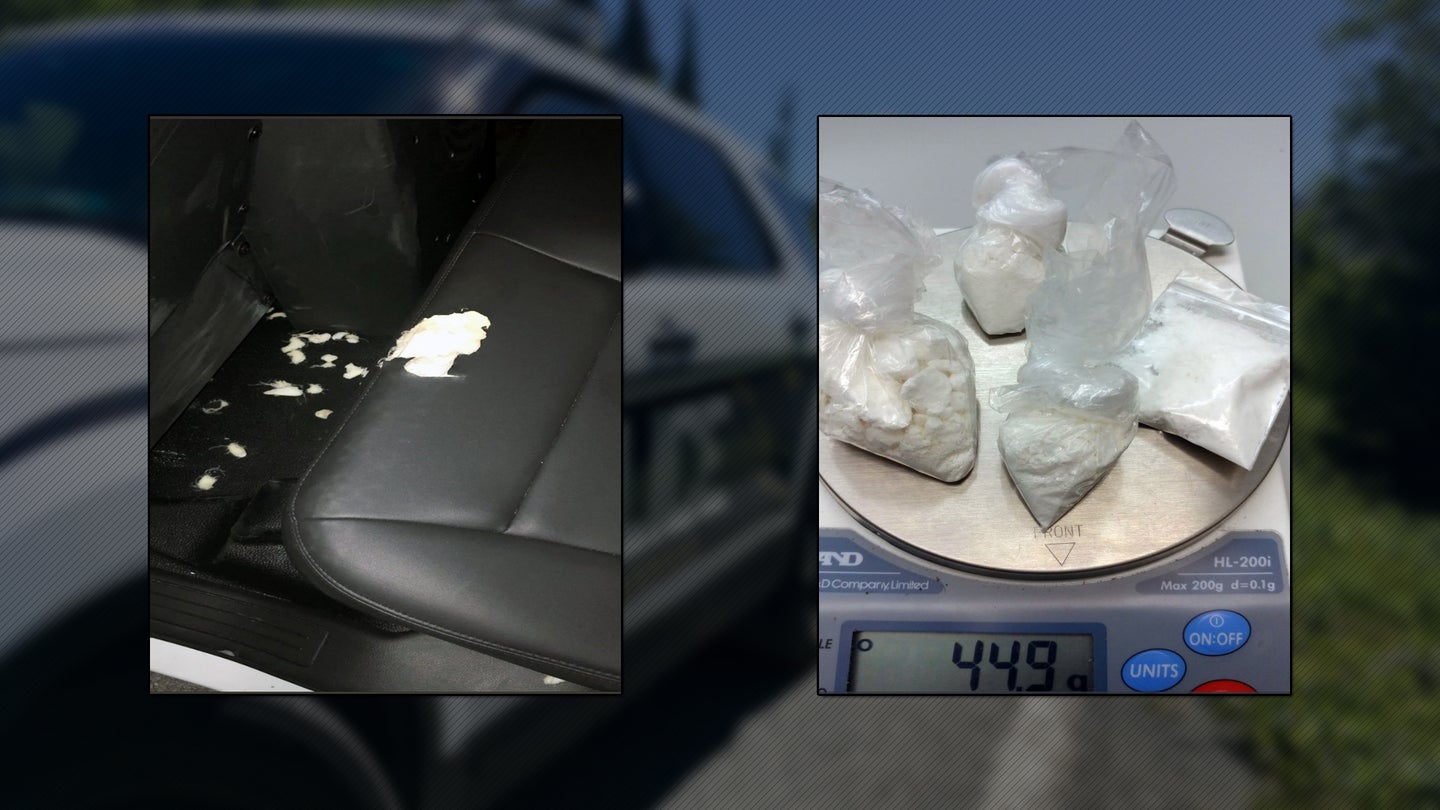 A man in Florida may have taken McGruff the Crime Dog's advice a bit out of context when instead of taking a bite out of crime, he took a bite out of a police cruiser's back seat—literally. Police in Monroe County Florida report that after arresting a suspect for outstanding warrants, the perpetrator sunk his teeth into the patrol car's seat and began to chew.

The incident occurred last Thursday night when authorities spotted a white BMW which they believed to have window tint was darker than the legal limit allowed. Reports say that police initiated a traffic stop and used a tint meter to confirm that the stop was justified. When the officer returned to his car to issue a warning to the driver, he noticed that the suspect, 37-year-old Melvin Stubbs, was wanted on a warrant for violating probation.

Upon being notified that he was being taken into custody, Stubbs reportedly began fighting with officers and was subsequently tased before being placed into the arresting officer's patrol car, but the struggle didn't end there.

“Stubbs began kicking the passenger side of the patrol car door with his feet,” said Adam Linhardt, a spokesman for the Monroe County Sheriff’s Office to the Miami Herald. “ [One of the officers] noticed a large piece of the back seat of the patrol car that Stubbs had chewed off and/or eaten, causing at least $1,000 in damage.”

Police say that during the altercation four baggies of a "white powdery substance" fell out of the offender's jacket, which would later field test positive for cocaine.

Stubbs was said to have been placed in feet restraints and was brought to a local hospital to be evaluated by medical staff. Upon arrival, police say that he was still extremely combative and needed to be further restrained and transported in a wheelchair. After being cleared, Stubbs was transported to jail.

Elkann now wants to just move past the event.

This Audi-Certified Technician Did Cocaine In a Customer’s Car

The bigger crime? Blasting Foreigner’s “I Want to Know What Love Is.”