The man texted his girlfriend and said he was 'going to eff up the Uber driver.' 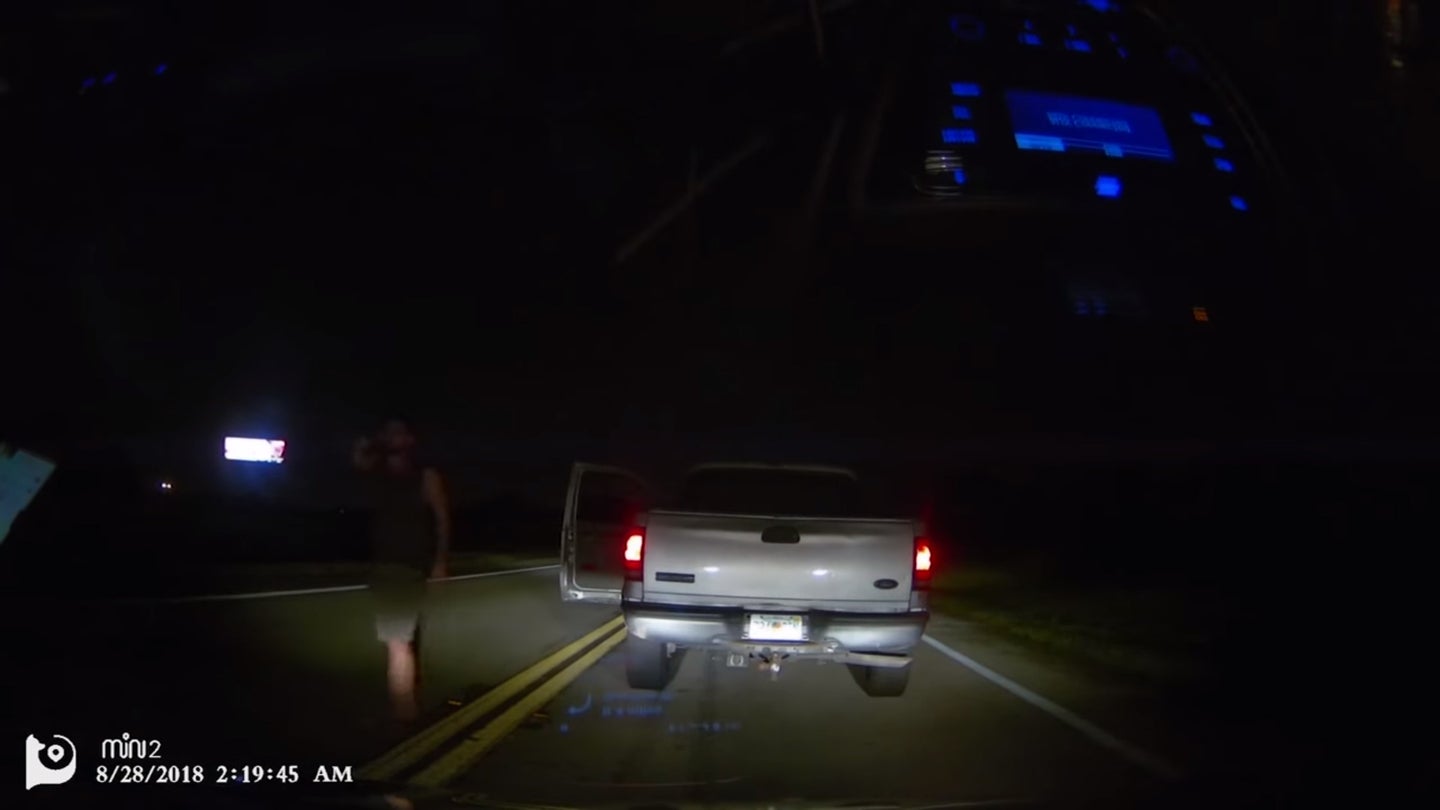 Police in Florida report that a man was shot and killed by an Uber driver when he was nearly forced off the road and threatened with bodily injury on Tuesday morning. Police say that the shooter, a licensed security guard and holder of a concealed weapons permit, was justified in shooting the hot-tempered man who thought his girlfriend was inside the car.

The Uber driver, Robert Westlake, recorded the entire exchange on his dash camera. The brief clip shows Jason Boek illegally passing Westlake's Hyundai Elentra in his Ford pickup truck, then swerving in front of him before immediately opening the door and jumping out to exchange words with Westlake in the wee hours of the morning.

Briefly, Boek can be seen with a phone in his hand as he steps out of the vehicle, however, the flash of the phone's white bezel was so quick that it is unlikely that Westlake was unable to identify the device as such, especially given Boek's next action. He extended his right arm and raised the phone tp eye-level, a similar stance to how one might hold a handgun. If that wasn't enough, Boek's only words to Westlake were damning.

"You know I got a pistol?" said Boek while approaching Westlake with his arm still raised. "You want me to [redacted] shoot you?"

By trade, Westlake is a security guard who also drives for Uber. He recently completed his training to become a police officer and holds a valid concealed weapons permit in the state of Florida. He fired a single shot at Boek and kicked away the item that Boek dropped, not knowing that it was a cell phone. Westlake proceeded to call 911 while he applied pressure to the wound, though Boek succumbed to the gunshot wound and died at the scene.

"This is a justifiable homicide all day long. You have the right protect yourself," said Sheriff Grady Judd following the shooting, "This was the intent of the law."

According to police, the incident occurred due to Boek stalking his on-again-off-again girlfriend who was at a bar earlier that night. His girlfriend summoned an Uber for another woman who had too much to drink and helped her board Westlake's car when it arrived. Boek seemingly believed that his girlfriend had gotten into the car and began to get into an argument with her over text message. According to police, he told his girlfriend that he was "going to eff up the Uber driver" and took after Westlake.

“We are saddened by this unfortunate incident and will continue to work with police on their investigation.” an Uber spokesperson told The Drive in an email.

Though Westlake acted in accordance to the law, he seemingly broke Uber's Terms of Service, as the ridesharing company holds a blanket ban on carrying firearms when driving or riding.