Late last week, a video surfaced on Instagram featuring a Ford F-450 tow truck and a repossessed F-250 already on-hook. While repossessions might not be a rare occurrence, what happened next certainly is. The owner of the F-250 wanted his truck back at any cost, even if it meant ripping it off of the repo man's wheel lift using four-wheel drive.

Our journey begins with a video on Instagram featuring the caption, "Just another day at the office," posted by an aptly named account, "repo_king07." In case you couldn't guess from the username, the account is operated by a repossession agent. And the repo man doesn't work in just any office; his desk is the front seat of an F-450 tow truck that spends the day prowling the cold, confusing roads of Florida. The same streets where the cocaine-fueled Corvette drivers battle for news coverage against drunk drivers with terribly ironic Halloween costumes.

Earlier in the day, he had repossessed the F-450 tow truck's younger brother, a Ford F-250. The owner of the F-250 had caught wind of the repossession and followed the truck until he caught up to it at an intersection. The debtor flagged down the tow truck and allegedly coaxed the driver into letting him obtain some personal belongings out of the vehicle.

"He saw the guy fidgeting with the four-wheel drive and my driver got out of the truck," a spokesperson for Specialized Towing told The Drive, "That's when he started filming."

The video offers viewers a rollercoaster of emotions, requiring one to take in that this is actually happening on a public road. The excitement of the battle, the crushing disappointment when the F-250 frees itself, and finally the utter joy when the wheel lift becomes entangled with the undercarriage, immobilizing the truck for the remainder of the video. Specialized Towing told us that the only thing that kept the F-250 from getting away was the safety chain used to secure the vehicle to the wheel lift in case it would slip off mid-tow. Despite all of the struggle and fight, even lifting the F-450's front wheels into the air, the battle was won by the repo man.

The man piloting the F-250 was reportedly taken into custody by the Miami Dade police and the truck headed to the towing company's lot for storage. Both vehicles sustained damage during the altercation. 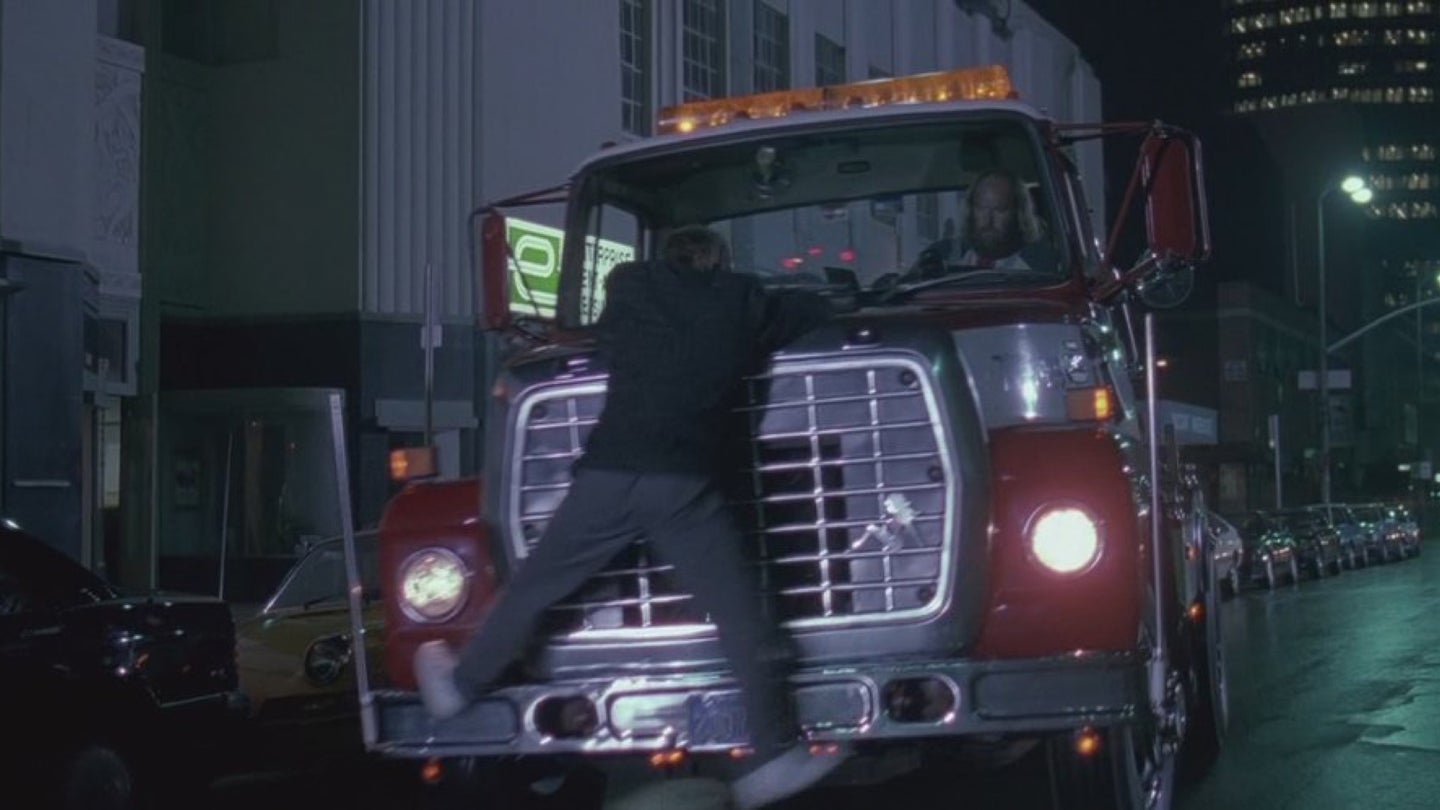 Six steps to help stick it to pesky wreck chasers. 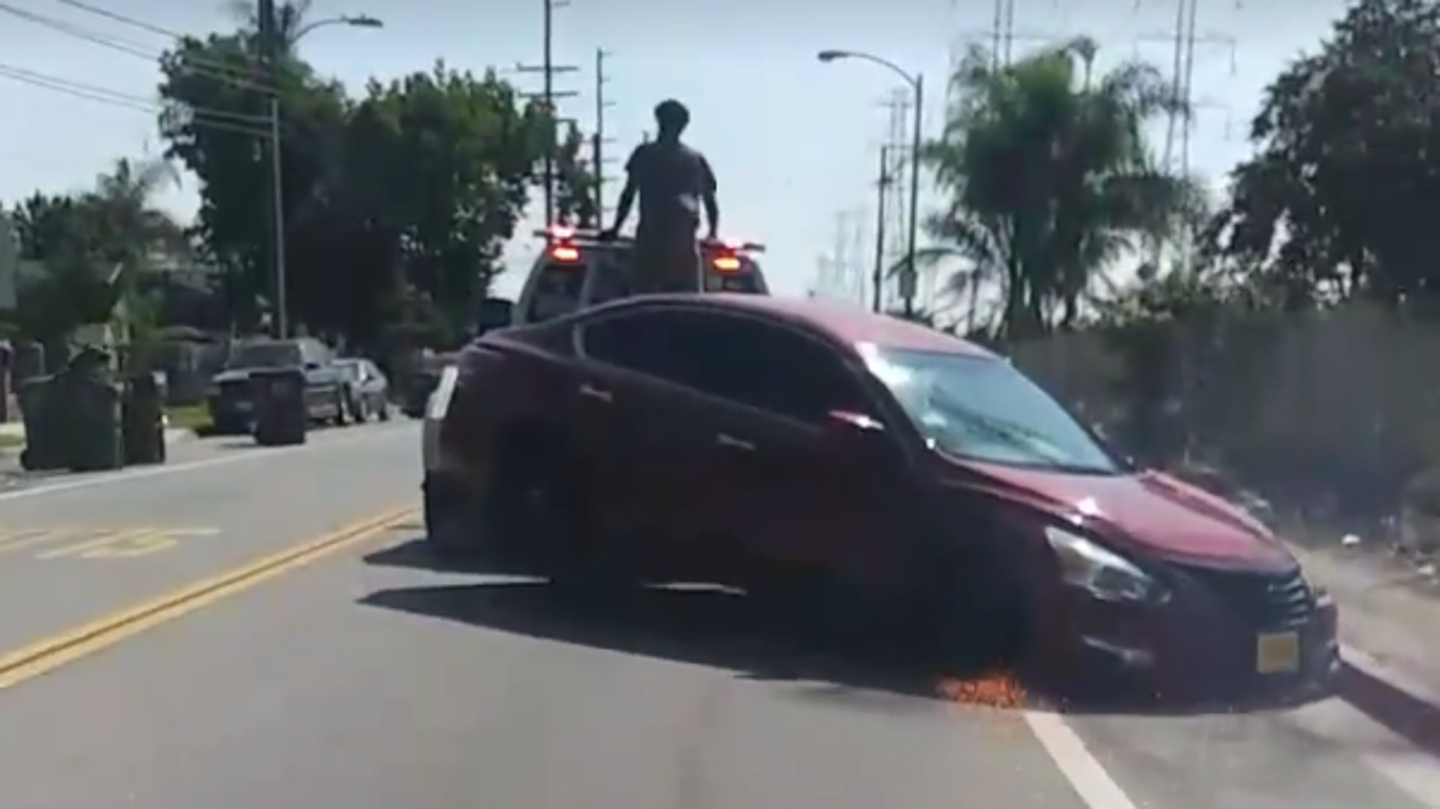 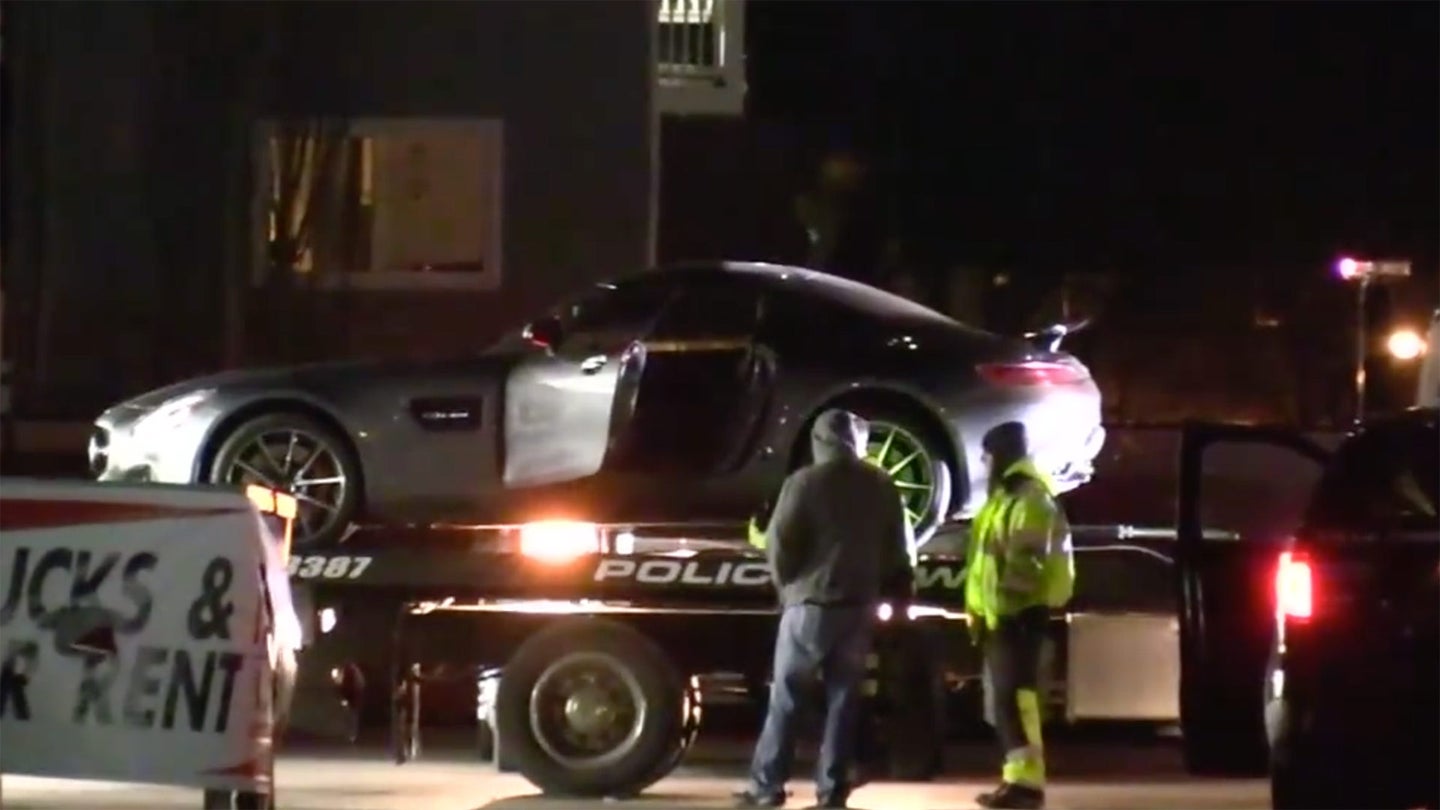 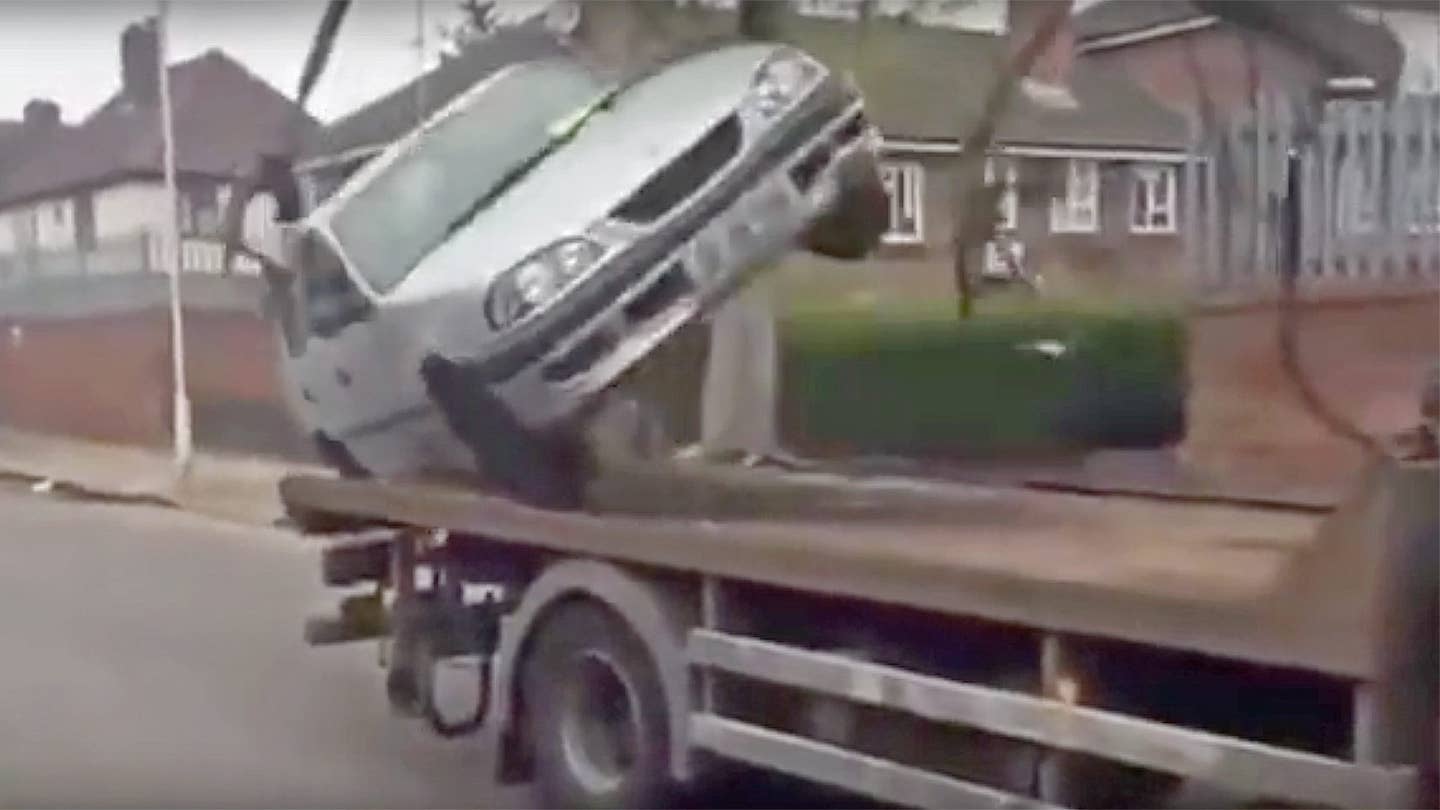