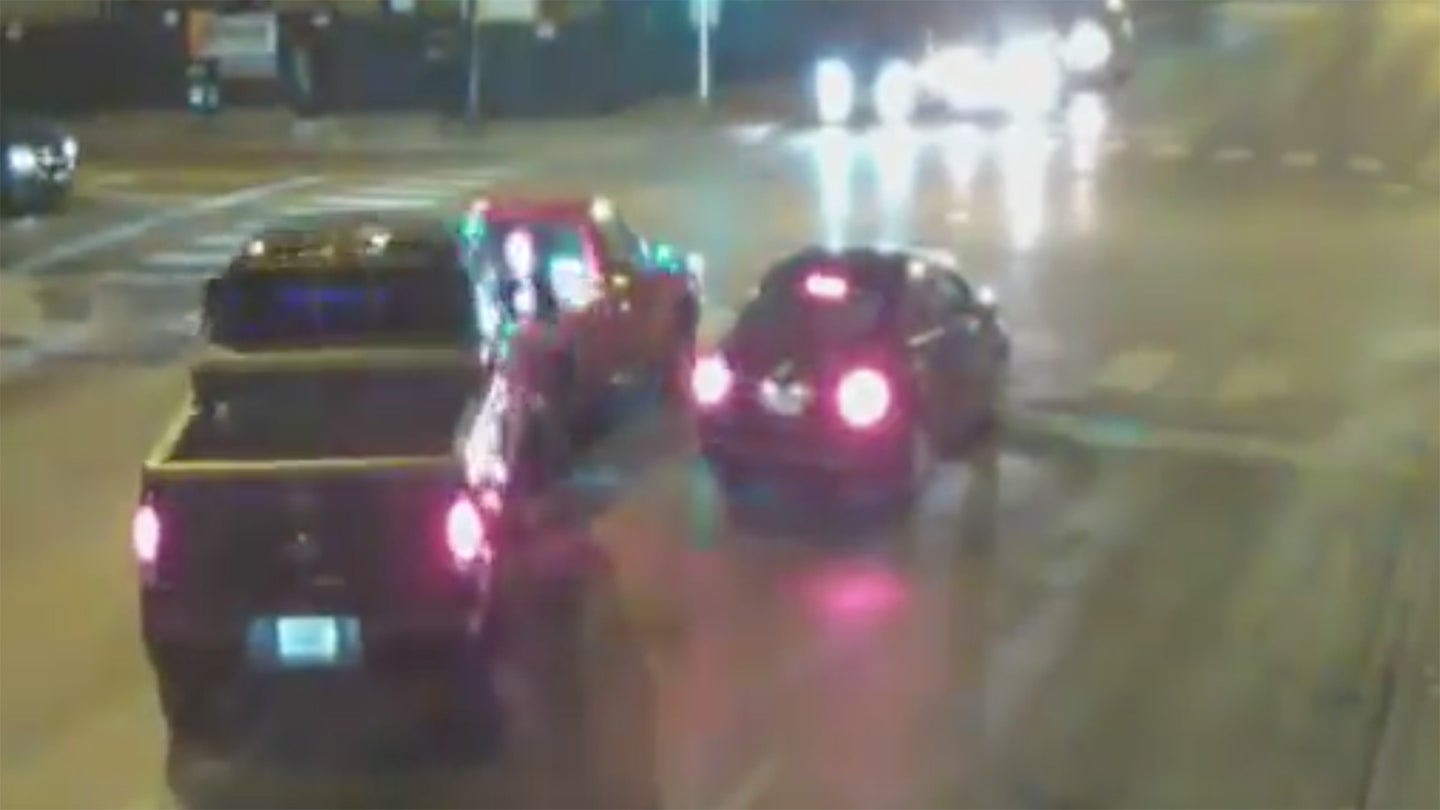 Road rage comes in a wide variety of forms and degrees and none of them are acceptable. Unfortunately, some are worse than others and in this case, road rage ended in a fatality. In the video below, you will see two Ford pickups making contact around the 5500 block of South Kedzie around 2:15 am. The incident on the Chicago street showed clear signs of intentional harm or damage. Initially the larger pickup, possibly a Ford F-250, was up against the white line at the light, but the driver then threw the truck into reverse and positioned it behind the 1998 red Ford Ranger. After several seconds, the F-250 quickly accelerated, ramming the truck. Unfortunately, the video ends at that point in time.

According to reports, the F-250 pushed the Ranger two blocks, eventually forcing it into a tree. As you can see in the link, the Ranger sustained heavy driver's side damage with intrusion. Police report the victim, 21 year-old Eduardo A. Pena, was transported to Stroger Hospital where he later died.

Unfortunately, police have not caught the suspect in this horrific road rage incident nor has any motive been made public. If you have any information or can help further identify the suspect's vehicle, please call (312) 747-8380 and reference case number #JA-480894

These Are the Ford F-250 Super Duty’s Best Features

You might want to keep these in mind when you purchase your next truck.