Yep, totally worth the money. 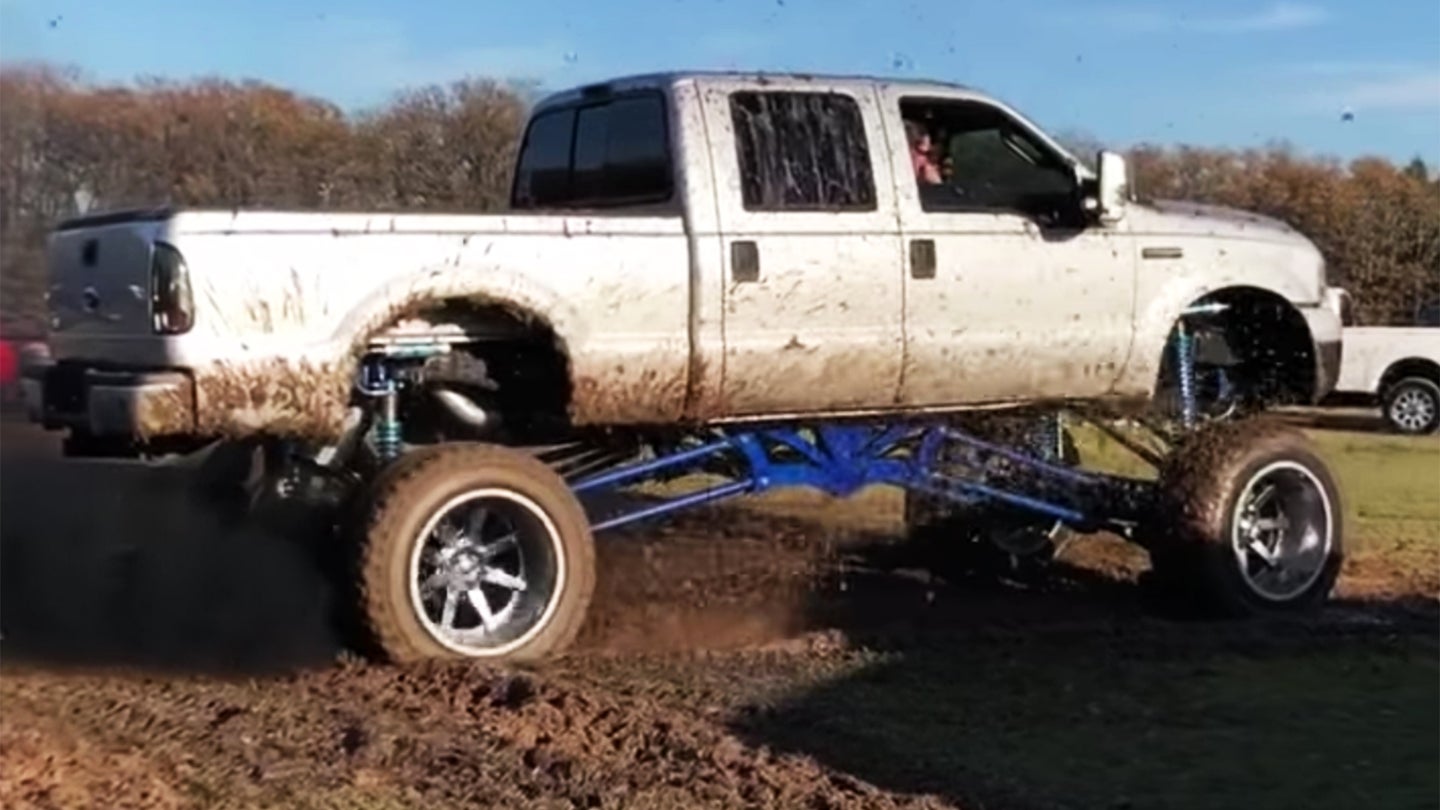 It's hard to resist an opportunity to clown on bro-dozers, pickup trucks whose inherent functionality has been destroyed with huge-yet-fragile lift kits and useless low-profile tires—especially when an owner's decision to cheap out on four-wheel-drive is completely exposed by a mere inch of mud.

This video originally emerged on Instagram from last month's Turkey Drag in Texas, which bills itself as the state's "largest custom camping car show." That means yes, a lot of freaky pickup trucks, at least some of which likely never stepped a tire off pavement before trundling into the muddy field being used for the event that day.

In the clip, a 2005 Ford F-250 Super Duty is seen and heard spinning its wheels and revving that big turbodiesel V8 as its driver futilely tries to extricate his rear axle from the shallowest mud bog imaginable. The unpowered front wheels (and lack of a front shaft) indicate that the owner decided to spend that 4WD money on a 22-inch lift kit and 24-inch rims. Either that or he's got what truck people derisively call a "bluetooth driveshaft," where the front shaft is removed to clean up the look of the undercarriage for a show, rendering the 4WD inoperable for...reasons.

What follows is two minutes of rocking back and forth and a lot of frustration boiling forth from the assembled onlookers. Particularly maddening is how close the driver gets to breaking free at a couple points, only to back off the throttle at exactly the wrong moment. Oh, and he's flinging globs of mud all over another formerly-pristine lifted pickup the entire time. It reminds us of the last bro-ified F-250 we saw heading off-road, except even sadder.

The video ends without resolution, concluding with the driver reversing dangerously close to his mud-covered neighbor and stopping as people scream to pull forward. Some say he's still out there, revving and rocking away.

Of course they did.