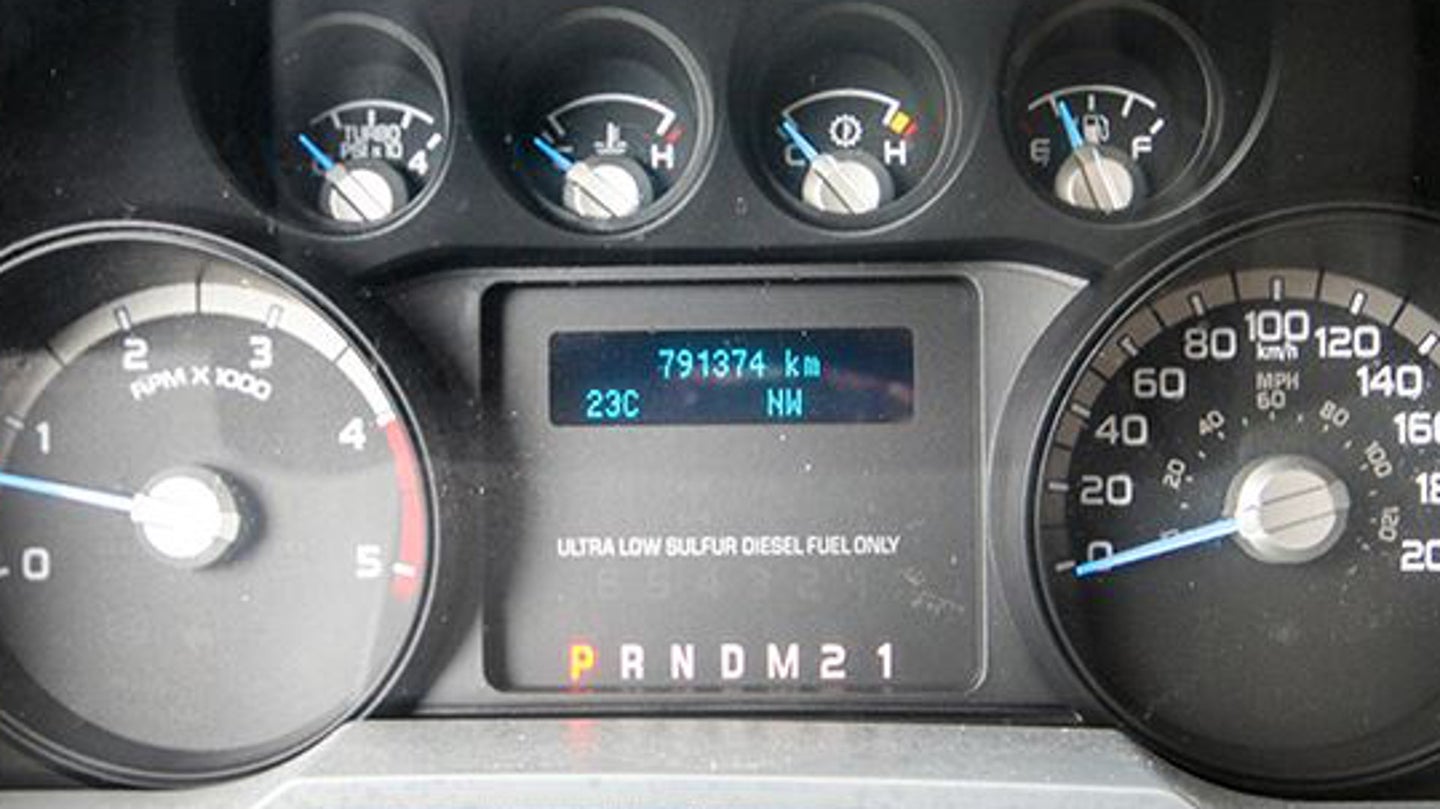 We Americans are known around the world for our century-long love affair with the humble pickup (kind of an oxymoron these days), but our neighbors to the north have their own ongoing romance with half-ton trucks. Case in point—this 2014 Ford F-250 XLT Super Duty for sale in Canada sports a staggering 492,000 miles on the clock and still costs $19,000 USD.

For those keeping score at home, that's more than the distance to the moon and back in less time than it took America to get the space program up and running in the 1960s. And frankly, it looks to have fared far better than your average Command Module on its epic journey. The bed definitely needs a new liner, the driver's seat and steering wheel could use a good scrubbing, and overall its a little tired, but we've seen pickup trucks cover a lot less ground and come out looking far worse than this.

Perhaps tellingly, there's no shot of the engine bay or description on how it runs in the otherwise comprehensive listing. But it definitely does run, as the photo showing off the odometer reading also shows the engine idling at a healthy 600 RPM with nary a warning light in sight. The 6.7-liter Powerstroke turbo diesel V8 is known to hit some impressive mileage totals, and though the F-250 doesn't come with any service records, 500,000 miles is definitely not impossible with regular maintenance.

We called up Tilbury Auto Sales and spoke to a very bemused sales manager, who at first didn't believe us that they had a truck with almost half a million miles (or 791,374 kilometers, because Canada) in their inventory. After checking the paperwork and confirming it was recently traded in, the manager gave his own theory as to why the Ford's previous owner had engaged in their own personal Space Race—it's also equipped with the framework for a fifth-wheel hitch and an extra bed-mounted fuel tank, so it seems likely it was used for long-distance hauling of some sort.

So is the mileage a bright red flag, or proof the truck will run for another 500,000? With that price, the dealer is hoping you'll see the latter.

Someone Took Their Dodge Ram Dually Pickup to the Autocross

It’s like watching a whale navigate its way along a small creek.

Just another trim added to the new world of luxury pickup trucks.