Honda’s nineties-tech-heavy Passport is one sweet graphics package away from actually being a cool idea. 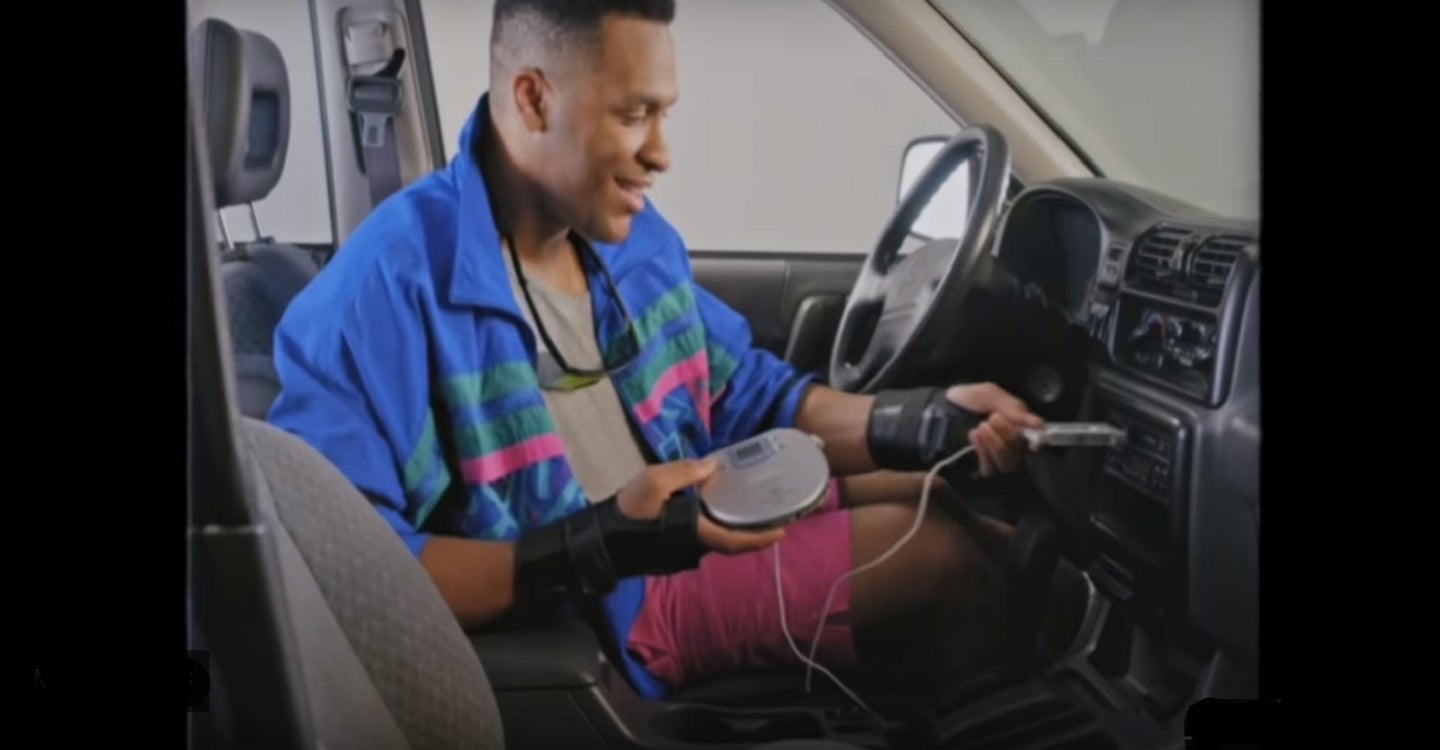 Everybody's on the nineties nostalgia hype train this year, including the team behind Honda's April Fools' joke this year. Meet the "Pastport," a beeper-holder-equipped Passport with old-school paper map navigation and a coin holder!

To which I say: Make the Pastport, but unironically.

While I wouldn't go so far as to remove the buttons from the steering wheel as some nineties rides had those, too, it's definitely time to bring back some of the cosmetic mods Honda skipped over in making this joke. Sure, few buyers are seriously jonesing for the Pastport's cassette-to-CD player feature, and certain present-day safety mandates all but require a decidedly un-nineties screen in your dashboard, nineties-style fun cloth seat patterns and splashy exterior graphics are ripe for a comeback.

It's easy to write off kid-haulers like the real-life 2019 Honda Passport as boring given the proliferation of silver-over-greige mom-mobiles out there. Adding the zebra-striped seats from a Honda Beat and teal-and-purple graphics you last saw on a junkyard Suzuki Samurai could help!

In the meantime, at least we have this joke along with the deep, April Fools-themed urge to tell the Radwood guys to delete their account.

Honda, to their credit, went all out with a telephone hotline for the Pastport, where you can hear nineties kid actor/"voice of Honda" Fred Savage talk about painful slap bracelets if you dial 1-833-PASTPORT. (Does anyone actually miss slap bracelets? I'm going to argue no.)

"Callers are encouraged to leave a detailed message on the Company's microcassette answering machine explaining why they'd like to own a Pastport," Honda notes on today's press release, so please get on their case about how badly we need stereo systems with "Funky Mode" to make a comeback. (Beeper holder optional, but cutesy just enough to work.)