Three medevac helicopters were rushed to the disturbing-looking crash scene, but no fatalities were reported as a result of the six-car collision. 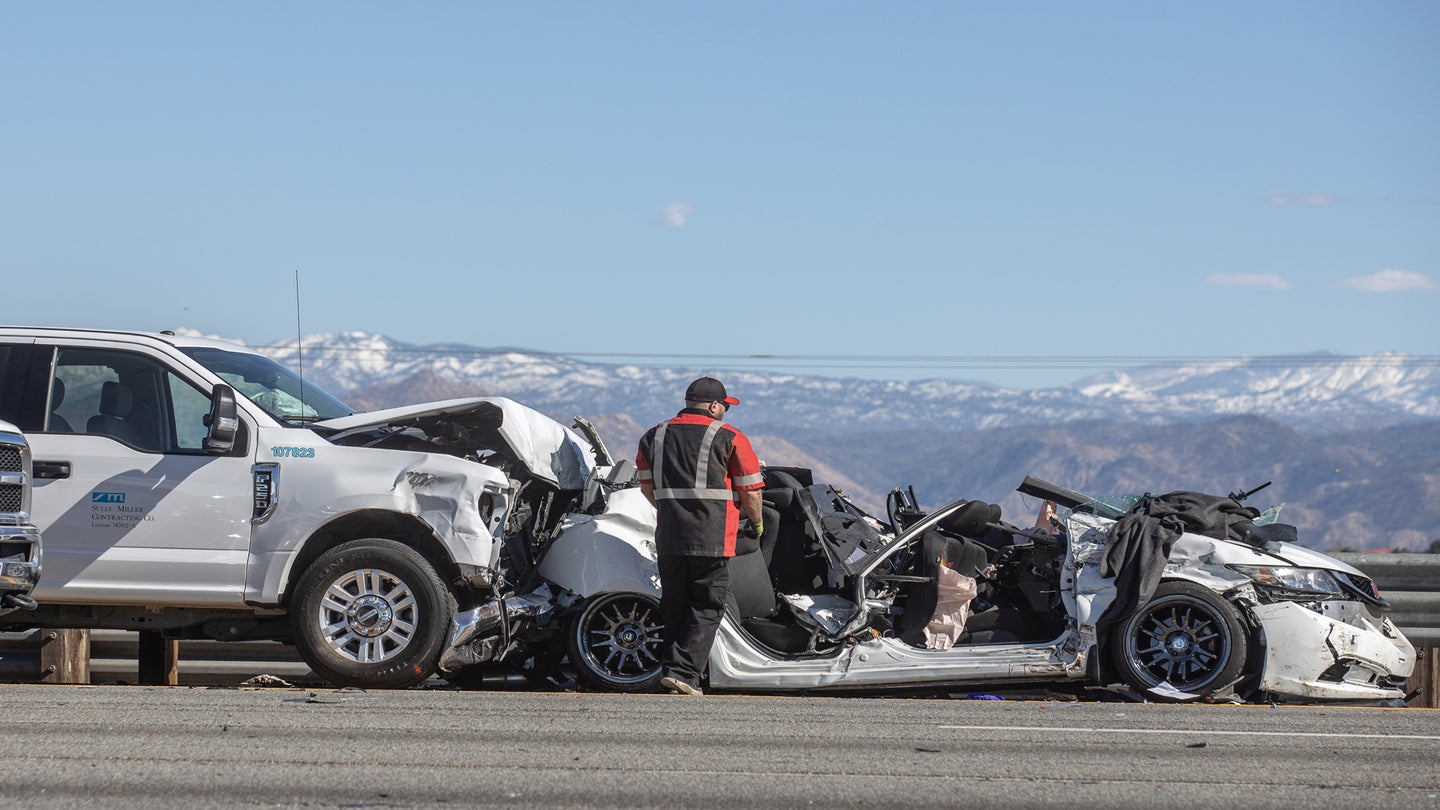 Interstate 15 in Hesperia, California was shut down for several hours on Saturday following a multi-vehicle crash that required three aeromedical helicopters to land on the scene. Luckily, no fatalities have been reported as a result of the violent crash.

Police say that a total of six vehicles were involved in the accident, but it was a modified Honda Civic SI that took the most damage, ultimately getting wedged between two of the three pickup trucks involved in the collision. A Toyota Camry was said to also have been involved.

Emergency crews verified that the three occupants of the Civic were trapped inside of the wreckage, further requiring extrication via the jaws of life. While the photo of the accident leads us to believe the Civic was decapitated as a result of the crash, it was actually firefighters who were called to shear the roof from the sedan to extricate the passengers. Three air ambulances were rushed to the site of the accident, citing to the extent of the passengers' injuries as the reason for the drastic call.

In total, four vehicle occupants from two cars were transported to a nearby hospital. Police have miraculously accounted no fatalities as a result of the crash.

Local news state that police shut down the highway for about an hour in order to treat the victims of the crash. Reportedly, five vehicles remained at the scene while one of the vehicles drove to a nearby gas station and waited for police officers. Emergency crews were able to aide in the safekeeping of the crash victims and open the highway back up in a timely manner.