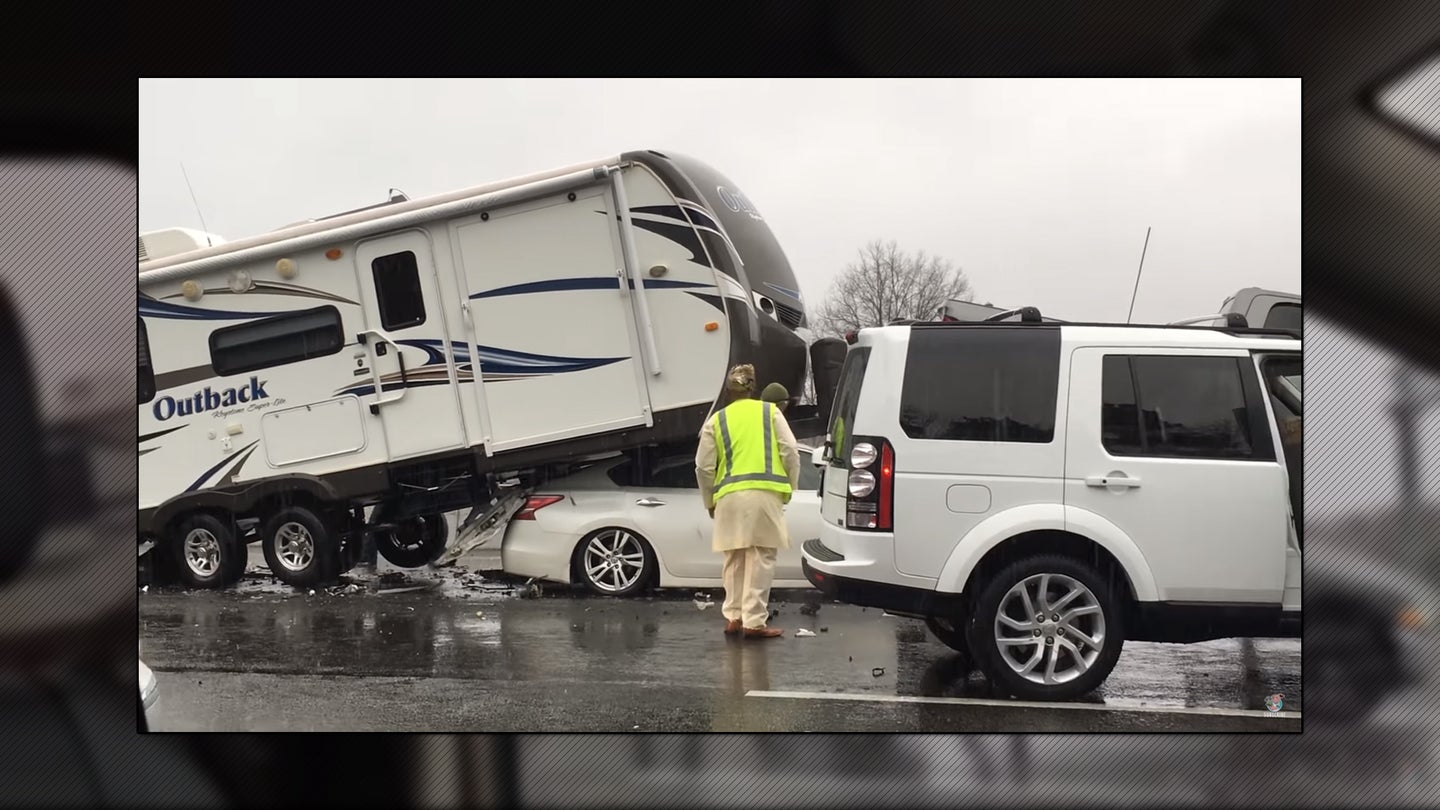 We've seen some cars end up in bizarre situations after being involved in an accident, but this is a new one. Earlier this month, a Nissan Altima was traveling on Interstate 264 in Virginia Beach when a failed attempt to merge into moving traffic resulted in the car becoming entangled with a Ram pickup and the travel trailer it was towing.

According to local news, the incident started around 10 a.m. on Jan. 13 when a Ram towing a Keystone travel trailer became stranded in the interstate's left lane. Emergency crews were dispatched to provide aid to the truck and trailer after reports of its brakes locking up. However, only moments later, the distress call would become an accident response call instead.

When emergency crews arrived they found a Nissan Altima wedged between the trailer and the Ram, lifting both into the air. State police say that the Altima was behind the stranded pickup and had attempted to and merge right into moving traffic while reportedly making a hands-free call on her cell phone. Unfortunately, things didn't go as planned and the sedan rear-ended the trailer.

"The car hit the truck pulling an RV trailer from behind. It drove under it all the way to under the truck's back axle," reads the YouTube description. "No one was hurt. My son, who’s in the Navy and is a Seabee stopped right away to see if help was needed. The lady was still stuck inside. I believe she crawled in the back seat and got out the opposite side back door. No one was injured."

Police say that all five parties (four of which were in the Ram at the time of the crash) came out unscathed. No charges were filed against either of the drivers.