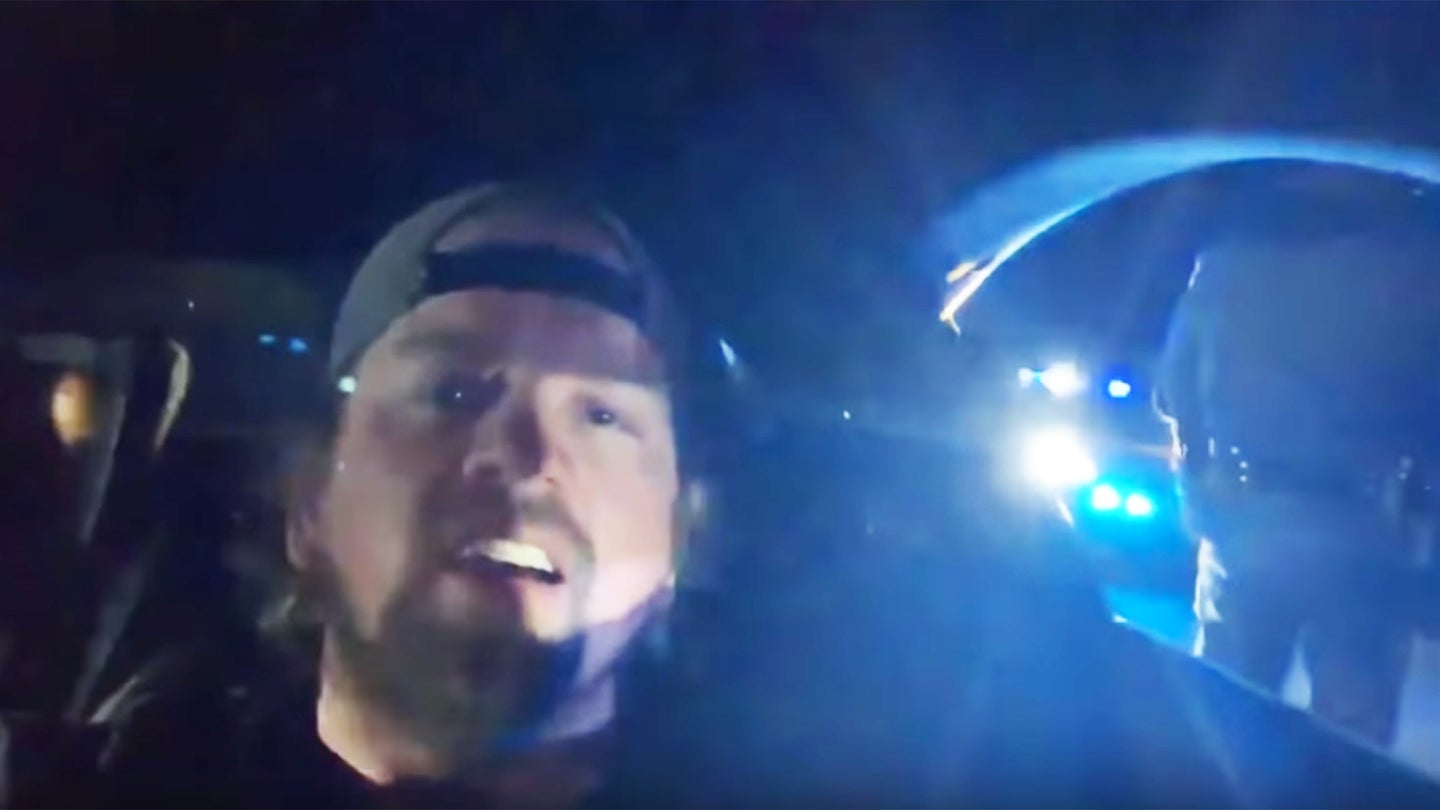 It's a sympathetic position: Behind the wheel of a performance car, on an open stretch of road, with nothing but sheer willpower to stop you from breaking the law. Still, we feel nothing but sweet, sweet schadenfreude watching this video of a Ford Mustang Shelby GT350 driver and erstwhile YouTuber get arrested in the middle of livestreaming a 185-mph top speed run on a public highway in Mississippi.

Fox News highlighted the tale of Beau Alan Rogel, who decided to post a live YouTube video showing him accelerating to 185 mph outside Jackson, Mississippi on Sunday night, all while he helpfully calls out his speedometer readings to the camera. But about halfway through the video stream, Rogel notices a set of flashing blue lights trailing him and pulls over to be confronted by not one but three police cars responding to reports of a reckless driver.

The stream continues recording his interaction with the local police, and one of the deputies remarks that the camera is still running. Rogel replies that he makes a small living to be on YouTube and that he even videos while "he takes a sh*t." At the end, the deputies let him go with a slap on the wrist and a message to "take it to the drag strip."

Lucky—for a moment. But it may not shock you to learn that Rogel has a felony record for larceny and embezzlement, and in the aftermath of the stop, police discovered several social media posts showing Rogel in possession of a gun, according to an update on the Rankin County Sheriff's Office's Facebook page. They also found the livestream leading up to the traffic stop. Based on these findings, police were able to execute a search warrant on his home on Monday.

Rogel was arrested and charged with reckless driving and possession of a firearm by a convicted felon. He was released on a $20,000 bond and is set to face a grand jury sometime in the future. In a fitting coda, Rogel's wife reportedly confronted the officers arriving to search the property and was arrested as well. She faces charges of disorderly conduct and resisting arrest.

A lesson in cause and effect.