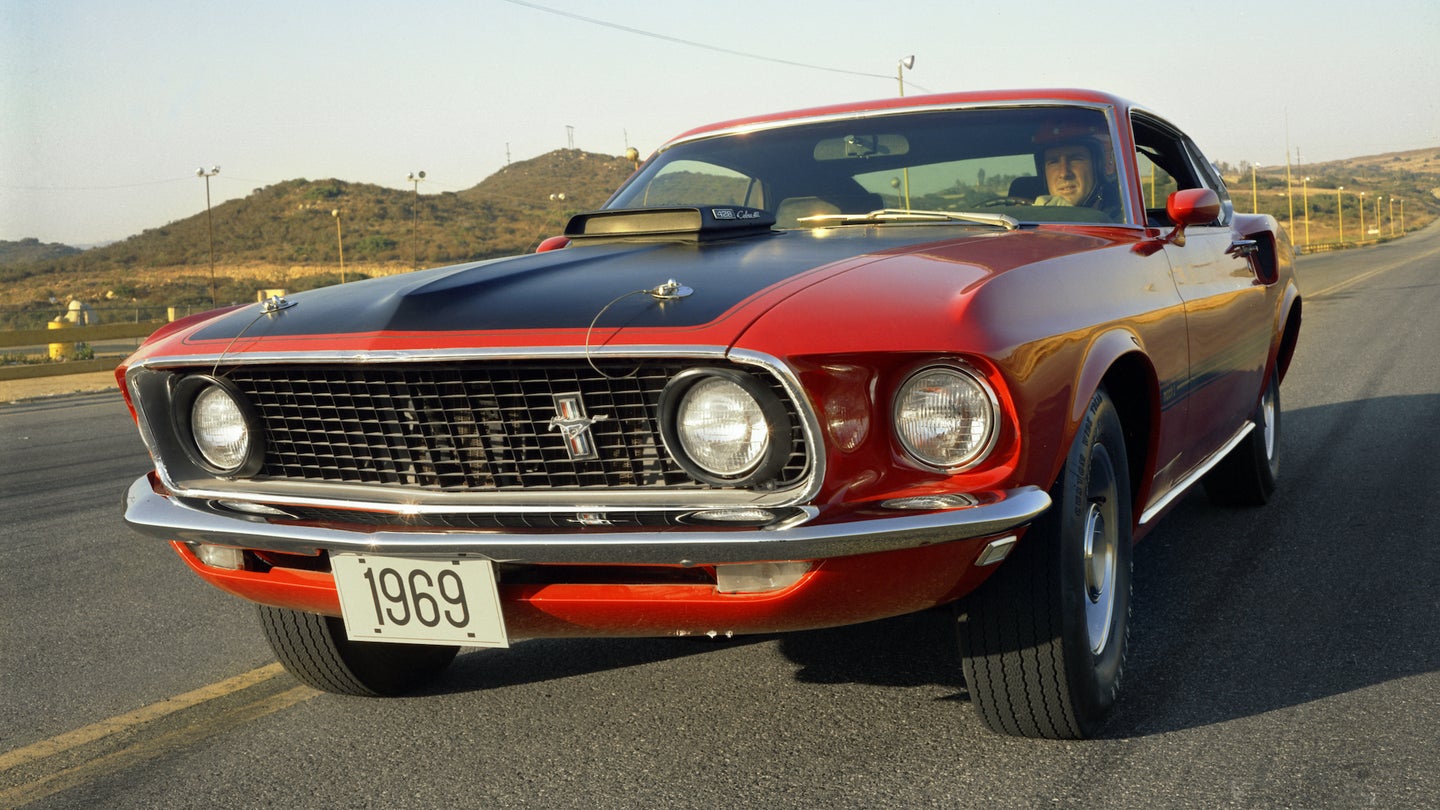 In the past day or so, VIN decoders allegedly corresponding to multiple 2021 model year Fords have surfaced on the internet. One of them was for the F-150 pickup truck, one for the Mustang Mach-E electric crossover, and one for the 2021 Mustang, which looks set to lose its beloved Shelby GT350 and GT350R trims—but more importantly—bring the Mach 1 nameplate back from the grave.

Posted this week to Mustang Mach-E forum MachEClub.com, the VIN decoder in question suggests that all engine options available on the 2020 Mustang will continue to be available for the 2021 model, sans one of the 2020 5.2-liter power plants. Both the naturally aspirated Voodoo in the GT350 and supercharged Predator in the GT500 share this displacement, but only the GT500 is listed as an available body style for the 2021 Mustang—so you do the math yourself.

In the GT350's place, Ford will allegedly sell the Mustang Mach 1, reviving a nameplate last seen in 2004 on the fourth-generation SN95 model. It's impossible to tell which engine would correspond to this trim, though the Mach 1 has historically not been the most powerful Mustang, so don't hang your hopes on it sharing the GT500's 760-horsepower heart.

Similarly, don't take this VIN decoder as absolute gospel, as it made its way online on April 1 without any letterhead linking it to Ford or the National Highway Traffic Safety Administration (NHTSA). As with the F-150 decoder, we tried to independently verify its contents through the NHTSA's public VIN decoder system by plugging in a sample VIN for the supposed 2021 Mustang Mach 1, which the database believed to be an improperly entered VIN for a 1991 model.

In our opinion, we think the Shelby GT350 should be somewhat safe, as Ford showed faith in the submodel by upgrading it yet again for the 2020 model year, something carmakers don't typically do for a swan song model year. Typically, anyway.

Ford's spokesperson for the Mustang, Berj Alexanian, was unable to comment on the supposed replacement of the GT350, citing company policy against discussing future product plans. He advised, however, that fans of the pony car "stay tuned as there's always more excitement around Mustang to come."