Whether or not your footwork’s any good, you can spec your Mach 1 for maximum performance. 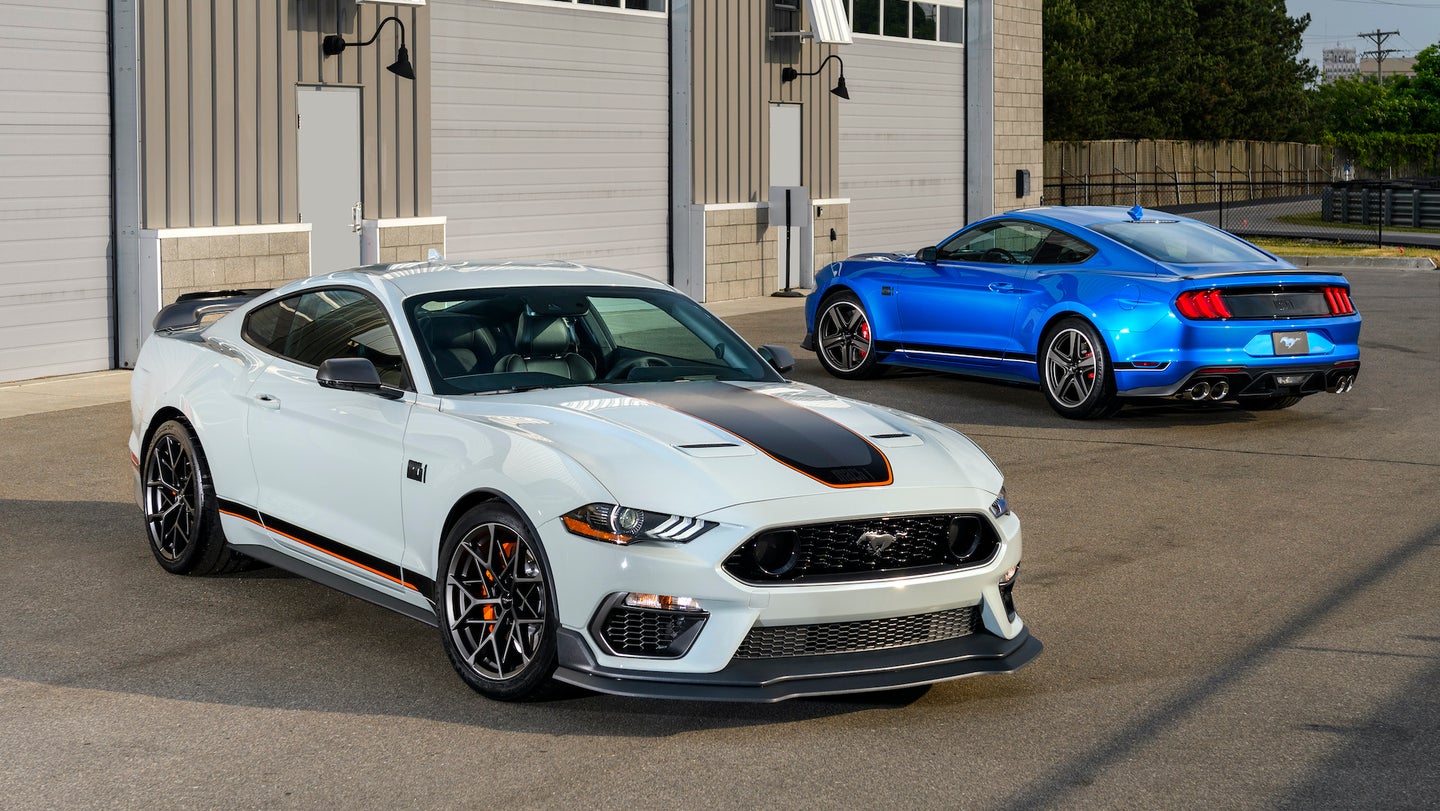 News of the Ford Mustang Mach 1's comeback was music to some enthusiasts' ears but dismay to others'. Sure, the Mach 1's optional handling package makes it an acceptable stand-in for the Shelby GT350 it's replacing, but being available only with a manual transmission meant it wouldn't be an experience accessible to everyone. An antithesis to the Mustang's power-for-pennies ethos. Now, it turns out Ford listened to outcries of the Mustang community and announced today that it will offer the Mach 1's handling package with both the manual and automatic transmissions.

Indeed, the ultimate 2021 Ford Mustang Mach 1 will be available with both the six-speed Tremec 3160 manual—borrowed from the outgoing GT350—and its more approachable alternative, the 10-speed automatic. With this box ticked, drivers less proud of their footwork will be able to probe the limits of the Handling Package, which stiffens up the Mustang at every point between the driver and tarmac.

A brake booster sourced from the Mustang GT Performance Pack 2, recalibrated power steering, and a strengthened steering column remove slop from driver inputs, while stiffened springs and sway bars plus altered Magneride tuning make the Mach 1 more manageable at the edge of adhesion.

Unique 19-inch aluminum wheels get wrapped in more than foot-wide Michelin Pilot Sport Cup 2 tires, whose camber is adjustable through the strut tops and whose traction is enhanced by aero borrowed from the Shelby GT500. Similarly derived from the Shelby are a host of heat exchangers on the rear axle, transmission, and engine, which itself is a Mustang Bullitt-spec, 480-horsepower 5.0-liter Coyote V8.

These last few goodies, however, are standard to all Mach 1s, which will start at $51,720 for base models. Adding the Handling Package will run an additional $3,500 and the 10-speed automatic an extra $1,595. The manual is a no-cost default. Order banks for the 2021 Ford Mustang Mach 1 open in January, and deliveries are promised in the Spring of 2021.