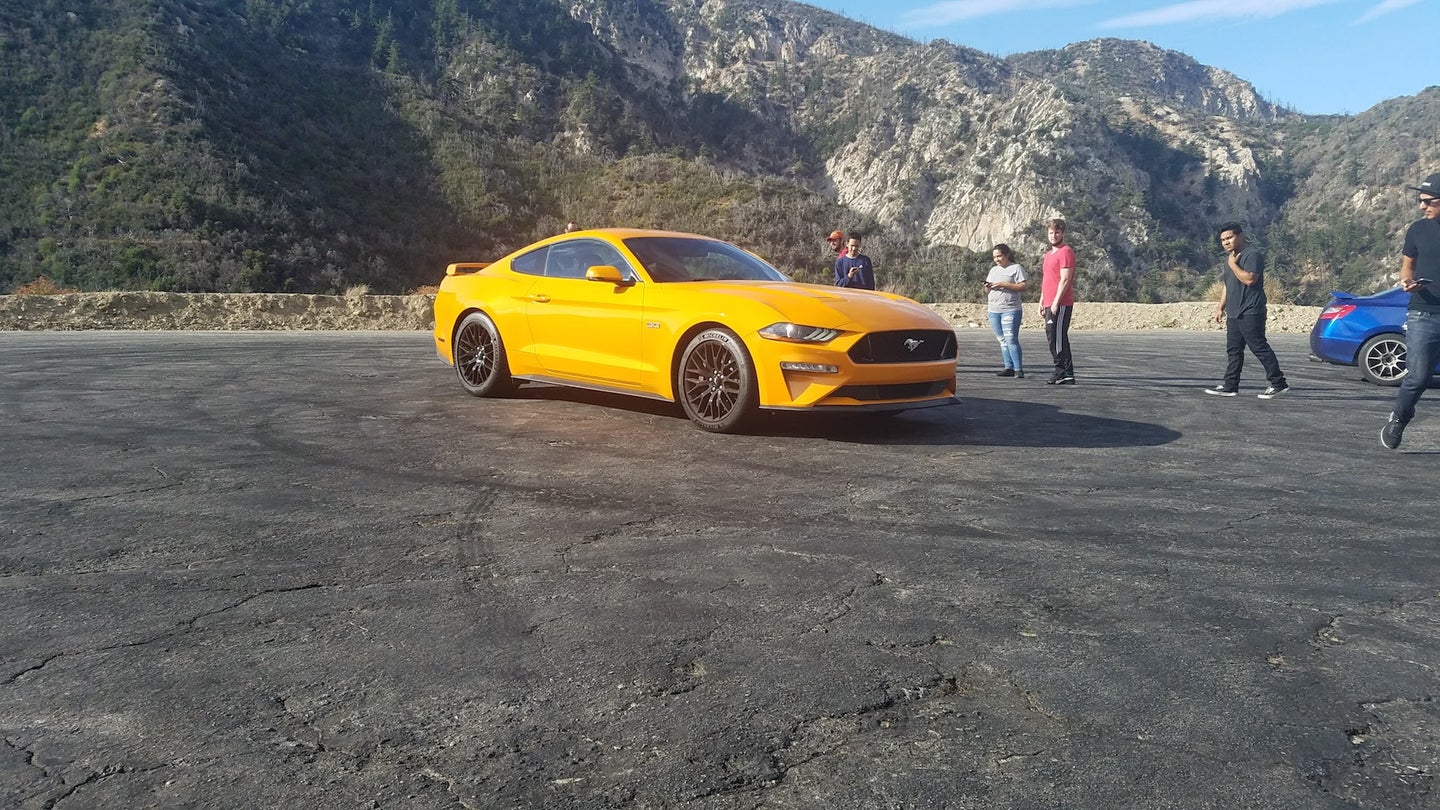 With nothing better to do this past Labor Day, my driving group headed to the Angeles Crest Highway for a relaxing canyon run, dodging the occasional wildfire and distracted driver. After a spirited tour of the Crest, we stopped at the photogenic "Sweidit" turnout for pictures and car-spotting. While Highway 2 is usually teeming with performance cars blasting around the twisties, even enthusiasts took Monday off. It was a quiet day—until a bright orange sports car came barreling down the road, and upon seeing our colorful car collection, pulled over and joined us.

The sports car in question was a face-lifted 2018 Ford Mustang GT, painted in Orange Fury with a manual transmission, one of just a few on the road. That's because the 2018 pony car isn't actually out yet—the lucky driver was one of the heads of Ford North America's PR department. Admittedly I never caught the man's name, as I was far more interested in drooling over his car (meaning he did his job well).

While the new Mustang's most noticeable upgrade is its facelift, Ford focused a lot on the innards this time around, pushing the performance benchmarks into entry-level supercar territory. The company also updated the GT's exhaust note, which now changes depending on the driving mode you're in. Owners complained that last year's model was too quiet and neighbors complained that it was too loud, so Ford has come up with the perfect compromise.

For those not interested in this example's estimated $47,000 price tag, you can build your own or find one in dealerships later this fall.  If you want some convincing, below is a brief demonstration of the GT's Comfort, Normal, Sport, and Track modes and their various sounds.