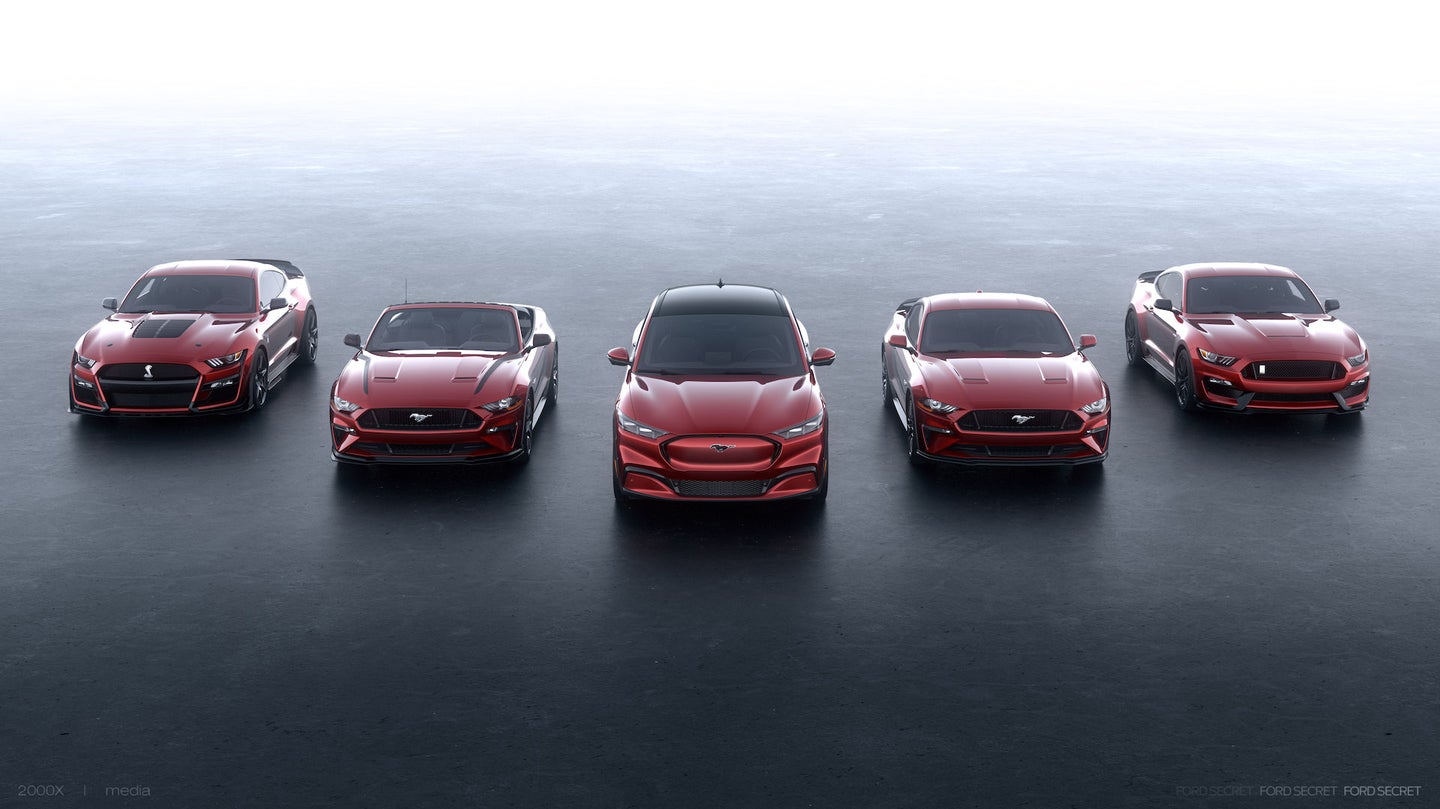 Ford’s controversial but hotly anticipated Mustang Mach-E electric crossover might’ve generated all the buzz this year at the 2019 Los Angeles Auto Show, but now it appears there's more news to come. After speaking with company executives, Evo learned that Ford Performance is looking forward to adding the Shelby touch to the new EV with a high-performance variant.

Yes, you read that correctly.

After speaking with Ford Performance’s chief program engineer, Ed Krenz, the British motoring magazine learned that Shelby wasn’t going to sit on the sidelines with the launch of the new Mustang Mach-E SUV, especially since it sports the Mustang name. That would be as sacrilegious as Dodge producing a Challenger model without even factoring its SRT performance division into the mix.

“I’m looking forward to the challenge of applying the Shelby characteristics to an electric car,” Krenz told Evo. “The trick for us is the fun-to-drive part, and sustainability in terms of charging. It needs to be capable to go all day on a track day—you can’t do 20 minutes and then have to charge it all night.”

Krenz obviously kept his cards close and didn’t reveal any details regarding potential performance figures. But if there was any inclination, Krenz suggested the Shelby version of the Mach-E would follow in the footsteps of the recently launched 760-horsepower Shelby GT500.

The biggest challenge with getting more performance out of the Mach-E, however, is still leveraging the performance and track goals with everyday driving. The more power engineers demand from the EV, the more taxing it is on the battery and charging systems, especially in terms of driving range.

The top-spec Ford Mustang Mach-E already promises a ton of performance right out of the box, with a zero to 60 time in the mid-three-second range from 459 horsepower and 612 pound-feet of torque from the top-specification GT Performance Edition. Battery range is estimated to be around 270 miles.

Should anyone want to mark their calendars, Krenz did say that it wouldn’t be at least until after 2021 that a Shelby version sees the limelight.