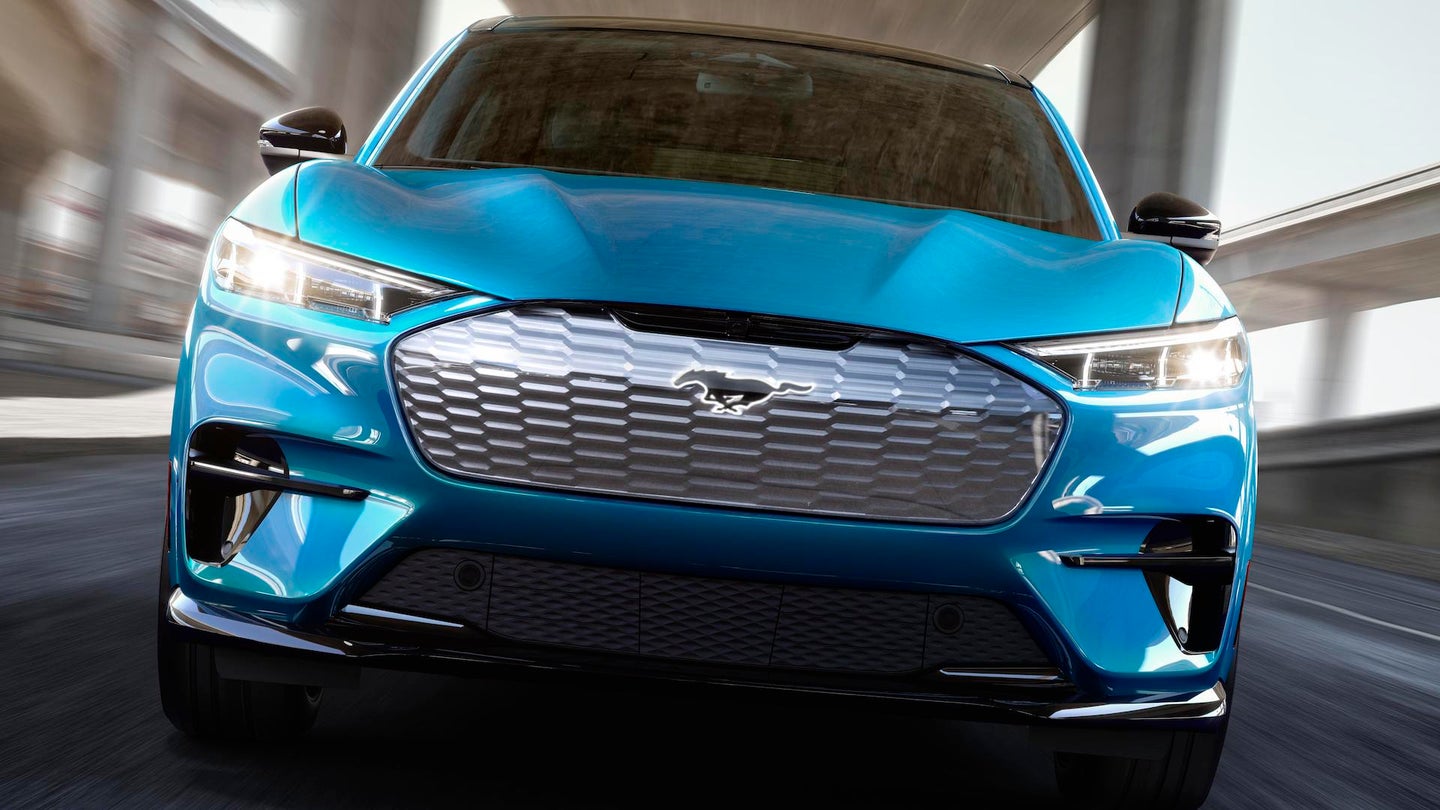 Ford's first mass-market electric model, the 2021 Mustang Mach-E, is out and it looks...Well, the Probe would certainly be proud. Anyway, most Mach-Es will look roughly the same, but the odd men out of the Mach-E lineup are the quicker, Mustang-paralleling GT and its GT Performance Edition superior, which will obviously be the enthusiasts' picks when they land in spring of 2021. Let's take a look at how these two stand out from the rest of the Mach-E lineup.

Both the base Mach-E and its GT brethren hide the mechanisms that open their doors. Fronts are opened by a small handle visible at the base of the B-pillar, and rears, by a button that pops them out. From there, a grip mounted low in the door lets occupants get their grasp. These unconventional handles mirror those used by Tesla, though rather than the troublesome, electronically retracting flush handles that are known to freeze over in the winter, the Mach-E's seem to be purely mechanical.

A Ford designer reportedly told Autoblog that these handles are crucial to slimming the Mach-E's drag coefficient to 0.30 as well as cleaning up its design; however, given the multiple issues that we've seen with Tesla's disappearing door handles, some of which have led to passengers getting trapped during accidents, we wonder just how much thought Ford has given to this design trait.

Up front is where the standard Mach-E and the GT truly differ. Base cars have a filled-in grille, whereas the GT gets a fake mesh pattern. To account for the Mach-E GT's wider wheels and tires, Ford had to open inlets along the edges of the front bumper to divert air around the rotating assemblies.

Both GTs and regular Mach-Es have spoilers on their sloping fastbacks. These are presumably functional, but serve more to cut drag than add downforce—which the GT's exclusive front splitter apparently will, though Ford has yet to disclose how much downforce this element adds. Odds are we won't find out until the GT and GT Performance draw closer to their launch in spring 2021.

Recharged Ford Probe Is the Quirkiest Electric Car Conversion Yet

Many are against turning classic cars into electric vehicles… But what if the car in question is one of the most reviled models in Ford’s history?

The crowds at Cars and Coffee won’t hear this one coming.