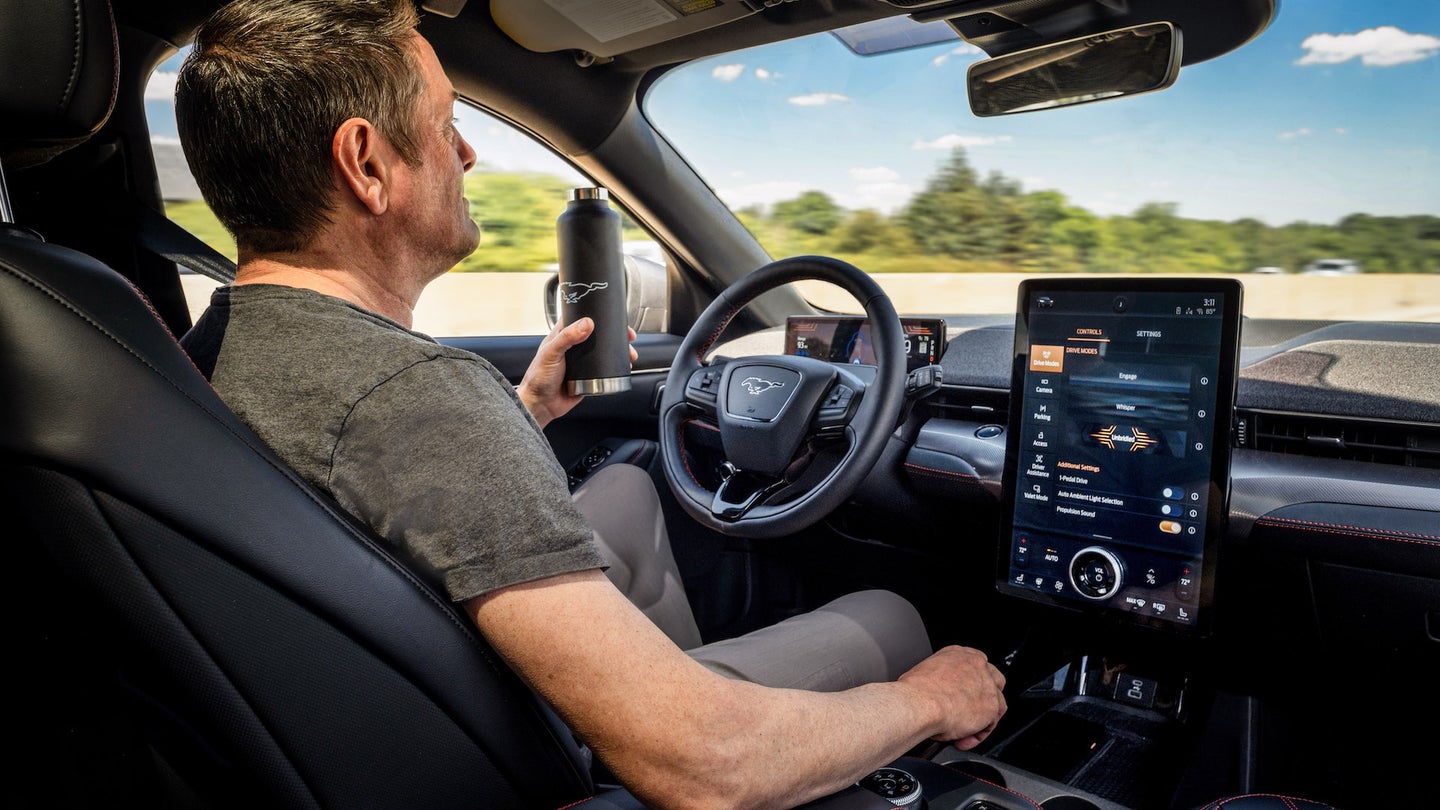 Unlike Tesla's Autopilot, General Motors' Super Cruise system can be legally operated hands-free on 200,000 miles of North American highways. But soon, however, GM will find itself challenged by longtime Detroit rival Ford, whose Co-Pilot360 system will also be capable of hands-off driving in just over a year.

An augmented version of Ford's current Active Drive Assist system, Co-Pilot360 will be useable on over 100,000 miles of divided highways across the United States and Canada come Q3 2021. Ford owners will be afforded these hands-free driving privileges by a suite of cameras and radar sensors proven by 650,000 miles of on-road testing, and a driver-monitoring camera, which watches the operator's eyes and head to ensure they remain attentive of road conditions. Five-star Euro NCAP safety ratings will soon require systems such as these, making them one of vehicular safety's next big frontiers.

By contrast, Tesla's Autopilot remains illegal to operate without hands on the steering wheel; Tesla's website states that the system is "intended for use with a fully attentive driver, who has their hands on the wheel and is prepared to take over at any moment." While the difference between hands-on and hands-off assists may sound like semantics, Tesla owners' eagerness to "hack" their cars' Autopilot systems into working without hands on the wheel demonstrates the feature's importance to technophilic car buyers.

The first Ford available with the hardware necessary for Co-Pilot360's hands-free operating mode will be the 2021 Mustang Mach-E, which customers can order with a "Ford Co-Pilot360 Active 2.0 Prep Package." With this installed, Mach-E owners will receive the hands-free mode via an over-the-air update in the third quarter of next year. Ford will also include other Tesla-tackling features such as Active Park Assist 2.0, which already gives Fords the ability to park themselves, as well as ease out of spaces when other drivers park too closely.

The Blue Oval is more than eager to draw further comparisons between itself and Tesla, as shown by the below infographic comparing the safety systems of its Mach-E to Tesla's reportedly production quality-plagued Model Y. It will soon face comparison to additional players in the automated driving assist field, though, as GM's Super Cruise is set to evolve into city-compatible Ultra Cruise, and BMW is also set to join the fray, though the maturity of its driving-aid technologies remains unknown.

The race to hands-free driving is very much on, folks.