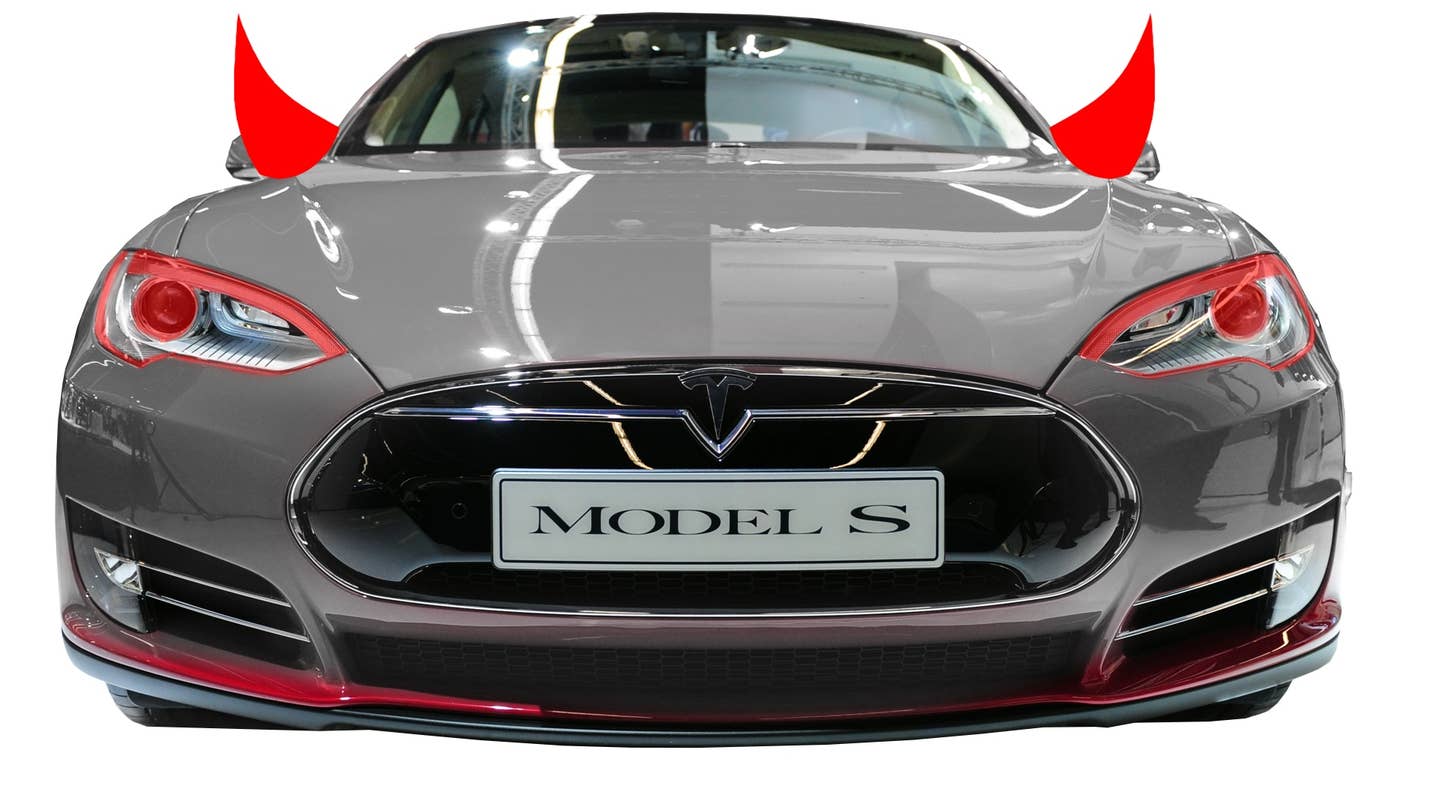 Volvo has never shied from being first in safety. Company engineer Nils Bohlin introduced the three-point safety belt in 1959, an innovation estimated to have saved more than one million lives. The year 1972 brought the first rear-facing child seat. Side airbags and rollover protection, plus autonomous braking for cars, pedestrians, and now large animals—all Volvo firsts.

So when the Swedish automaker has something to say about keeping people alive in cars, the world listens. And here’s what Dr. Peter Mertens, Volvo’s esteemed research and development chief, has to say about Tesla’s ballyhooed Autopilot system:

“Every time I drive (Autopilot), I’m convinced it’s trying to kill me,” he says, dryly. We’re chatting over dinner near Marbella, Spain, just after my tests of the 2017 Volvo S90 sedan and V90 wagon.

Those impeccably safe, oh-so-Scandinavian cars feature the company’s new Pilot Assist, which can help steer the Volvos on the highway. (Albeit a bit clumsily, with the type of tardy adjustments and ping-ponging between lane markers that hamstrings similar units from Audi, Infiniti, and Mercedes. Hey, it's a start). But despite Volvo’s pioneering history, Mertens says the company won’t be joining the race for so-called “Level 3” autonomy. That’s the level at which, according to the National Highway Traffic Safety Administration, “a vehicle is designed so that the driver is not expected to constantly monitor the roadway while driving.”

Like radar-guided Santas, Nissan, Ford, and others have promised the gift of autonomous cars by around 2020. Mertens may be Grinch-ier, but I’m on his side, cynical though it may be, when he says those carmakers are peddling a fantasy.

Tesla, as we’ve emphasized, has cautioned owners that Autopilot is Level 2—that is, several levels shy of infallible. Think "personal assistant" rather than "chief executive." A vigilant driver, always ready to seize the controls, is necessary to the system. But Merten’s voice joins a growing chorus of skeptics who accuse Tesla of talking a clear-eyed game on Autopilot in public, while actually winking to drivers who can’t resist waving their hands in the air whenever a Tesla and a GoPro beckon.

Tesla isn’t necessarily a villain here. Elon Musk, with his boundless enthusiasm and Technicolor visions, is among this century’s leading pioneers and problem-solvers. Like a Henry Ford before him, he’s big on being first and tying competitors into knots. That philosophy must involve risks and exigencies, such as recruiting customers as virtual Beta testers. Volunteer crash-test dummies is another story, but we'll let you and Tesla owners duke that one out.

But Level 3 autonomy has quickly become the bête noir of the industry. Critics see a neither-nor limbo, with technology just good enough to make drivers drop their guard, but not good enough that driving off a cliff is an impossibility. Volvo, along with Ford, has proclaimed a goal to skip Level 3 entirely, until drivers can be safely assured that their participation is optional. Shooting for but missing Level 3 autonomy, Mertens says, would create his nightmare scenario: a car that gets flummoxed by one of thousands of variables, then asks a daydreaming co-pilot to wake up and save the day.

“Let’s say the car suddenly can’t make a tight corner,” Mertens says, a scenario I’ve personally experienced in virtually every self-steering automobile. “That puts the driver in a super stressful situation, and he's not ready.” Once divorced from the driving task, Mertens says, humans can require 10 to 35 seconds to fully re-engage. That attention gap could be littered with crushed cars and more than a few corpses with stiff fingers still clutching an iPhone.

Mertens, whose stuffed résumé includes directing global safety and quality at Jaguar Land Rover plus stints at Tata Motors, Daimler Chrysler and General Motors, insists it will be 10 to 15 years before cars apply for robotic Uber gigs. In other words, true Level 4 autonomy, the nirvana that would free drivers to nap, chug beer, or get lucky in the back seat, is far closer to 2031 than 2020. Volvo engineers add that, for now, drivers have no interest or trust in cars with no steering wheels, accelerators, and other traditional controls.

Logic suggests that even today’s fast-advancing robotic systems, including the ones spreading to even budget cars, are already preventing accidents and injuries. And we’ll agree that some drivers deserve to be put out to pasture (or perhaps stuffed and mounted). Yet with the world mesmerized by autonomy, people and their amazing cognitive and spatial skills are being overlooked and underestimated.

Just three years ago, researchers in Japan and Germany needed 40 minutes and nearly 83,000 processors to simulate just 1 second of the real-time activity of a human brain, which holds up to 100 billion nerve cells, about as many stars as there are in the Milky Way.

“Even if humans cause 95 percent of accidents, they’re still far superior to the semi-autonomous systems now,” Mertens reminds us. “No one counts the millions of accidents that humans manage to avoid, every minute and day around the world.”