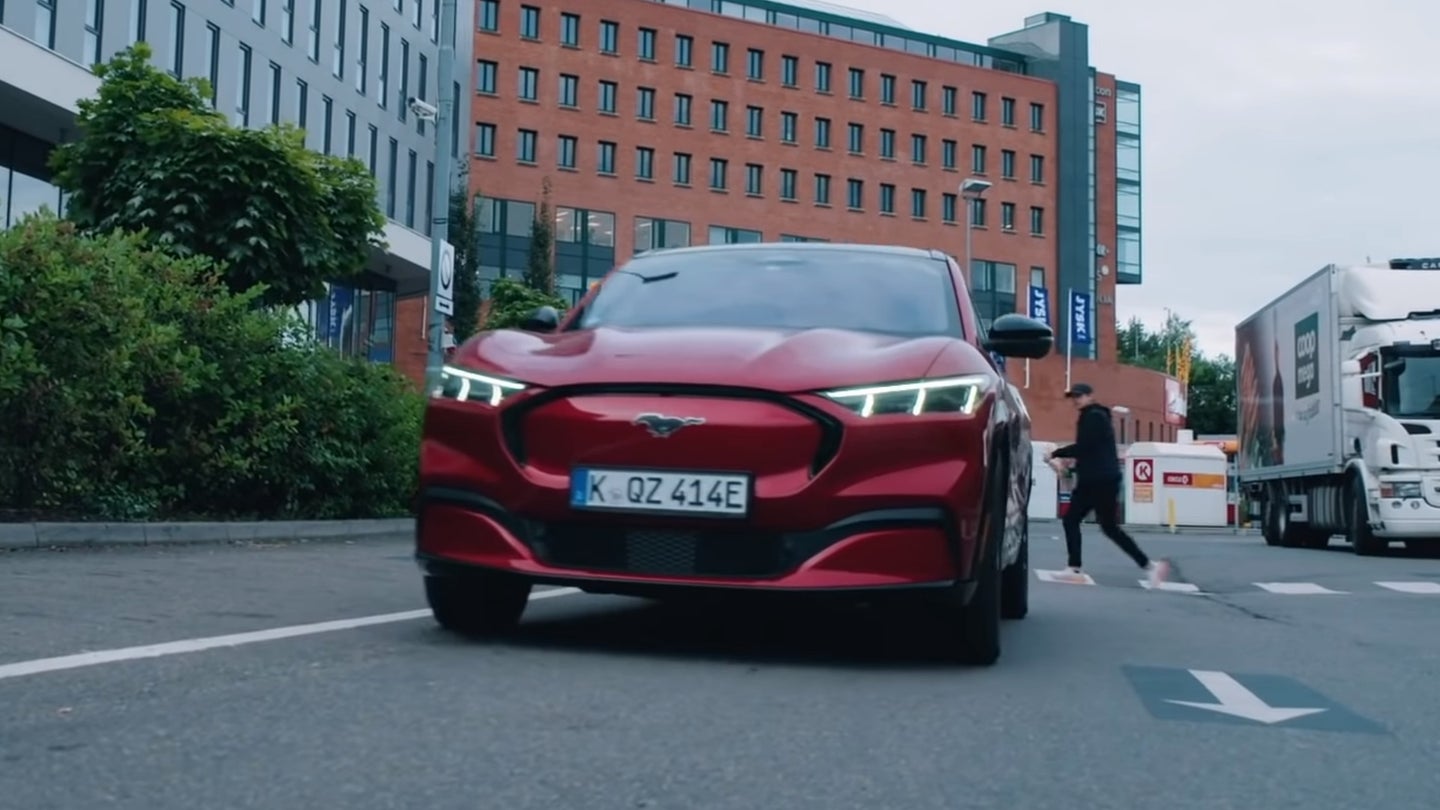 EV range is a bit contentious. American agencies test range in a certain way, Europeans test it other ways, and automakers' own teams usually do their own thing. In a nutshell, the only way to really get a handle on it is to go for a drive, so that's what Gunnar Berg—the CEO of Ford Norway—just set out to do. The result? Over 350 miles of range.

Berg drove a Mustang Mach-E from the city of Trondheim in Norway's icy north to the nation's capital, Oslo, in the south. This journey of 301-miles went better than expected.

Not only did Berg make it to Oslo—he made it there with range to spare. With 14% of his battery left on arrival, he could've kept going for another 54.8 miles. That adds up to a total theoretical range of 355.8 miles, beating Tesla's long-range Model Y by just about 40 miles, according to InsideEVs.

Interestingly, that's better than Ford's estimate for its long-range, all-wheel-drive Mach-E. The Dearborn automaker says 335-miles should be expected when road-tripping in an AWD variant of the SUV like Berg was. The rear-wheel-drive version's range is said to be better, at an alleged 379-miles.

This test, although surprising, should be taken with a grain of salt. The Mach-E has not been delivered to customers yet, the test was ultimately performed by a Ford employee, and the specifics of it aren't exactly clear—we are only told it's AWD. So while 355.8 miles of range is certainly impressive, the real figure will arrive when the Environmental Protection Agency (EPA) and real-world customers get their hands on the electric pony.