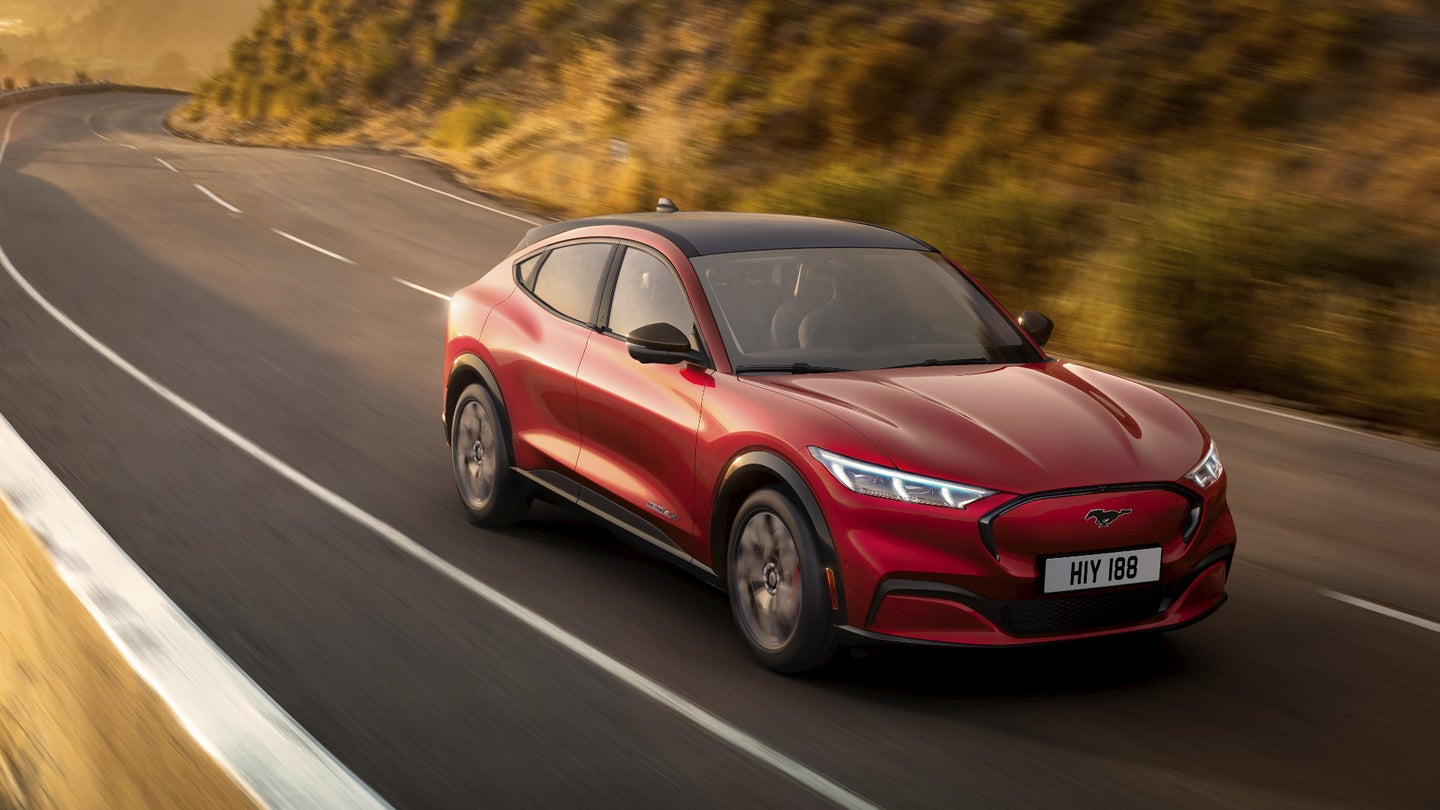 The Environmental Protection Agency (EPA) has disappointed a few automakers when it comes to determining an electric car's driving range, but probably none like Porsche and its Taycan EV. Accused of being conservative, the agency's estimates are nonetheless what get plastered on the headlines—a bad thing for automakers who overestimate ranges, and a good thing for those who are spot on. That's the case for Ford and its all-new Mach-E electric crossover, which has finally had its driving range certified by the EPA.

Today, the Dearborn automaker announced that the extended range, rear-wheel-drive version of the Mach-E will be getting a full 300-miles of driving range per the EPA—just like it originally estimated. The other estimates for models with different powertrain configurations were also spot on. The standard Mach-E's range of 230 miles was upheld, as was the extended range AWD model, which will offer 270 miles when fully charged. The only exception was the standard range AWD model, whose range was adjusted from 210 miles to 211 by the EPA.

This is really good news. If you're aware of the aforementioned Porsche example, you'll know that the EPA's findings can vary greatly from its counterparts in Europe, who use different testing protocols to determine the same variables. In the case of the Taycan, the organization estimated the car's range to be just 201 miles, which upset Porsche enough to make it hire a different company to do its range estimate, which it did. The automotive testing group AMCI estimated the range at closer to 275 miles in reality.

In a previous test performed by the CEO of Ford Norway, the extended range Mach-E was able to exceed the EPA-estimated range with battery charge to spare. Arriving in Oslo after a 301-mile trip from Trondheim, it still had 14 percent of its battery remaining, which in theory, could amount to a 355.8-miles range.

So while Ford's estimates are confirmed by the EPA—they will always be just that—estimates, much like with miles per gallon on regular cars. Sometimes you squeeze an extra couple of miles, but other times you come short just by... a couple of miles.