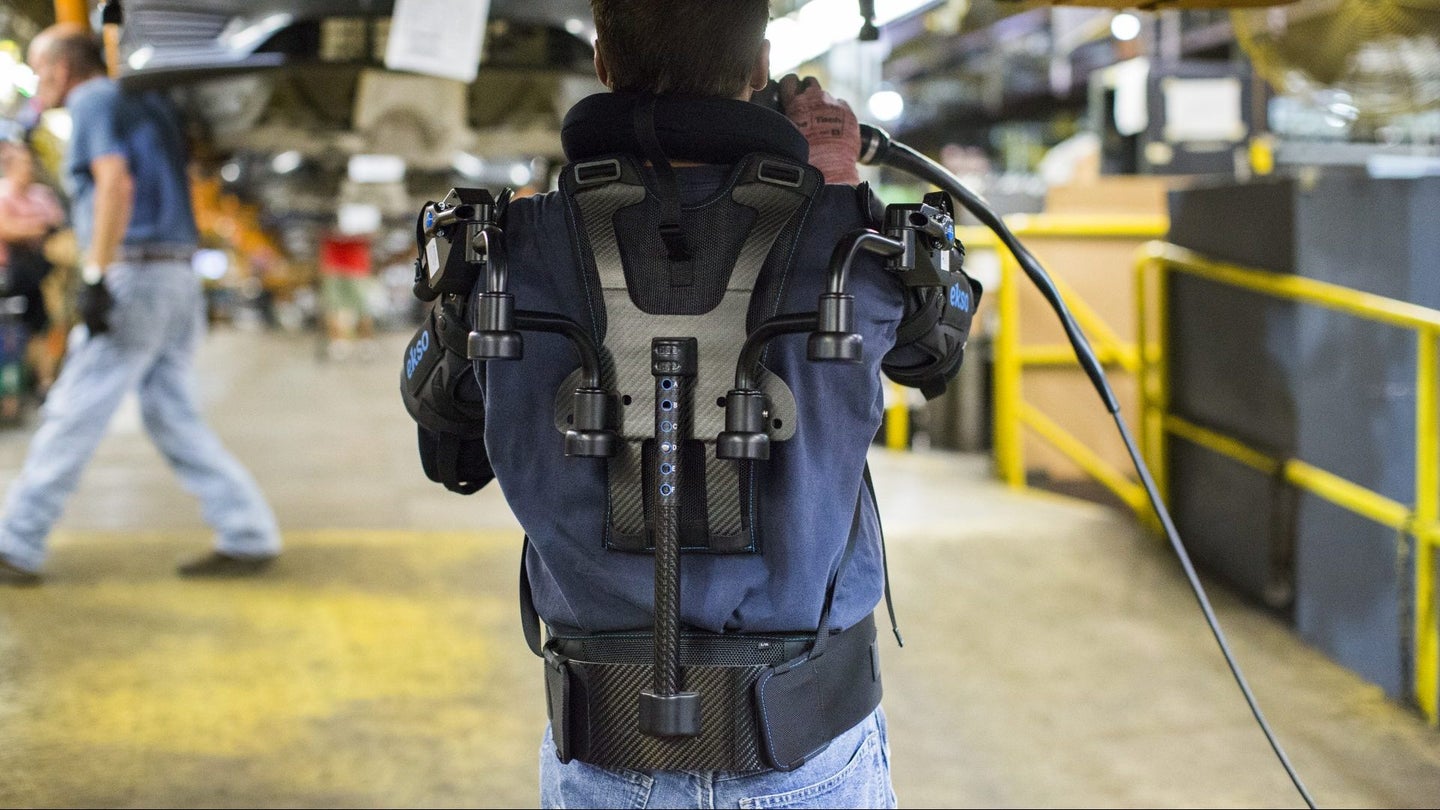 The Ford manufacturing plant in Valencia, Spain, is mechanizing some of its workers with exoskeletons that improve the endurance and morale of its older employees.

Ford began its evaluation of augmentations for assembly line workers last year when it trialled the "EksoVest" upper body industrial exoskeleton on laborers in in two of the company's U.S. factories. The American automaker announced Friday that its exoskeleton program has been fully implemented in its Valencia factory in Spain with nine rigs of carbon fiber and titanium deployed at present and another twenty employees slated to try out the exoskeletons in April.

"Ford currently uses two different types of exoskeleton at the plant in Valencia, supplied to Ford by outside companies," a Ford Europe spokesperson told The Drive. "The units augment the user's physical endurance rather than strength, as tasks in the plant involving heavier or bulk items are handled by robots or machinery."

Ford's spokesperson states the company has not quantified a productivity increase, but that its employees benefit from less fatigue after a shift as the age of employees benefiting from the exoskeletons range from 30 to beyond 50.

“My job can be like a workout at the gym and you really need to be fit to tackle some of the tasks," stated 34-year-old Ramón Navarrete of the Valencia plant in Ford's release. "The exoskeleton suit makes a big difference and at the end of a shift I feel much fresher.”

Ford is undergoing a comprehensive reexamination of standard industry practices in testing, production, and even sales. With ultra-specialized test rigs for seat wear, the aforementioned EksoVest test program in Michigan, and online vehicle sales via Alibaba in China—no facet of business is worth ignoring in the tumultuous business environment that is transportation today.

Watch This Ford Focus RS Used as a Taxi in Norway

Evald Jåstad takes ‘Blue Lightning’ around Odda picking up passengers along the way.

It’s been out of the hands of the Ford family since 1951 and they really want it back.