Tony Stark may be fictional, but if you work at a Hyundai plant, you can at least pretend to be him. 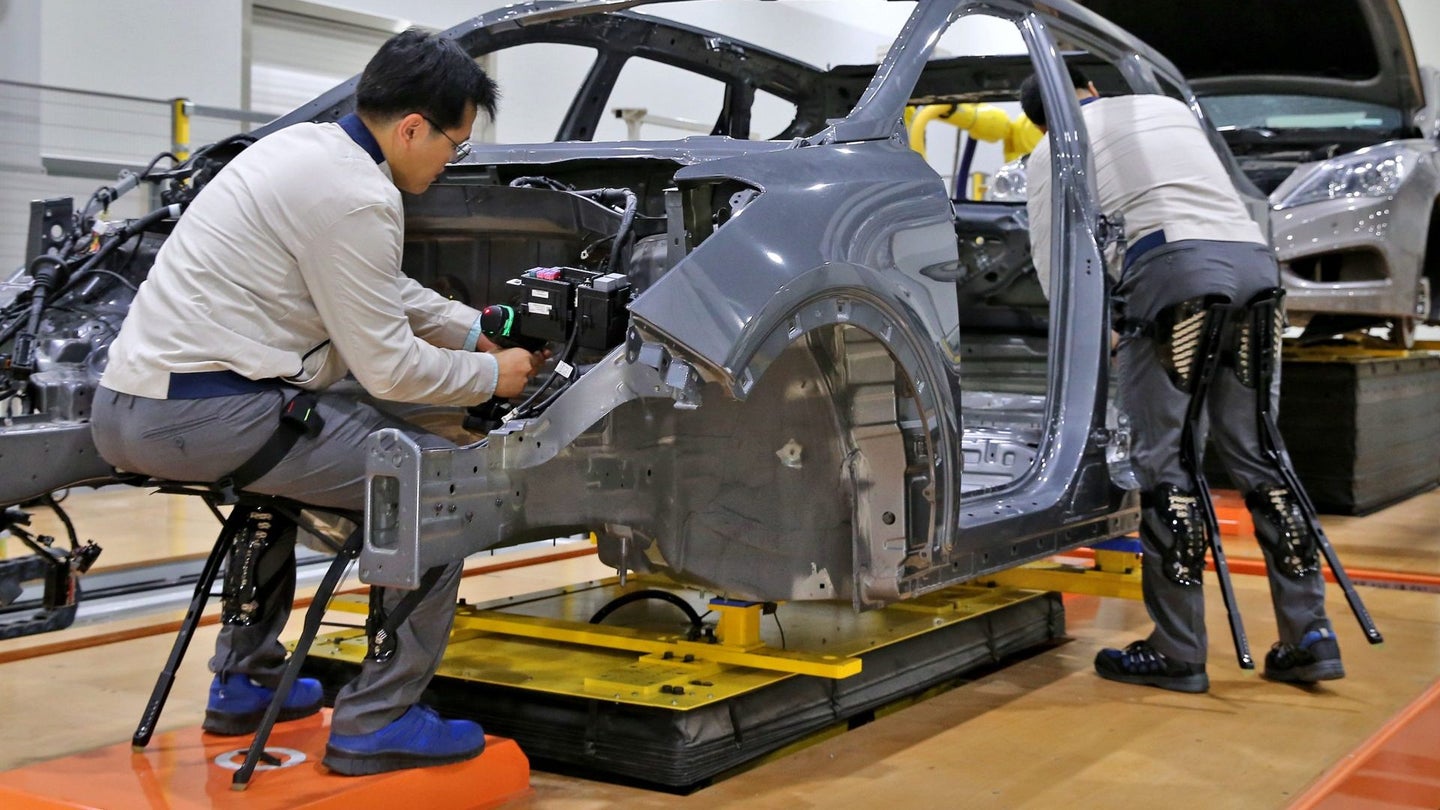 Hyundai announced Monday that it will deploy a new exoskeleton for testing in its manufacturing facilities by the end of 2018. The intricate wearable structure aims to reduce fatigue and the risk of injury among factory workers.

Called the Hyundai Vest Exoskeleton (H-VEX), the exoskeleton will give assembly line workers an additional 60 kilograms (132 pounds) of strength when lifting parts into place above their heads. In addition to being beneficial for line workers, the automaker also aims to increase productivity. Hyundai plans to roll out the technology in its North American factories by the end of the year.

H-VEX is a huge step up from Hyundai's first exoskeleton, HIMSU, which more closely resembled a Boston Dynamics prototype than an industry-ready technology.

The H-VEX will add to the automaker's current worker aid called the Hyundai Chairless Exoskeleton, or H-CEX, pictured above. H-CEX is a 1.6-kilogram (3.5 pounds) adjustable brace that wraps around a laborer's legs and allows them to assume a squatting or sitting position for long periods of time without straining their knees, but also without the use of a chair. This device is already used in Hyundai's manufacturing facilities, and H-VEX will soon join it.

Hyundai isn't the only automaker to make significant use of exoskeletons in its factories. As of August, Ford employees in 15 different factories were using an exoskeleton vest similar to H-VEX, called EksoVest. Ford's solution is a lighter-duty one, offering a maximum of 30 pounds' support for workers lifting over their heads, but we can't imagine you'd find an assembly line worker that would reject just a little robot help on the job.