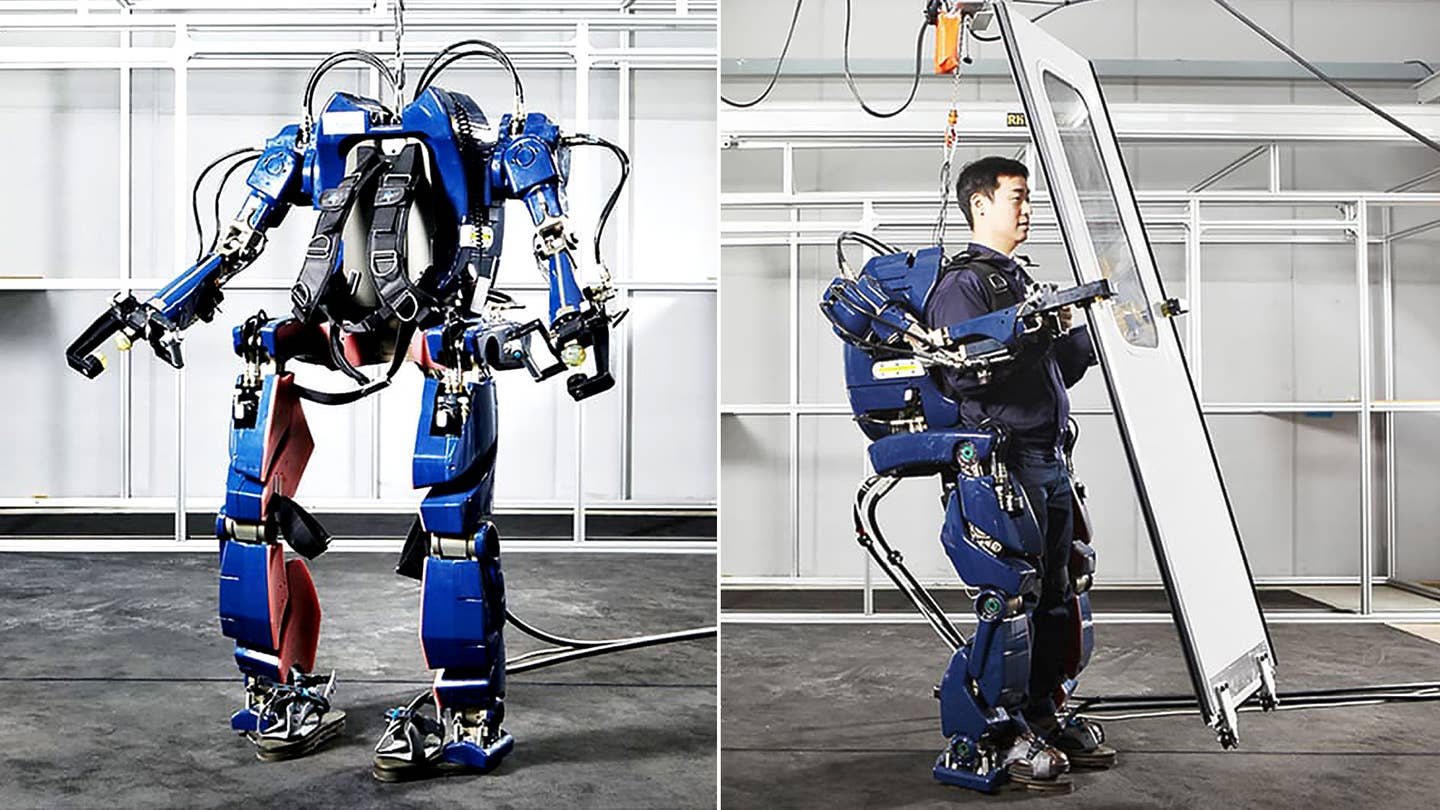 Hyundai has spent six years developing a prototype the automaker calls an “Iron Man suit," but the suit doesn’t come on command, isn’t weaponized, can’t fly, and most importantly, isn’t red and gold. Nevertheless, the HIMSU (Hyundai Iron Man SUit) is actually more like the exosuit from Edge of Tomorrow, or better still, the Caterpillar P-5000 Work Loader from Aliens. Why is Hyundai in the bionic rat race for human power multiplier machines? For the same reason Audi, BMW, Daewoo, Honda, Panasonic, Toyota, and DARPA are working on them, and for the same reason Lockheed has an entire division devoted solely to exoskeletons: stronger people, especially the people in factories and on the battlefield, can produce more efficient outcomes.

Sure, there are mobility and biomedical reasons – “wearable robots” are meant to “lead to the free movement of people and things," and they can help the aged do more. To that end, the exoskeleton Hyundai just introduced is said to be a development of the automaker’s H-LEX (Hyundai Lifecaring ExoSkeleton) platform, which was itself the combination of two other personal mobility assistants unveiled last year. In late 2015 the Korea IT Timesreported Hyundai wants to commercialize the H-LEX by 2020, and the carmaker says the HIMSU is aimed at retail sales as well. Alongside the large exoskeleton, Hyundai released images of a more refined wearable robot consisting of leg and spine supports, used to help the elderly and disabled get around upright.

We’re not sure how strong the HIMSU can make you, though. Some outlets report that it can help a human lift objects “as heavy as 60 kg (132 pounds),” others say “an object over 60 kilograms,” and “it can handle lifting roughly 220 pounds,” and “it can lift objects weighing ‘hundreds of kilograms.” Amid this confusion, it's worth mentioning that it seems like a waste to strap into all that mess just to lift 60 kg. If Hyundai can’t give us an Iron Man suit that flies, the least the carmaker could do is make a suit powerful enough to lift one-fourth of a Hyundai Accent.