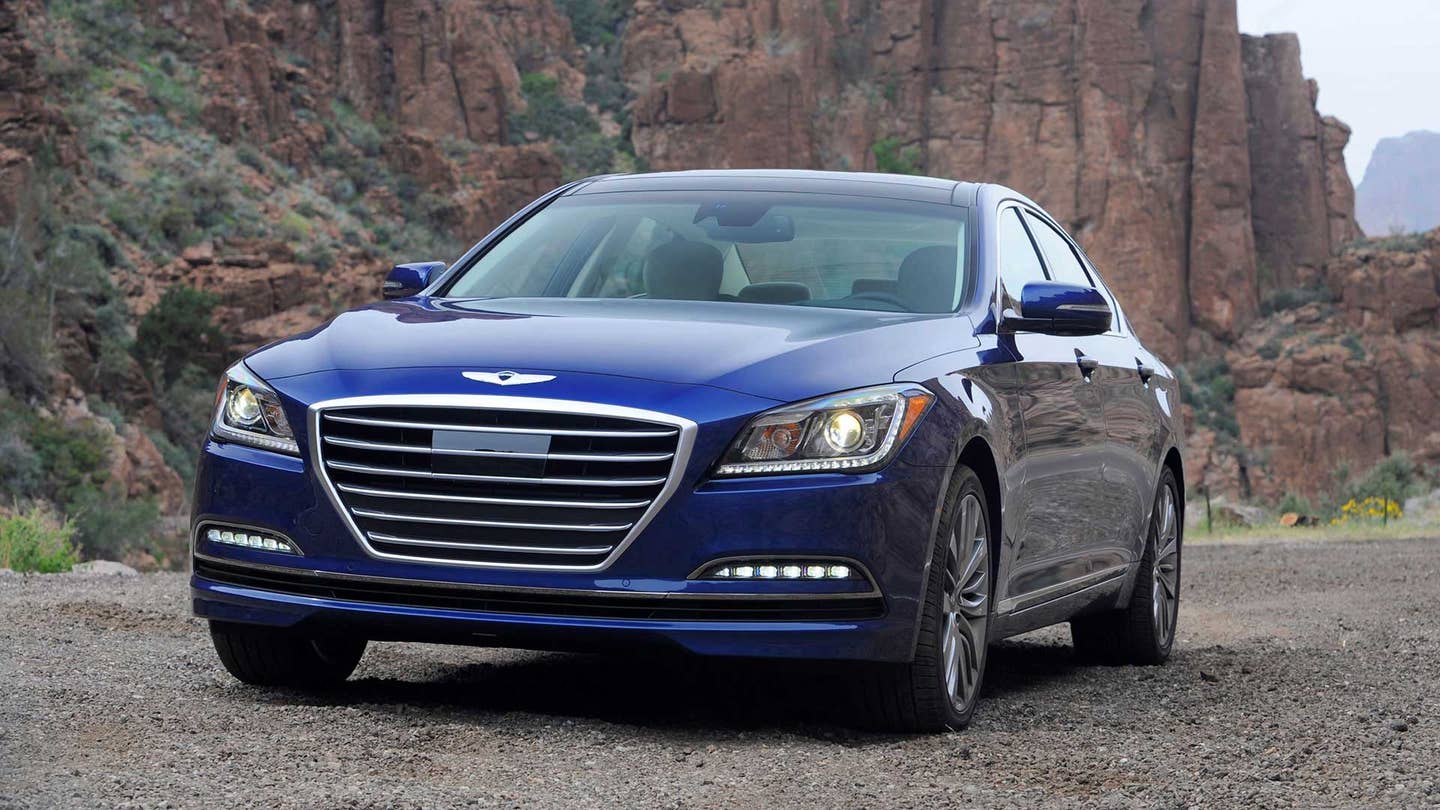 There’s a new luxury brand in town, and it’s not Ford trying to pass off “Lincoln Motor Company” as a thing. No, it’s Hyundai. The Korean automaker believes tens of thousands will flock to the showroom, filled with Accents and Elantras, and pay upwards of $60,000 for a new car. The brand, all Phil Collins jokes aside, is called Genesis.

Hyundai isn’t new to the luxury game. The full-size Equus launched in 2011, promising door-to-door maintenance without owners having to set foot inside a dealer. That’s because, while the company’s service and sales network is large, it’s relatively new and experienced only in entry-level economy cars, not a flagship designed to ape the Lexus LS weld by weld.

Hyundai has been pondering this divorced upmarket move for years, always coming to the same conclusion: Spending $1 billion (or more) on a separate brand without an identity wasn’t worth it. Now it is. Hyundai plans to launch six all-new, Genesis-branded models by 2020. Unfortunately, they’ll be named with the same pseudo-German alphanumeric nonsense that plagues today’s Acura, Lincoln, Infiniti, and Cadillac models. So we’ll have the Genesis G90, the Genesis G50, and so on. Bummer.

So what of the identity part? Genesis won’t concern itself with the “traditional technological overload” of its imagined competitors, but focus on “a personalized, hassle-free customer experience.” The logo is redesigned wings, similar to that on the current Genesis sedan, itself patterned after Bentley.

This could work. Chrysler divorced Ram from Dodge with good success, but reverted SRT into the Dodge fold after trying to sell Vipers as a standalone performance company. Mercedes-Benz’s standalone Maybach brand only died because Daimler refused to invest into its models, which were based on an S-class chassis from the early Nineties. The model for success is Lexus, which was laughed at in 1989. And, hey, how did that turn out? It could be the same great story for Hyundai.

We’ll all have to give it time and an open mind. Former Audi designer Peter Schreyer is at the helm, and Hyundai has managed to transcend its bargain-bin perception in America. The cars are good. Like Lincoln, whether the brand can do luxury is another matter.