You need a couple friends, a truck, and a trailer. A video camera helps, too. 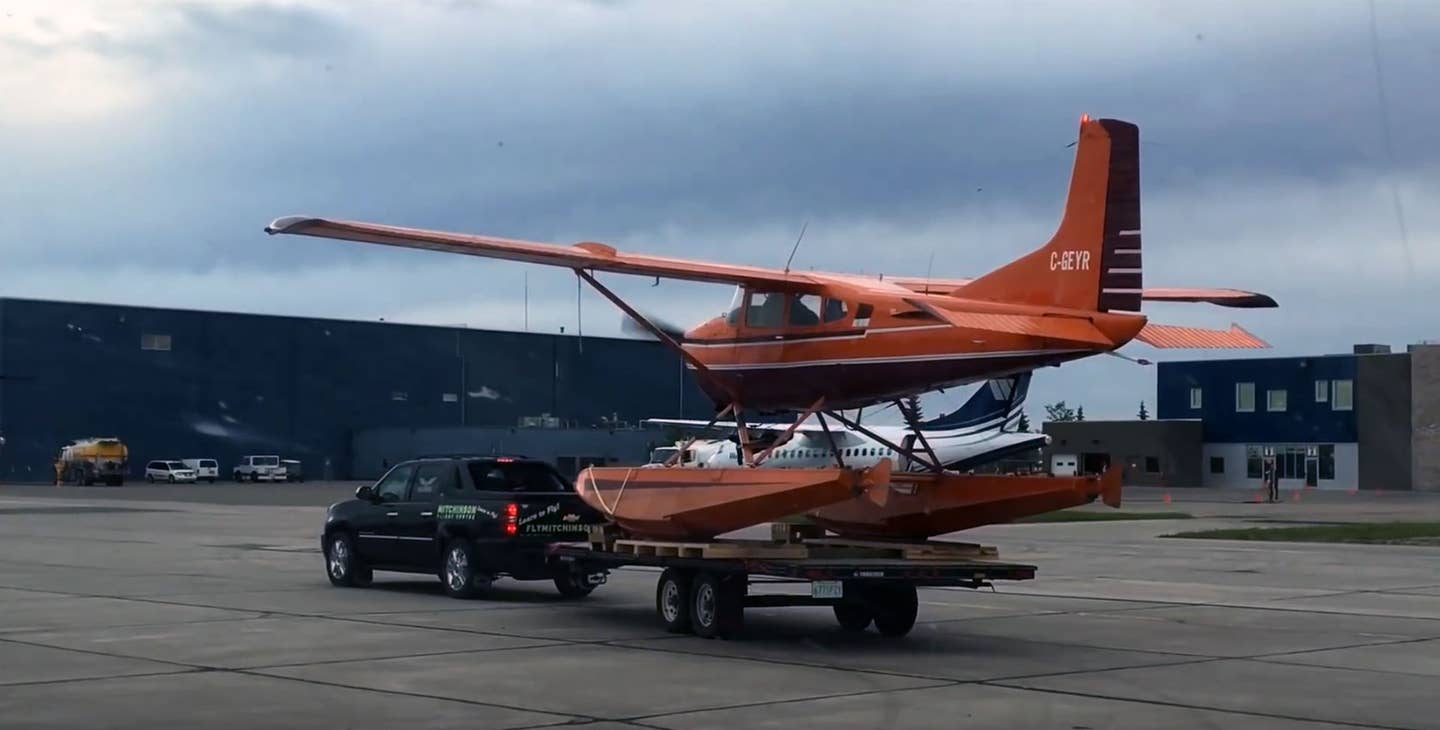 In a continuation of The Drive's Canadian aquatic aviation week, we bring you: How to get a float plane airborne when all you have is a concrete runway. As they are designed to take-off and land on water, float planes are equipped with massive pontoons—or, if you prefer, floats. As such, take-off and landing on dry surfaces without incurring major damage can be a tad difficult for some of them. What's a landlocked bush pilot to do?

Well, take a cue from these guys in Saskatoon, who launched a Cessna 185 float plane off a trailer being towed at speed behind a late-model Chevrolet Avalanche. Between the plane's propeller and the Chevy's small-block V8, the Cessna is able to get enough air over its wings to take off with room to spare. The minutes preceding liftoff are nerve-wracking, but the moment itself is majestic: a brown-and-orange amphibian taking to the northern skies.

According to comments from the Saskatoon International Airport, this unconventional take-off was required because the plane had only been recently retrofitted as a float plane. That is, it had landed with wheels and then had pontoons installed in a hangar at the airport—just as Ariel walked ashore on her feet, then transformed into her fishy self.

While we like to lean on "American ingenuity," it seems like our peaceful neighbors to the north have a good helping of the stuff themselves. Safe travels, little Cessna, and take with you our sincere wishes that you're part of the Royal Canadian Air Force.