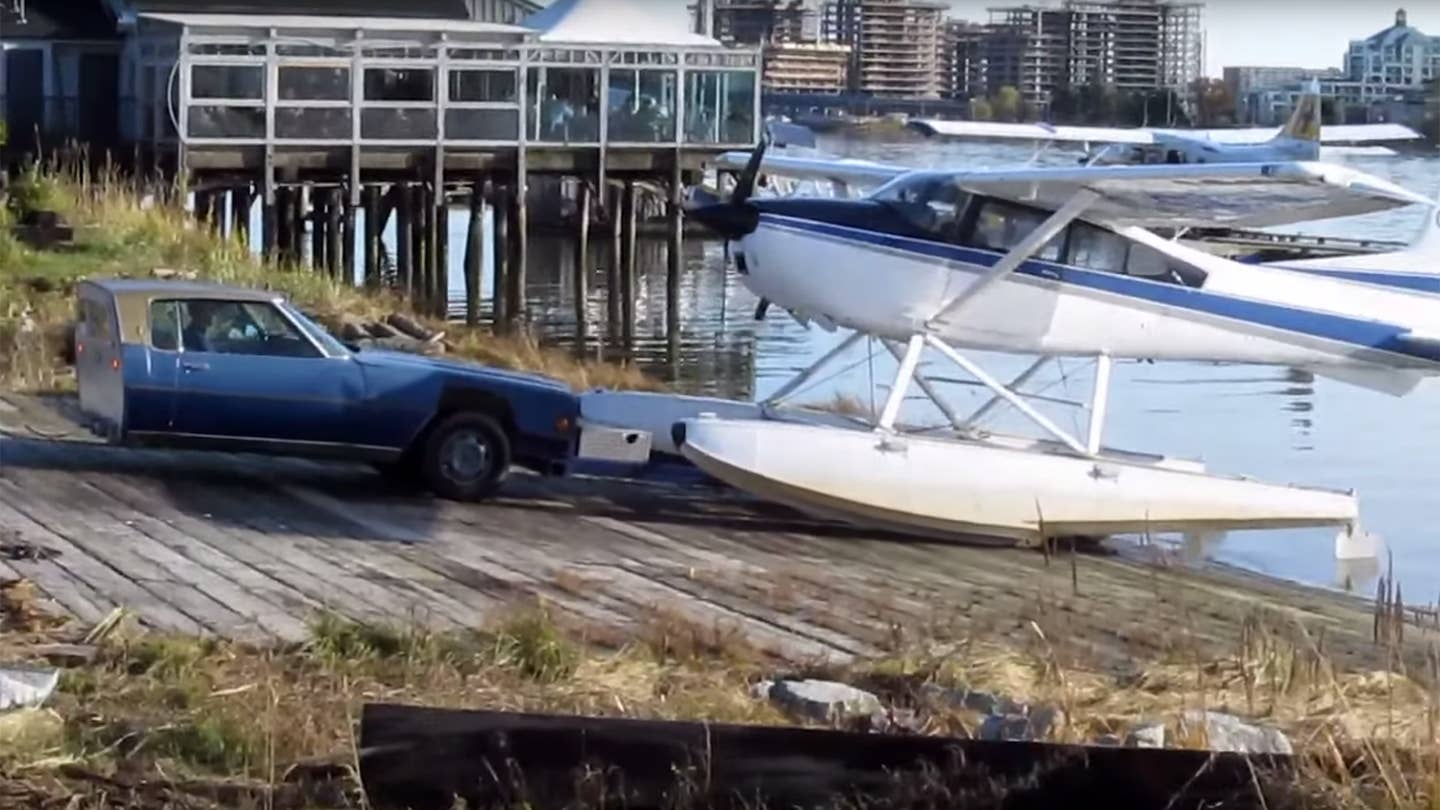 YouTube videos like this are why ellipses are made. Watching a hacked-in-half Oldsmobile Toronado amble towards a Vancouver waterway to scoop up a waiting seaplane, one can only hold up both hands in front of the computer screen and grunt half-words of disbelief: Wha...I just...How does...Why...?

From the looks of things, the car in question is (the front half of) a 1972 Oldsmobile Toronado, permanently attached to a boat trailer and operating at a boat ramp near the Vancouver International Airport-adjacent Flying Beaver Pub. It's a sight that will leave The Drive forever grappling with one question: Why not just tow float-planes out of the water with an old truck like everyone else, instead of ruining the sleep of every person who comes across this grotesque chimera skulking around an otherwise unobjectionable boat ramp? Famous Canadian Shania Twain endorses a '55 Chevy in her lyrics for "You Win My Love."

Does the car-trailer fusion cuts down on hitching and unhitching time? If that's the case, than the Doctor Frankenstein behind this project has chosen just the car: The Toronado was one of the few full-sized luxury (ish) cars of the era to come with front-wheel drive. That, along with an optional, torquey 7.5-liter Rocket V8, makes it the perfect half-car-half-locomotive to hitch to a small boat/plane trailer. (If the car had been rear-drive, chopping it in half would have severed the driveshaft and rendered it useless.)

That is, it's "perfect" if you're the kind of person who undertakes such awful surgery, which God willing, you aren't. Because...look at it.