The family inside the car was shaken, but no injuries reported. 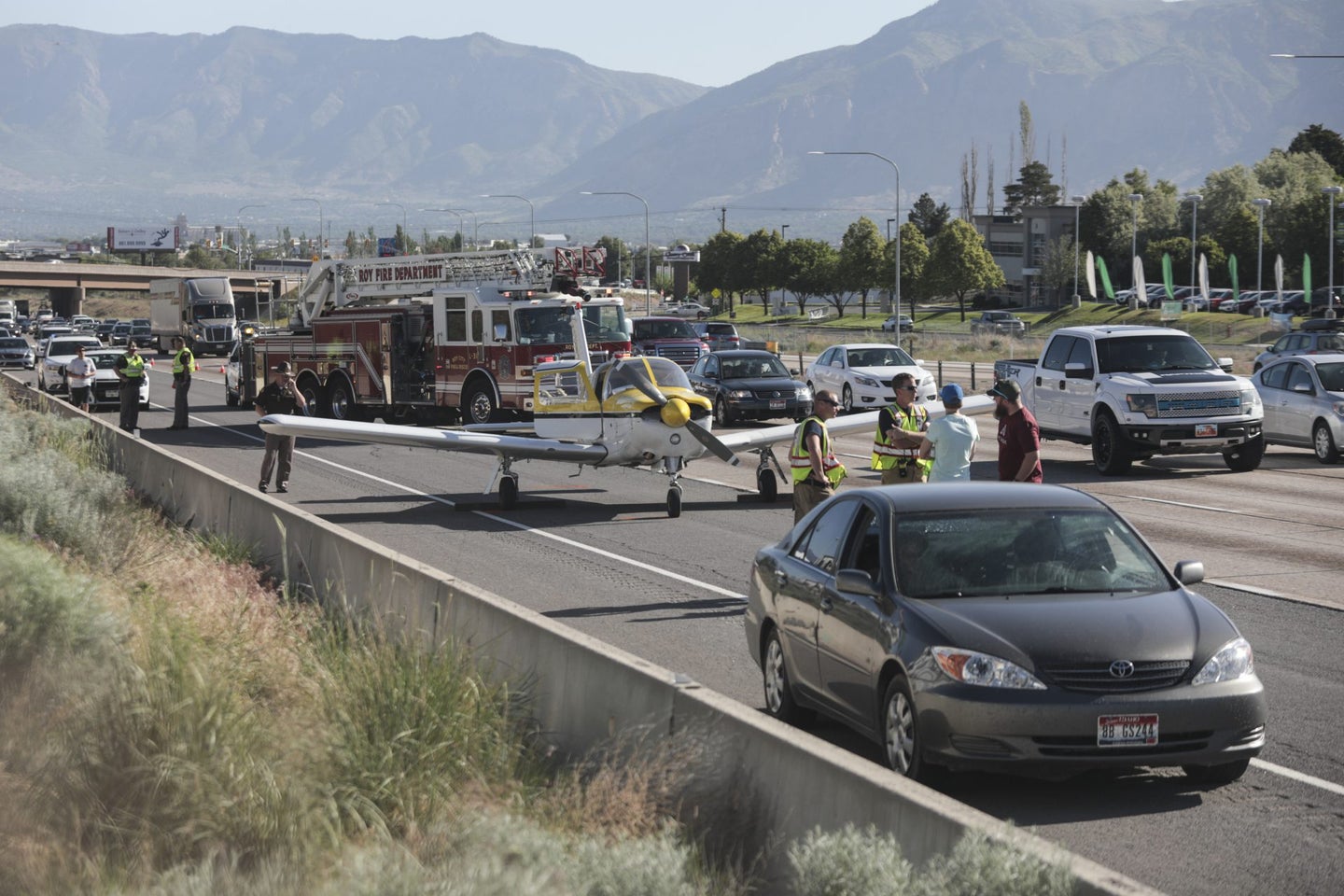 A single-engine aircraft made contact with a car during an emergency landing on Utah's Interstate 15 near Ogden Saturday.

The car was hit from behind en route from Idaho Falls, Idaho, to Farmington, Utah, as part of a family trip to a soccer tournament. Mayra Ramirez, the car's driver, was more than surprised to see the aircraft in her rearview mirror.

"I heard this really loud noise," explained Ramirez to Idaho State Journal. "I thought it was a motorcycle but when I looked in the rearview mirror, it was a plane. It was both a little scary and surreal."

Ramirez's children, nine and five years old, were asleep in the backseat prior to the collision, but were awoken by the impact, which dented the roof and busted two of the car's windows.

The plane, whose make had not been disclosed, was flown by a student and their flight instructor, with the two engaging in a series of practice landings at the nearby Ogden-Hinckley Airport. Mechanical problems forced a change to the flight plan and required an emergency landing on Interstate 15.

"They were doing touch-and-goes at the Ogden airport when the plane started having mechanical malfunctions," stated Utah Highway Patrol spokesperson Andrew Battenfield. According to the plane's occupants, who were not injured, the instructor took over when the plane began having issues, and the instructor piloted the plane under an overpass to land safely on the highway.

Damage to the aircraft aside from the mechanical failure that forced the emergency landing was reportedly insignificant. Since it could no longer move under its own power, it was parked on the side of the highway until it could be removed, reducing traffic flow to one lane.

A similar incident occurred last July, when a Cessna 206 made an emergency landing on a Long Island highway. Worse was the piece of a Royal Dutch Airlines Boeing 777 that fell 6,500 feet onto a Japanese woman's car. Fortunately, neither of these accidents resulted in any injuries, which is just about the best outcome one can ask for when planes and cars collide.

Is This The First Flying Car You Can Buy?
The Drive
MORE TO READ