Piece of Boeing 777 Falls More Than a Mile, Lands on Moving Car in Japan

We think we saw this in a Farmer’s Insurance commercial once.

The BBC reports a nine-pound chunk of metal somehow detached from a KLM Royal Dutch Airlines plane that took off from Kansai International Airport in Osaka, Japan on Saturday. It fell approximately 6,500 feet and landed on a car being driven by two women through downtown Osaka. The impact severely damaged the roof of the car and smashed the back window. Pictures of the piece posted to social media show a dented aluminum rectangle decked out in familiar KLM colors.

Not to make this an SAT problem, but some napkin math shows the panel took around 30 seconds to fall that distance, and was likely plummeting at a pretty good clip by the time it reached the unlucky car. The flat shape of the panel probably slowed it down somewhat, but still, that's not a fun surprise.

Thankfully, neither of the two women in the car were injured, and the 777 with over 300 people on board completed its scheduled trip to the Netherlands without incident. The airline issued a statement saying they're investigating the incident.

We've all seen videos of small planes making unexpected cameos on public roads, but tales of these one-in-a-million trick shots are far rarer. And hey, there are worse things to almost get smushed by. 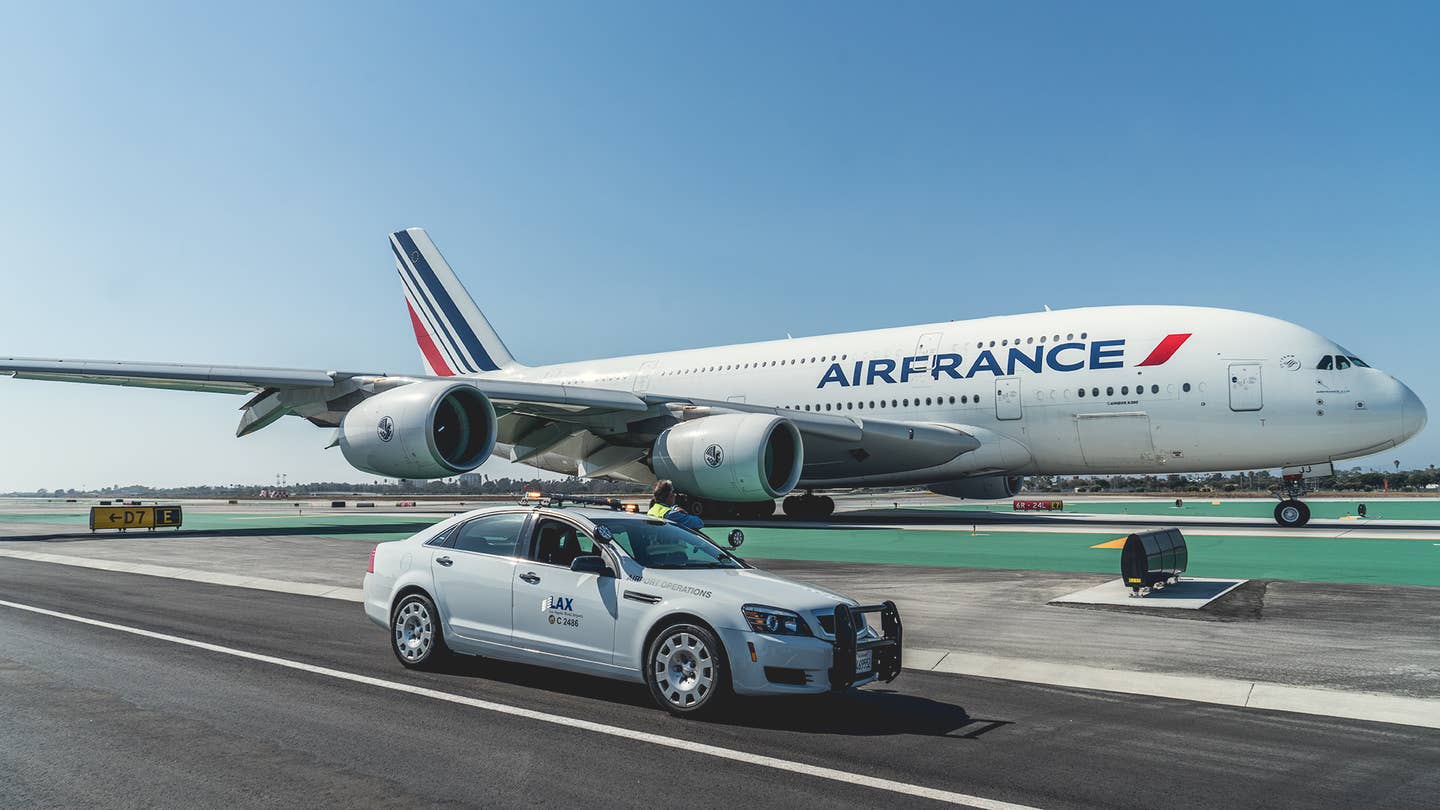 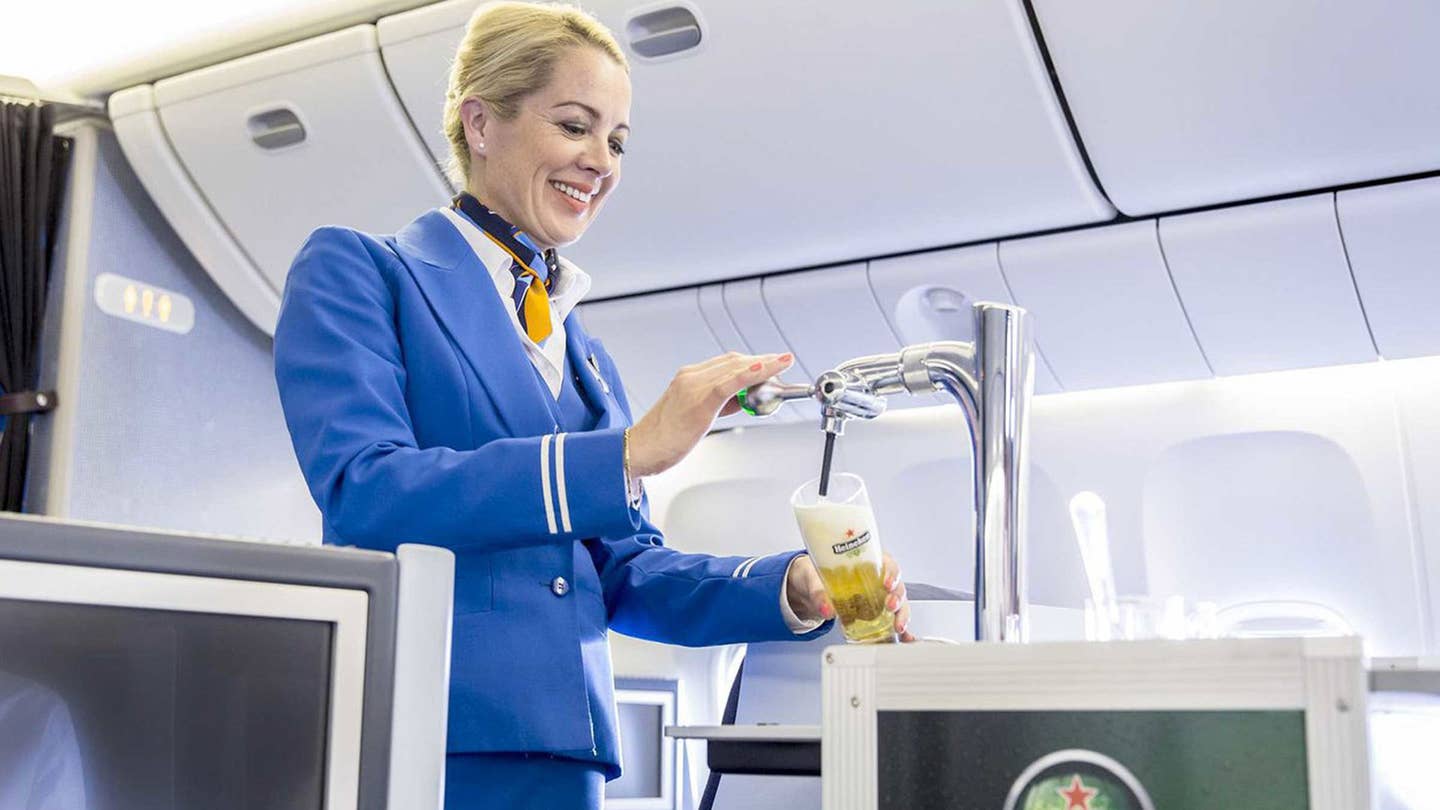 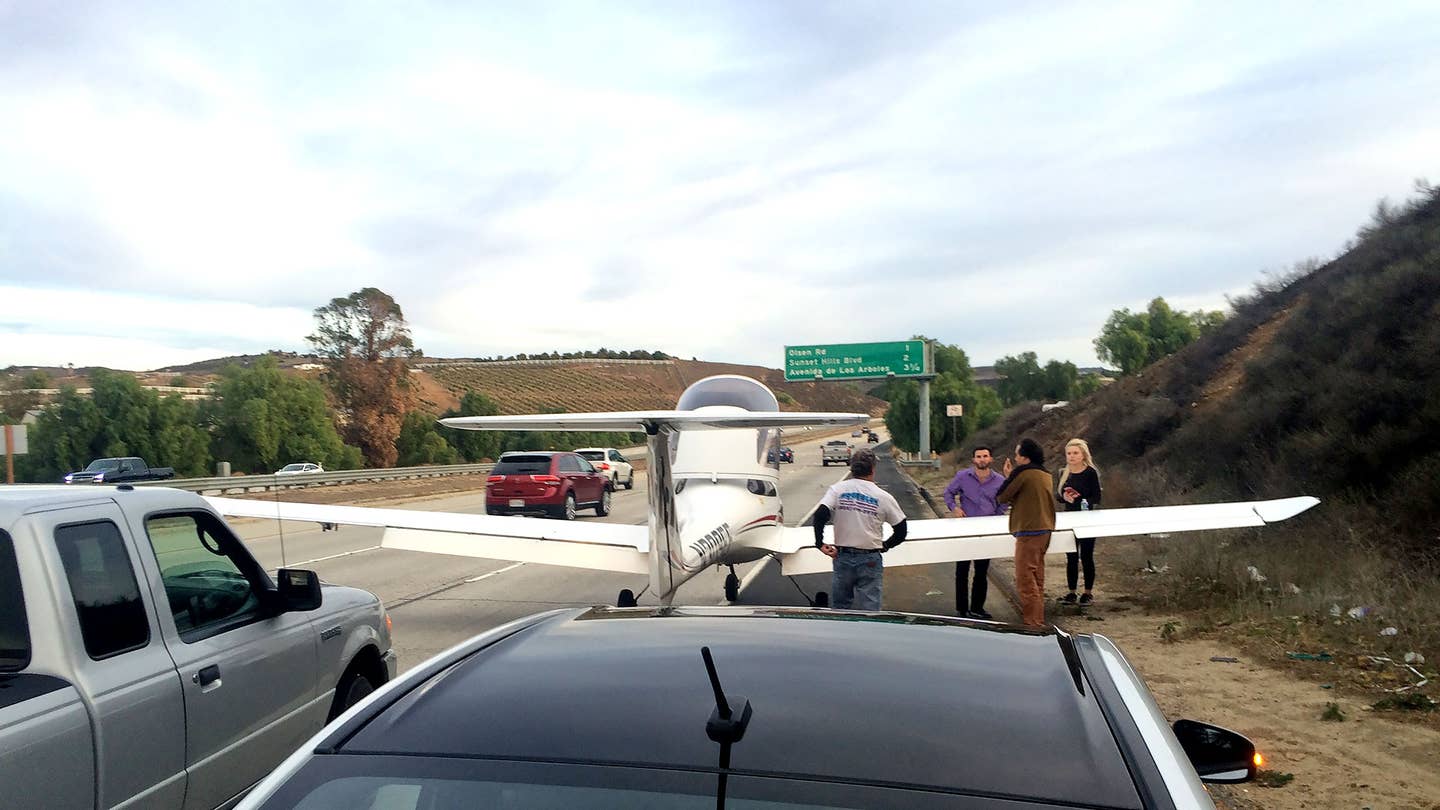