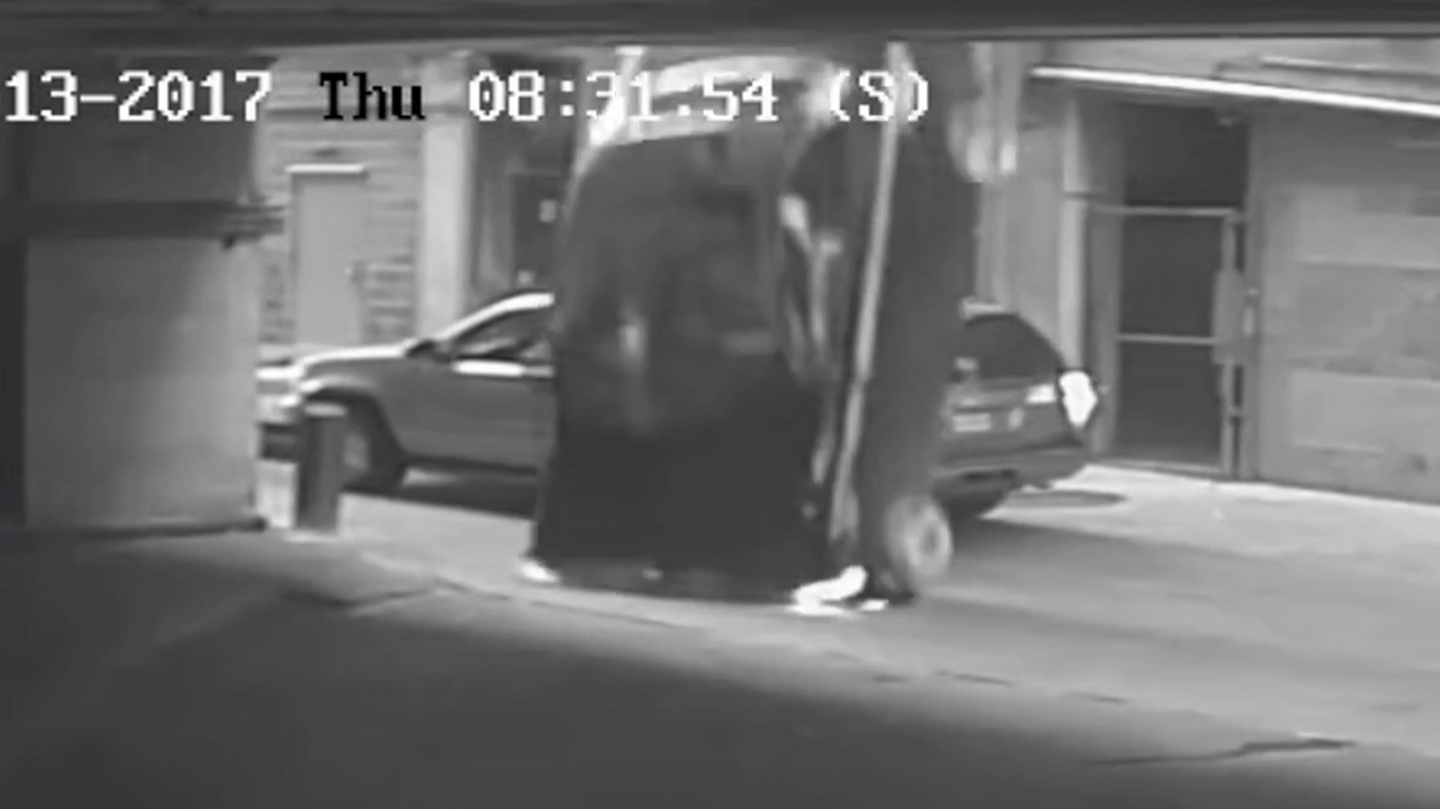 Authorities have released video showing the moment a BMW 4 Series plunged seven stories off the edge of a parking garage in downtown Austin, Texas earlier this summer, narrowly missing a man driving his SUV as it smashed into the alley below. Amazingly, the driver of the falling car survived, according to the Austin Statesman.

The parking garage at 508 Brazos Street in downtown Austin features a cable guardrail system instead of the usual concrete walls to keep cars from flying off the edge on the back alley side. Unfortunately, the unnamed driver of the BMW was able to somehow push through the restraints—the second such incident at that garage in the last 12 months.

In the clip, shot from a security camera in the alley below, we see a Chevy Tahoe completing a three-point turn and getting ready to park. All is normal until 0:30, when suddenly, the BMW plummets from the sky and lands nose down just inches from the side of the Tahoe, clipping the truck's back corner as it pirouettes and comes to rest on its roof.

The understandably-shocked driver of the Tahoe immediately accelerates out of the frame, and witnesses rush in from both sides of the alley to assist the woman in the BMW. The Statesman reports that she was taken to a nearby hospital with serious injuries, but it's a testament to the strength of modern vehicles and occupant restraint systems that she survived at all.

Last September, a 22-year-old man driving a Toyota 4Runner managed to flip his truck over the guard cables at the very same garage, when he accidentally pressed the accelerator instead of the brake. Miraculously, the cables became twisted around the 4Runner's front axle and left it hanging upside down off the edge, allowing him to crawl out his sunroof to safety.