Ford is piloting exoskeleton suits for their line workers at factories in Michigan. 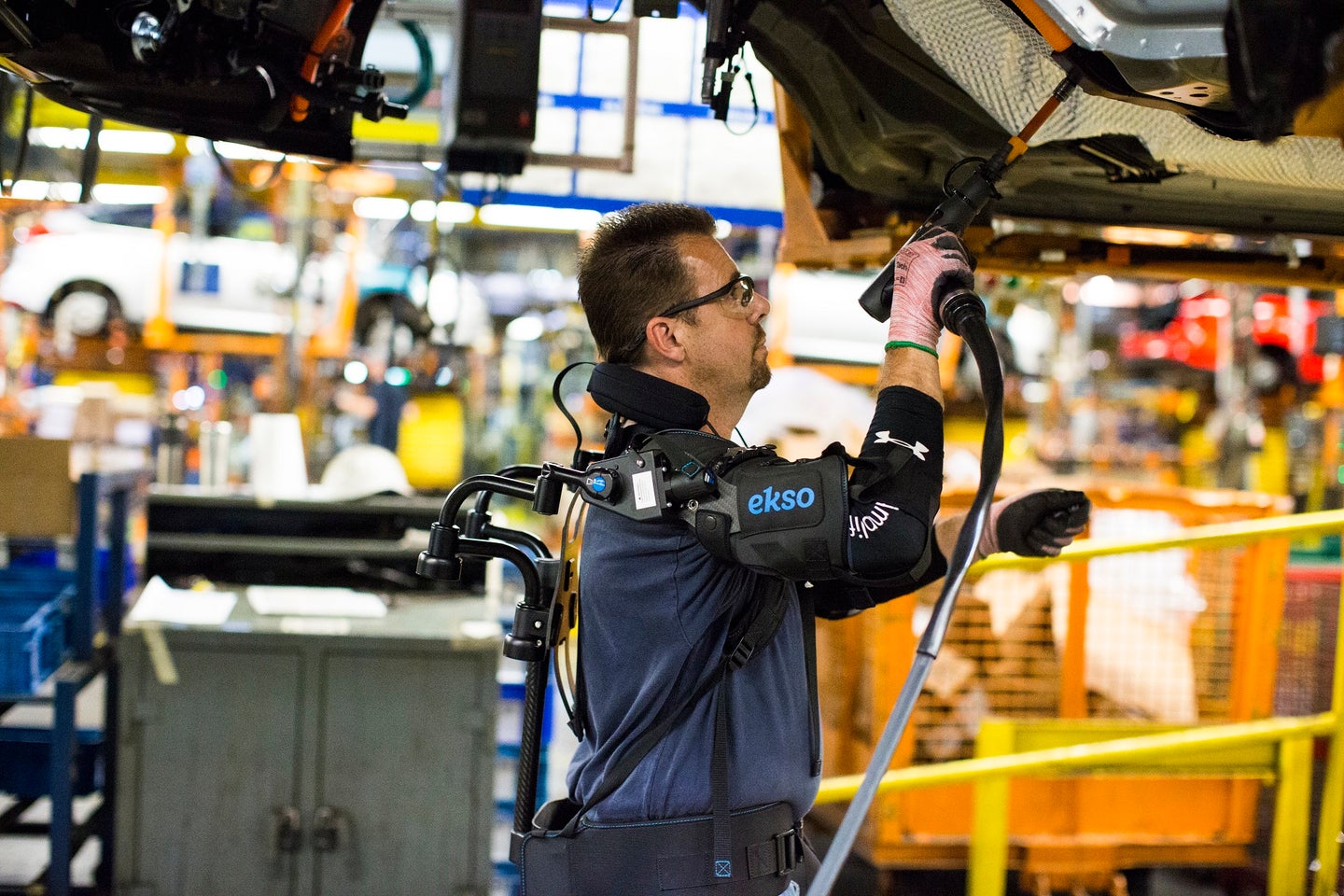 It wasn’t that long ago that Tony Stark was cruising around in his Iron Man suit, inspiring awe from science fiction lovers. Well, the future is here at Ford as the company unveiled new exoskeleton technology at their factories to lessen the chance of worker fatigue and injury.

Working on the Ford assembly line are testing an exoskeleton called the EksoVest. The upper-body exoskeletal tool is the result of a partnership between Ford and California-based Ekso Bionics. The wearable technology helps to pick up and support a worker’s arms while they perform overhead tasks. The adjustable life assistance provides anywhere between five and 15 pounds of support per arm.

Some factory workers have to perform installation operations above their heads a whopping 4,600 times per day. That amounts to about a million times a year. Sometimes I get a crick in my next putting away the dishes. Can you imagine working eight hours a day overhead?

“My job entails working over my head, so when I get home my back, neck and shoulders usually hurt. Since I started using the vest, I’m not as sore, and I have more energy to play with my grandsons when I get home," Collins said.

The product initiative is being supported by the United Auto Workers and Ford. Currently, it’s being piloted in two U.S. plants, while the company has plans to test it in other regions including their South American and European production facilities. Ford has recently announced other tech for the factory like its wearable app for workers.

The project is part of a conscious effort on Ford’s part to reduce the physical toll on employees during the manufacturing process. Speaking on the move, Ford Group VP of Manufacturing and Labor Affairs, Bruce Hettle said, “Our goal has always been to keep the work environment safe and productive for the hardworking men and women we rely on across the globe. Investing in the latest ergonomics research, assembly improvements and lift-assist technologies has helped us design efficient and safe assembly lines, while maintaining high vehicle quality for our customers.”

Exoskeletons may have been science fiction just a few years ago, but they're now changing the manufacturing process. When they unroll the version you can put on and take to the basketball court for dunk contests, sign me up!