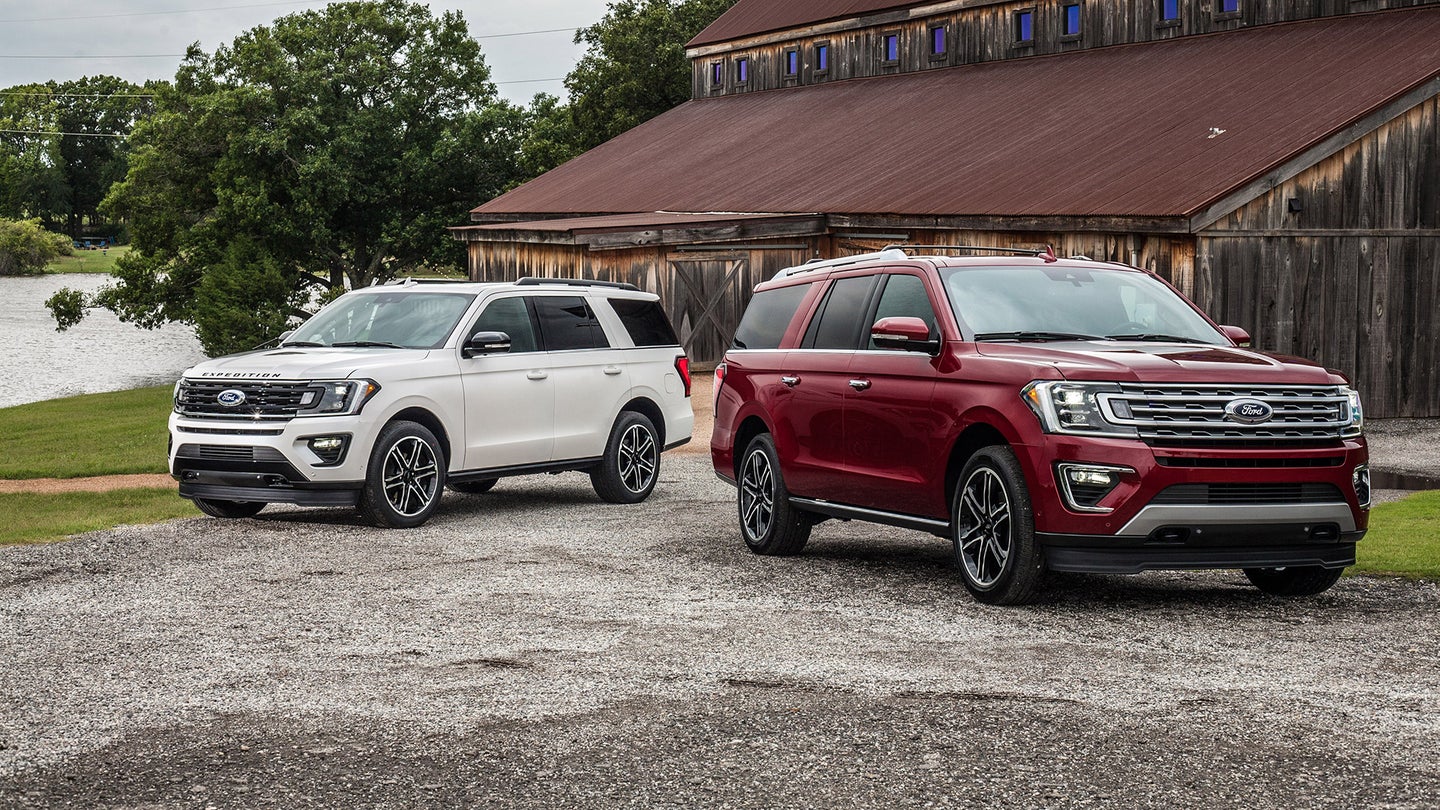 The new Ford Expedition is a pretty popular truck. This body-on-frame SUV has the performance and utility to handle nearly any task. Compared to the competition, it's the new goal post, so it's no surprise that Ford needs to add more jobs so they can build even more of the things.

In 2018, Expedition sales increased by 35 percent and gained 5.6 percent in market share. While some of that was just pent up demand for something new in the segment, most of it was people excited for what the new Expedition has to offer. What was another sign that folks were digging a fresh Expo? Average transaction prices grew by $11,700 to a whopping $62,700 on the new ride.

Ford's premium offering, the Lincoln Navigator, is also selling well, with sales increasing by 70 percent in 2018.

This summer, as a result, Ford is increasing production of the Expedition and Lincoln Navigator by 20 percent at its Kentucky Truck Plant. That increase in production means more people, so Ford is adding 550 jobs at that plant.

“Kentucky Truck Plant is home to two of Ford and Lincoln’s most successful vehicles,” said John Savona, Ford vice president of North American manufacturing. “After seeing a continued increase in customer demand for Expedition and Navigator, we are boosting production for a second time to meet it.”

In addition to more people, Ford has increased the line speed at the Louisville plant and thought of creative and innovative ways to produce more vehicles with the same amount of resources. Management worked with employees and posed the problems to them, and worked to create solutions collaboratively.

With low fuel prices and new model offerings, Americans seem to have an insatiable appetite for big SUVs. Ford is one company reaping the benefits of feeding that hunger.