Welcome to Critic's Notebook, a quick and off-the-cuff car review consisting of impressions, jottings, and marginalia regarding whateverThe Drive writers happen to be driving. Today's edition: the 2018 Ford Expedition Platinum.

The 2018 Ford Expedition Platinum, By the Numbers

The King is dead, long live the King is a phrase that's been used in various forms for centuries to signal the instant transfer of power from a deceased king to the next in line—but it also applies to just about every facet of modern life. We may not have real monarchs anymore, at least not here on the shores of freedom, but think about it: There must always be a best, a peerless choice, a leader of the pack in everything from politics to pop culture to consumer goods. It seems we'll never stop putting crowns on heads—and we're also still very much in the business of knocking them off. The King is dead, long live the King!

So in that spirit: Hear ye, hear ye, the all-new 2018 Ford Expedition Platinum is the best American full-size family SUV you can buy today. That means yes, in this writer's estimation, the Expedition is leagues above the venerable Chevrolet Tahoe and Suburban, both of which feel near retirement when stacked up against the new Ford. It's also more capable and refined than the beefy Dodge Durango. Especially in its top Platinum trim, the Expedition is every bit the heir apparent to the throne of large family road trips.

Granted, its platform-mate the Lincoln Navigator is a much fancier affair and a more comfortable place for six adults to pass the miles. But honestly, it's too nice for most children—are you really going to give an eight-year-old the controls to Lincoln's 30-way "Perfect Position" power seats?. So it's the Ford Expedition Platinum that delivers the right amount of creature comforts for Mommy and Daddy wrapped up in a sensible package built to withstand the rigors of reality. It's lighter and livelier than the old model, even if that new independent rear suspension is better at coddling the cabin than carving a corner.

FoMoCo is onto something with the blend of modern amenities, cushy luxury, and utilitarian abilities served up in the Ford Expedition. It proved a solid steed for a five-day stint in the Denver area during Thanksgiving; between using all three rows to shuttle my family around and helping my brother procure a new couch, I couldn't think of something that felt more like a modern vision of the American land yachts of yore. I had the same feeling when I drove the Chevy Suburban last year, but now that the new Expedition has arrived, it seems that deeply human cycle has kicked in once again. The King is dead, long live the King!

So the king's not perfect, and shortcomings like its so-so mileage and an ergonomic crime of a manual gear selector pale in comparison to the ultimate issue: the cost. It's true that the Ford Expedition rules all SUVs with a class-leading 9,200-pound towing capacity and the most usable eight-seat layout (equipped with the middle row bench) around, but unless you find yourself making full use of those impressive numbers on a regular basis, an $82,000 Ford might not be the best choice. To use a couple examples from above, the sharp Mercedes GLS450 and the glitzy Lincoln Navigator start at thousands of dollars cheaper—over $10,000 in the case of the Merc, in fact—and offer a more cohesive luxury experience for the money.

Then again, few things depreciate here like a used Mercedes (or Land Rover), while these full-size American SUVs tend to hold their resale value pretty well. So the Platinum might not make the most sense from an immediate economic standpoint, but it also might pay off in the long run. At the very least, maintenance costs will be lower for the Ford. And a $60,000 Ford Expedition XLT still obliterates lower-end rivals like the Nissan Armada and Toyota Sequoia. Both the regular-wheelbase and embiggened Expeditions are marginally more expensive than similarly equipped Chevrolet Tahoes and Silverados, but again, the Ford is at its core a more advanced truck.

And so the transfer of power is complete, and the monarchy endures. The Ford Expedition isn't the symbolic figurehead you see around the world today; no, the automotive market is still very much a feudal society, with overlapping lands and a chaotic struggle for control over the hearts and minds of millions, and big trucks are at the center of that maelstrom. If Chevrolet's troubled launch of the new Silverado shows anything, it's that trucks are an endless font of passionate opinions in America. The Ford Expedition happened to show up to a market ready to be captivated after four-plus years of listless rule from Chevy's GMT K2XX twins.

From a pure sales perspective, General Motors is still the top dog, handily beating the Expedition, Expedition Max, and Navigator variants when you combine sales of the Tahoe/Suburban, Cadillac Escalade, and GMC Yukon this year. Both companies do a ton of fleet sales, so it's not really an accurate gauge of consumer interest. But it only takes a second in the driver's seat to realize that the Ford Expedition is distinctly an American royal, in the same way the massive sedans of the Fifties and the luxury coupes of the Seventies were. The King is dead, long live the King! 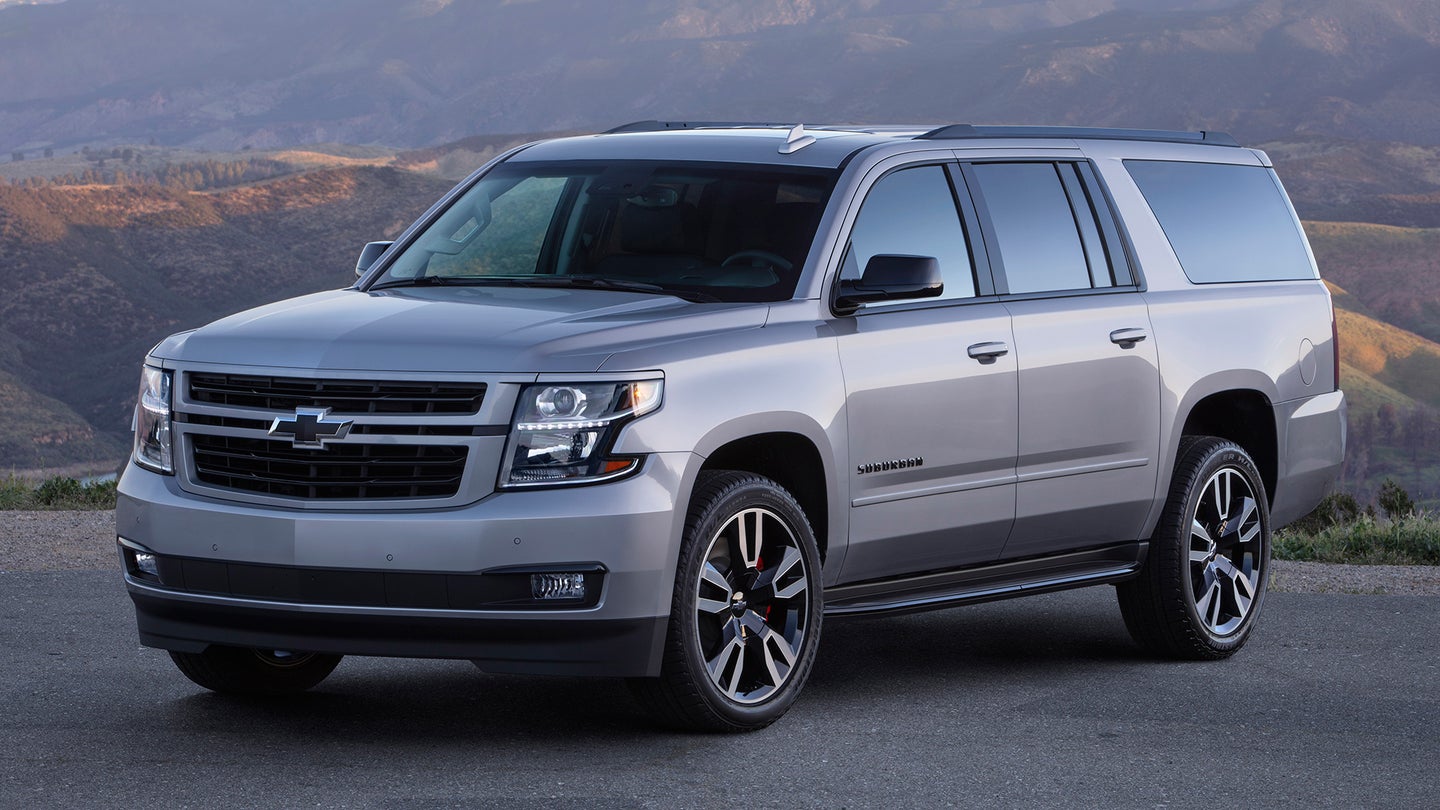 Chevy’s top-tier Suburban can be most things to most people…albeit at a price most of those people might balk at. 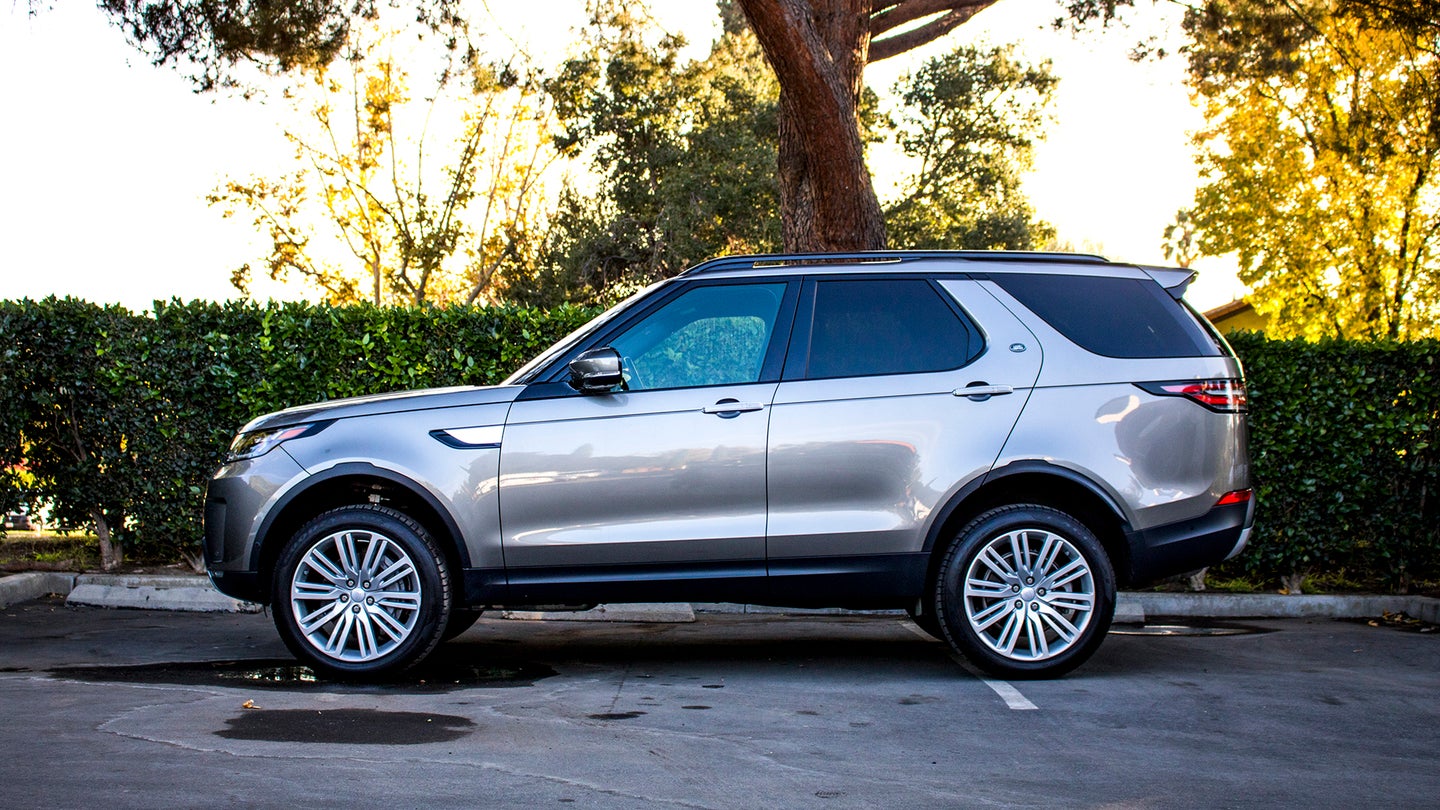 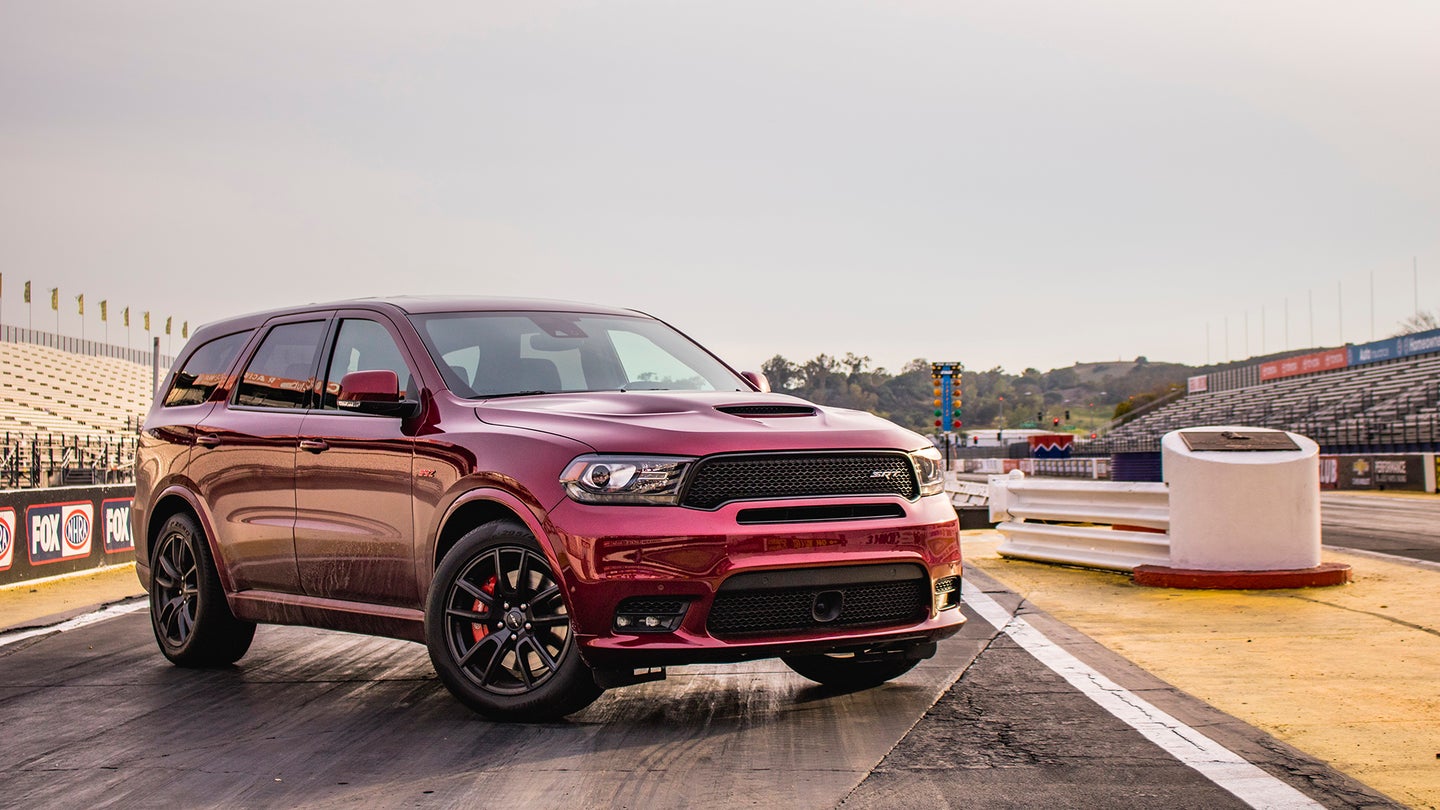 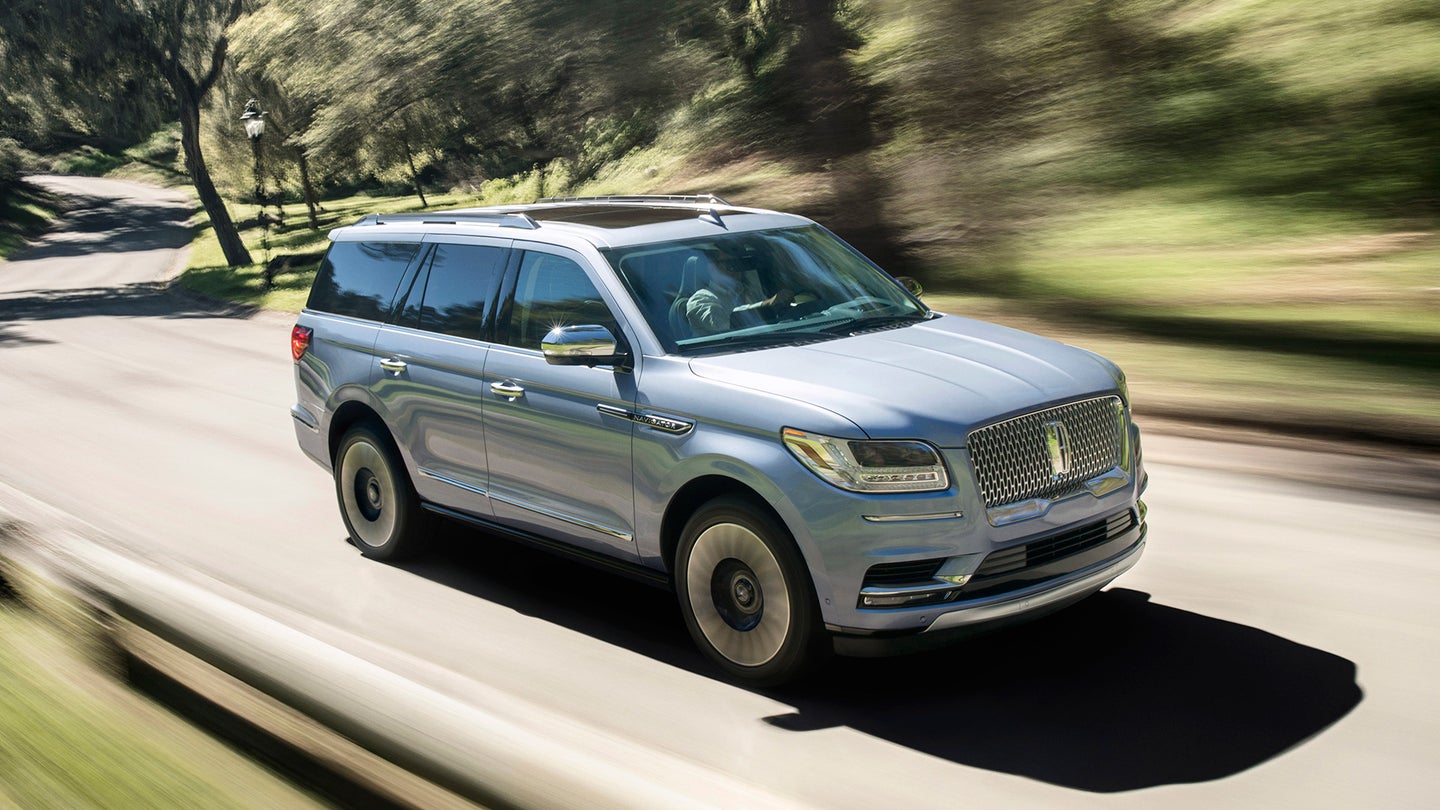 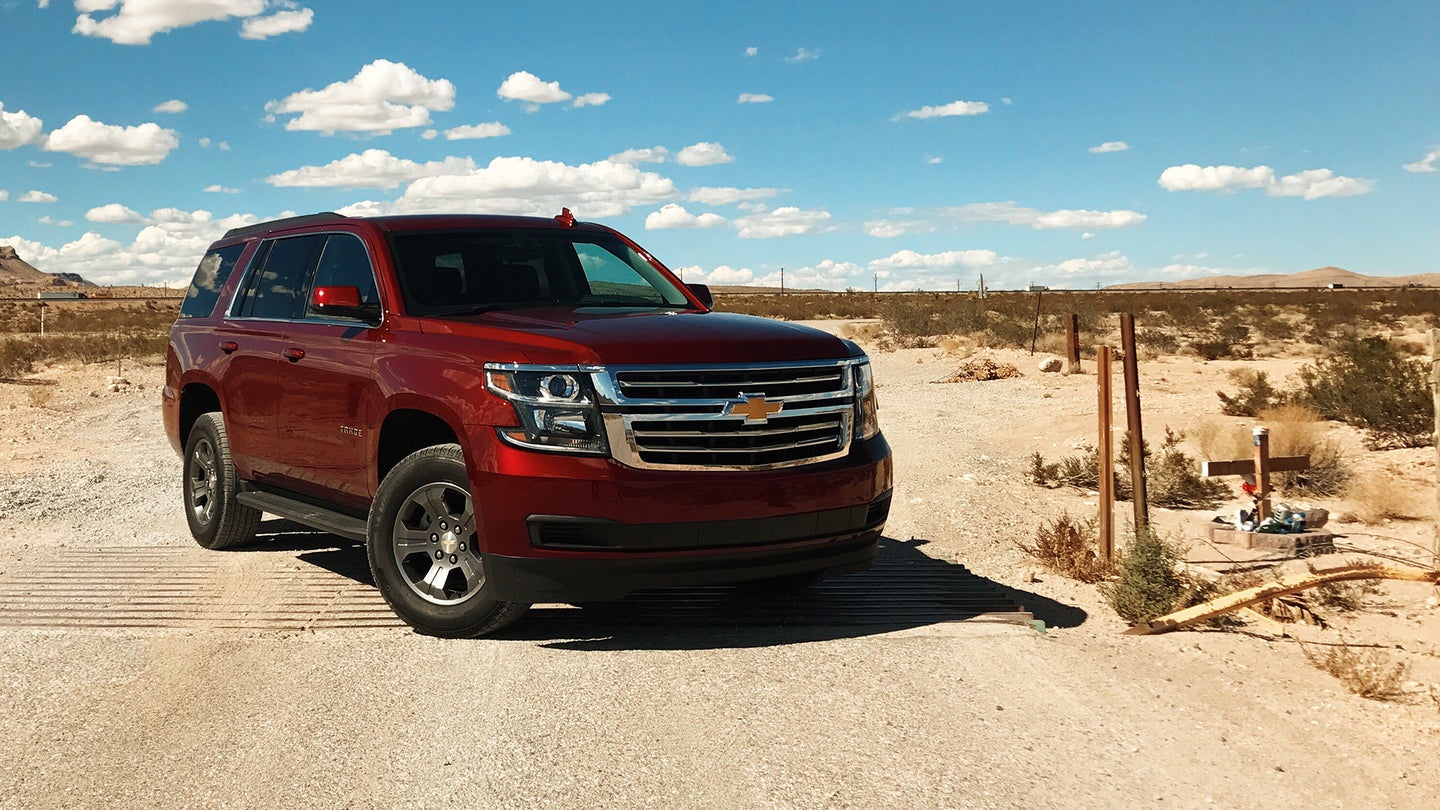