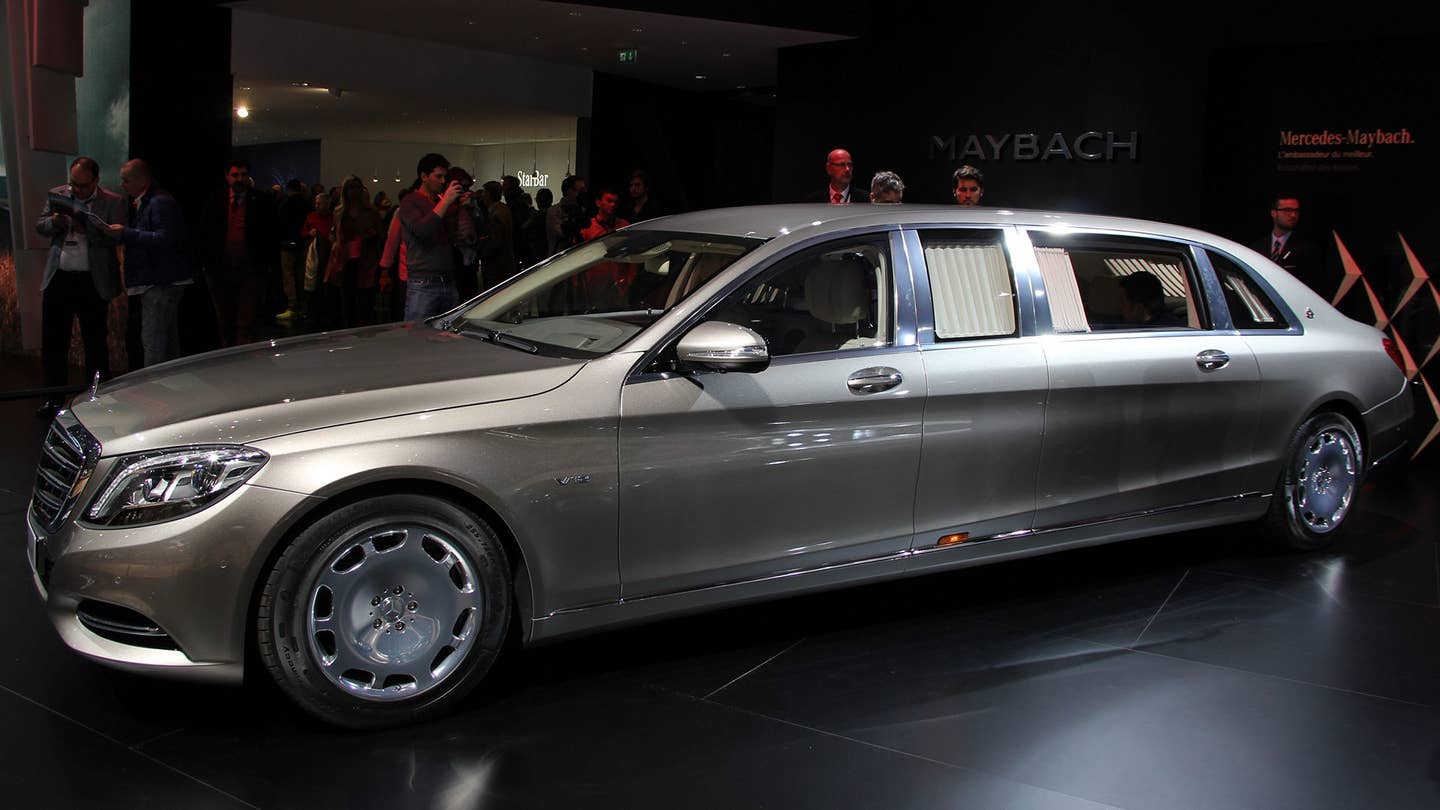 We’ve known since last year’s Geneva Motor Show that the 2016 Mercedes-Maybach S600 Pullman is gargantuan. Having only seen the car on stage by itself, though, we didn’t appreciate just how gargantuan until seeing this video of it rolling around German roads. It is stupid gigantic. Like, large enough to fit Carolingian King Charles the Fat and his entourage and all of his German and Italian subjects.

The Bavarian leviathan is 255.9 inches (or 21.3 feet) long. That makes it as long as a giraffe is tall. Also, four feet longer than the current long-wheelbase S-Class, sixteen inches longer than a Rolls-Royce Phantom Extended Wheelbase, and 5.5 inches longer than the last-generation Pullman. Being four inches taller than an S-Class, it will also fit a Pope in regalia.

What awaits Potentates and those of monstrous ego who commission one? Standard fitment puts four seats in the rear compartment, two of them rearward facing and foldable. An electrically operated glass partition can separate front and rear, pressing a button can turn the glass opaque. Everything is coated in leather, the two captain’s chairs can recline 43.5 degrees and come with leg rests, the headliner is mounted with a clock, a thermometer, and a speedometer. If the apparatchiks are bringing down the party, an 18.5-inch monitor stands on the bulkhead between the compartments, its audio piped through a Burmester 3-D surround system. Power comes from the same 6-liter twin-turbo V12 (523 horsepower, 612 pound-feet) found in other S600 models, still fast enough to outrun the average rogue faction technical, and the price is "around half a million euros."

What if that’s not enough? Then you go for the Pullman Guard, which gets enough plate to survive VR9/CEN B7 threats. That means fire from 7.62x51 millimeter and 5.56 x 45 mm rounds, plus underbody protection cushions from common grenades and mines. This one will do about a million dollars’ worth of damage to your bank account before you start throwing sirens and rocket launchers at it. But hey, you can’t let the terrorists win, right?