Once hunger is a thing of the past, drivers of Mercedes-Benz’s indulgent coupe will be able to motor guilt-free. 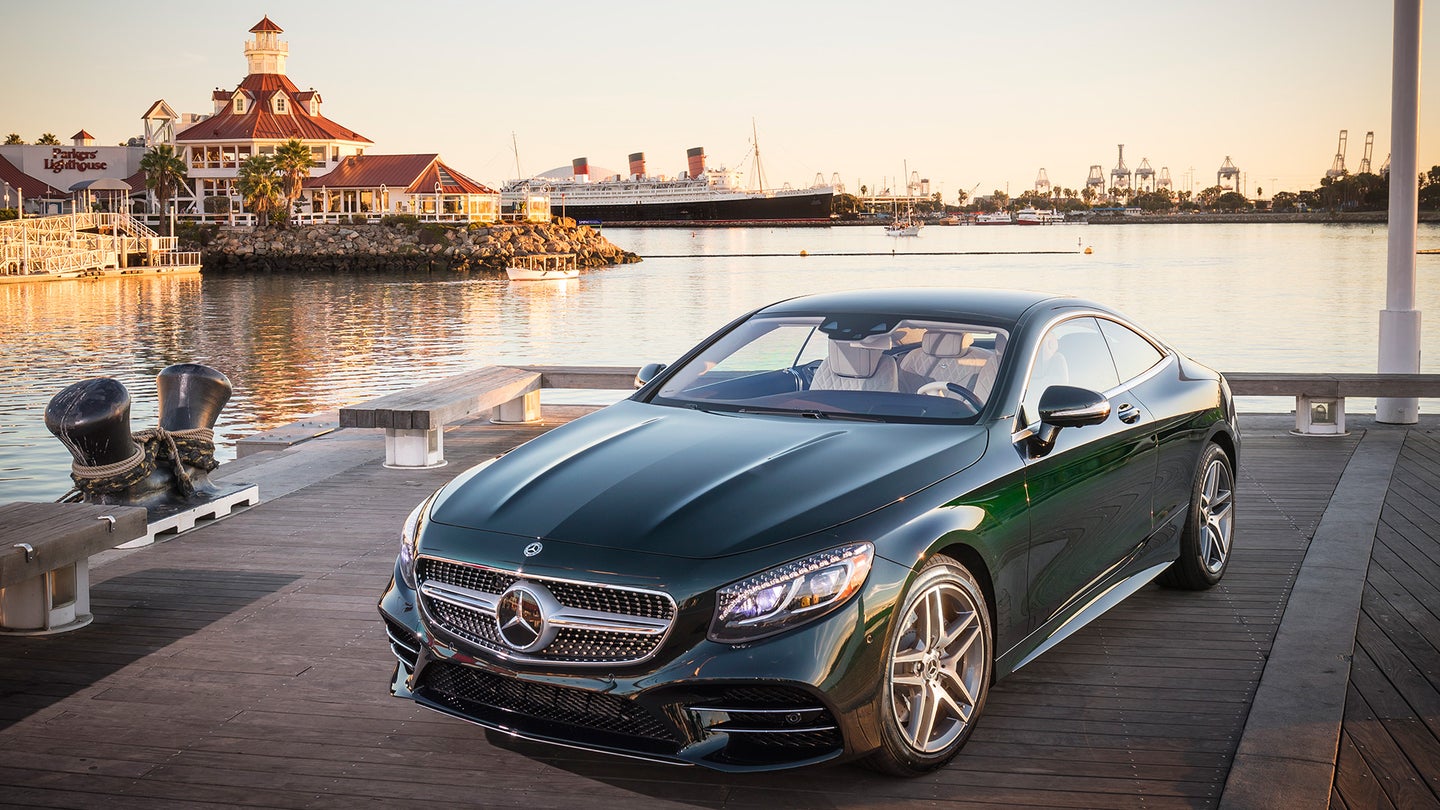 The same week I drove the $151,395 Mercedes-Benz S560 coupe, I read the 2018 World Inequality Report. You know what the Benz’s charmingly anachronistic cigarette lighter is good for? Burning up print-outs of troubling PDFs.

Kidding, sort of. But those niggling numbers—one percent of the population hoarding a healthy one-fifth of the country’s wealth—made it a little harder than usual to slip into the persona necessary to judge a coupe like the Mercedes-Benz S560 on its merits and mission. Should anyone have something so fine?

Usually, reviews of cars of this caliber—a.k.a. the "Midwestern House Price" class—adopt the purring, aristocratic tone of its stereotypical owners. Writers, myself included, rob the Fancy Car Word Bank, hustling out with a satchel full of “proletariat,” “sybaritic,” “waft,” and “Grey Poupon.” Fake butlers are ordered around; Ferris Bueller is quoted. Getting access to a fleet of ultra-luxury cars is one of the major perks of writing about cars, as is the ensuing role play. It feels wonderfully ludicrous that I, a person with several browser tabs open about basic-access Obamacare, can drive a Mercedes-Benz S560 past some Upper East Side patrician in a late-model E350 wagon and murmur, “Oh, honey—an E-Class?”

But sometime the roleplay falters, as when construction workers look through the windshield and visibly puzzle how a guy who looks like he overslept his World Music 101 final is piloting a vehicle that has to be in the running for "world’s best car." Or when, stopped over in a small New England town for gas, the same disheveled millennial emerges from a jasmine-scented cowhide cocoon to see two guys from high school raising money for an opioid-treatment program—and in a whirlwind of guilt and awkwardness, leaves with an empty wallet and an emptier tank.

Therein lies the only problem with this Benz: It’s so good that it leaves its driver feeling guilty. The most compelling reason to redistribute global wealth is so that the rich can enjoy consummate luxuries like the S-Coupe without a chaser of shame. Surely, were every man, woman, and child issued at least a C-Class, swanning around in a $150,000 pleasurecraft wouldn’t feel so wolfish. Let’s not eat the rich; rather, let’s create an economy in which everyone eats dover sole.

Here, for the record, are the aspects of the S560 Coupe which drove me to such a political realization:

So there it is. Let’s get socialist, y’all—but not the austere, Soviet way. The U.S. is monstrously rich. Surely the national coffers, once filled via sensible taxation, would allow every citizen at least a timeshare in an S560 coupe? Call it Bollinger Bolshevism, Champagne Socialism, Learjet Liberalism—whatever. It’s our national duty to get more asses in S-Classes.