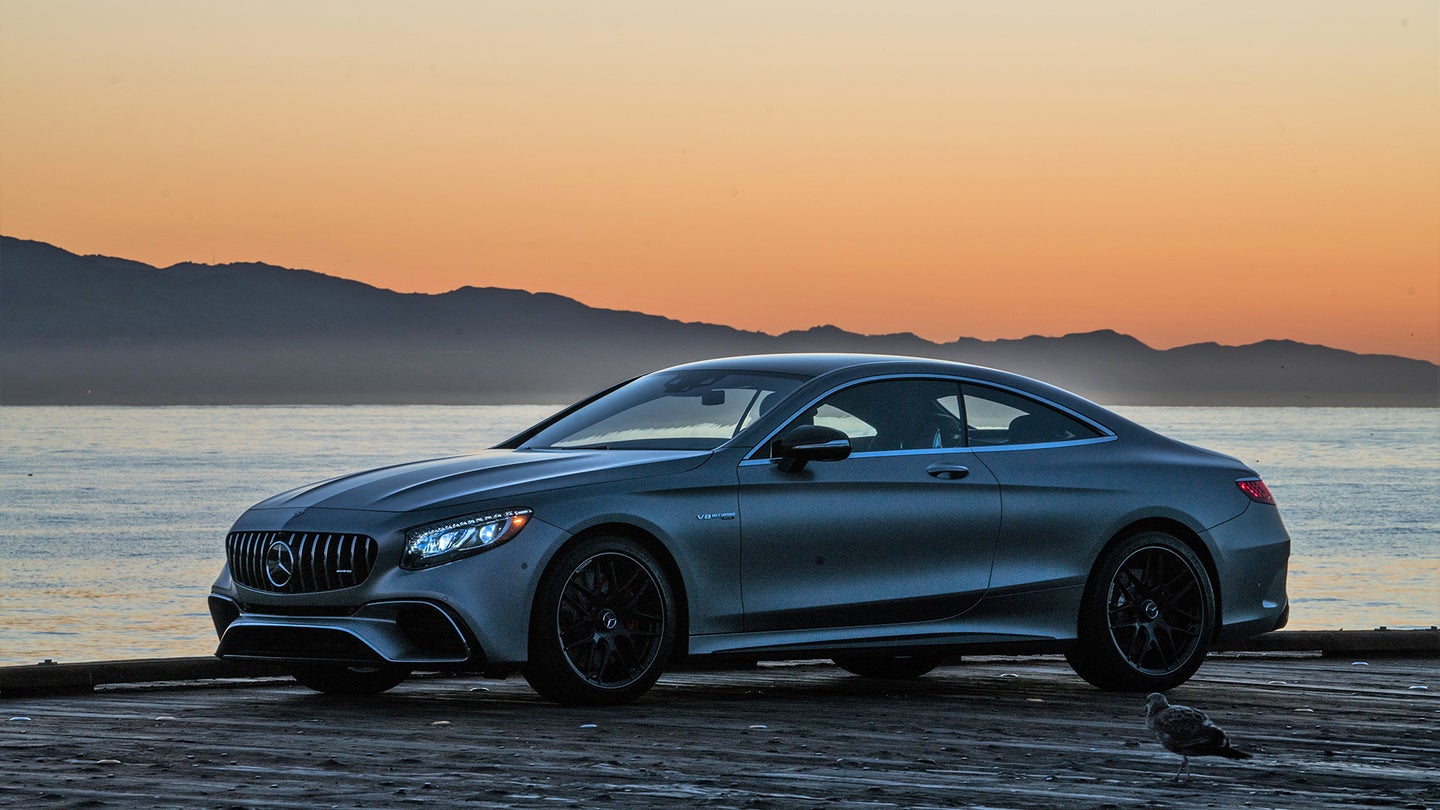 I pulled onto Stearns Wharf, in Santa Barbara, before sunrise, intent on photographing a new Mercedes with the rising sun in the background. It was a gorgeous morning, and I was in my element.

When I entered the massive dock’s driveway—about 200 yards long, leading to a parking lot and a variety of restaurants at the end—I noticed about midway across that the brightening sky in the east was beautiful, and the lights they’d strung between poles made for a striking setting. Since it was still dark and there was no traffic in either direction, I stopped halfway down, hopped out, took a few pictures, then got back in the car. In that time period a red pickup truck had pulled in behind me. I was still confirming I’d gotten my shots, so I rolled down my window and waved him past. The truck lurched forward, stopped right next to me, then lurched forward again and continued down the driveway. Curious, but whatever.

I continued to the parking lot, pulled over at a vacant edge right above the water, and got out to take some more photos of the car, a Mercedes-AMG S63 Coupe with a matte-grey paint job. About 15 minutes later, the red pickup returned—from getting coffee, evidently, as would shortly become abundantly clear—and again lurched to stop right next to me. This time, his window was down, and the driver was bellowing at me.

“YOU’D BETTER GET THE FUCK OUTTA MY WAY, ASSHOLE!” he raged.

“Sorry,” I said, baffled by his fury, since I was already extremely far out of his way.

“YOU WANT ME TO THROW THIS COFFEE ON YOU? YOU ALREADY PISSED ME OFF ONCE TODAY, MOTHERFUCKER!”

“Look, I said I was sorry,” was again my flat—and only—response.

I’m usually happy to verbally mix it up with someone if they give me guff about something, but in general I tend to believe that the first rule of self-preservation is to avoid antagonizing obvious psychopaths, even (or especially) when they’re threatening violence. In other words, I choose my battles. So I simply stayed calm, maintained steady eye contact with no facial expression, and waited for his next move—which, in the absence of my own reaction, was to lurch forward yet again and drive off. I resumed my shooting.

But the whole exchange gradually wrapped its tentacles around my brain. A few minutes later, I was obsessed. Seriously, what the fuck was that all about?

Of course, I had a feeling I knew exactly what that was all about, from the second he opened his mouth. But first, some backstory:In my 15-plus years of writing about cars, I’ve driven around in an astonishing variety of vehicles, from econoboxes to grand luxury machines and outrageous hypercars. If I’ve learned one thing, it’s that people love cars. They love seeing exotic marvels, hearing their engines, and talking about them, no matter what their background or experience level in the automotive realm. When I tell them I write about cars—that I’m not the actual owner—that’s usually an ice-breaker, an invitation to comment without fear of insult.

Still, when driving around in something particularly over the top, I take great pains to be aware of the statement such cars make—and how those statements might be received. I yield often, I don’t drive like a douche, and I remain as friendly and as humble as I can be in, say, a $400,000 Rolls-Royce Wraith Black Badge. In truth, though, I’ve never encountered anything but enthusiasm and excitement from the people I’ve met along the way who’ve noticed the machines. Like I said, people love cool cars.

The incident in Santa Barbara was the first time anyone had ever confronted me with even a hint of hostility while I was out with a flashy press car. With that in mind, it’s hard to avoid the conclusion that it was the car itself that triggered this hothead, and the current political climate that made him feel entitled to threaten me with a physical scalding for the most trivial offense imaginable. He wasn’t pissed off because I made him go around me; he was pissed off because some (presumably) rich (presumed) asshole was making him go out of his way.

But he was also wrong, maybe not about my politics—which again, I’m just guessing was his motivator—but for certain about my character, and absolutely about my financial status—just as I might be wrong in my assumptions about him, his pickup truck, his politics, and the source of his unhinged rage. It’s possible that he was just having a shitty week, everything was going wrong for him, and I was the last straw—and he would have flipped out just as readily if I were blocking a driveway in a Camry.

But either way, he had no justification whatsoever to act the way he did. In other words: Fuck him.

I drove back to my hotel turning the encounter over in my brain over and over again, coming up with endless variations of things I could’ve said and done differently—any one of which could have turned me into either a #resist hero or a corpse bobbing in Santa Barbara Harbor. Eventually, I just homed in on cars, and the respective meanings they project. Sometimes our inferences about them are spot-on, sometimes they’re off by a country mile. Not every BMW or Mercedes or Audi driver is an entitled left-wing jackhole, and not every pickup driver is, well, an entitled right-wing jackhole.

So while we clearly can’t agree on much these days, maybe we can at least agree to keep the cars—and coffee—out of it.