So you can judge a book by its car…err, cover. 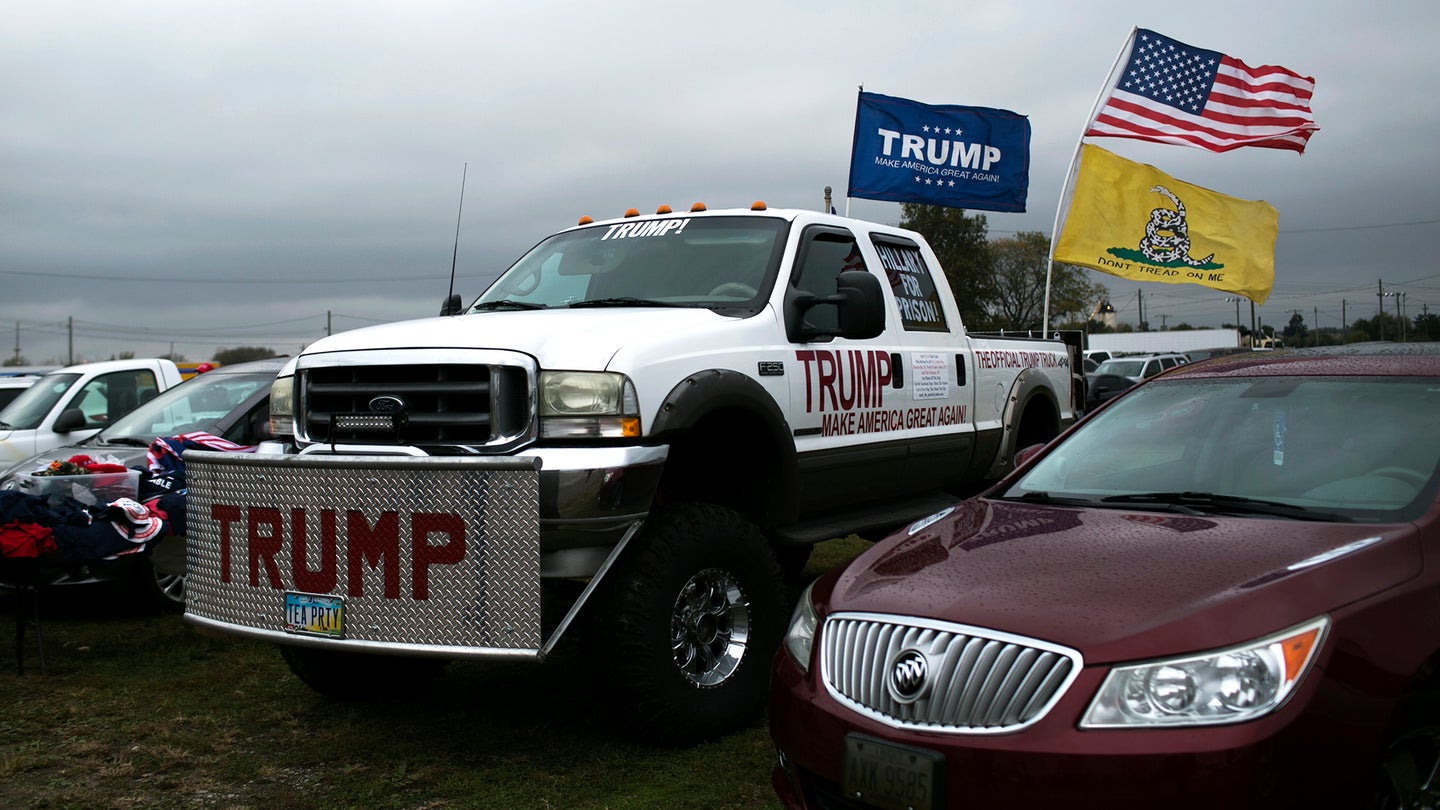 It's easy to stereotype both sides of the political divide when it comes to cars: Republicans like big trucks and SUVs, while Democrats drive Toyota Priuses and Teslas. Yet a new study drawing on images from Google Street View and public voting information suggests there's some truth to that typecasting, according to SFGate.

Researchers at Stanford University recently developed an artificial intelligence algorithm to analyze the disparate data sets and determine an area's political leanings, publishing their results in the important-sounding Proceedings of the National Academy of Sciences in December. The machine was able to to determine that a neighborhood with more sedans than trucks on the street and in driveways had an 88 percent chance of voting Democratic, while areas with more pickup trucks had 82 percent chance to vote Republican.

The study used millions of images from Google Street View spanning 200 cities across the country. In addition to adding fuel to your Christmas party arguments this season, the research team hopes to showcase the possibility of using artificial intelligence to sift through the kinds of data that would normally have to be gathered and analyzed by humans—cross-referencing important demographic data with the real-world results in developing countries, for example.

And there's one more nugget the study uncovered: In analyzing the region around San Francisco, the machine confirmed that the Toyota Prius is in fact the most popular car in the liberal tech capital. While the team undoubtedly has its eyes on much more important studies, we hope they find the time to break down the most popular car in every U.S. city so we can argue about that as well. The people need to know.