Here's a roundup of the most ironic, unrealistic holiday car commercials. 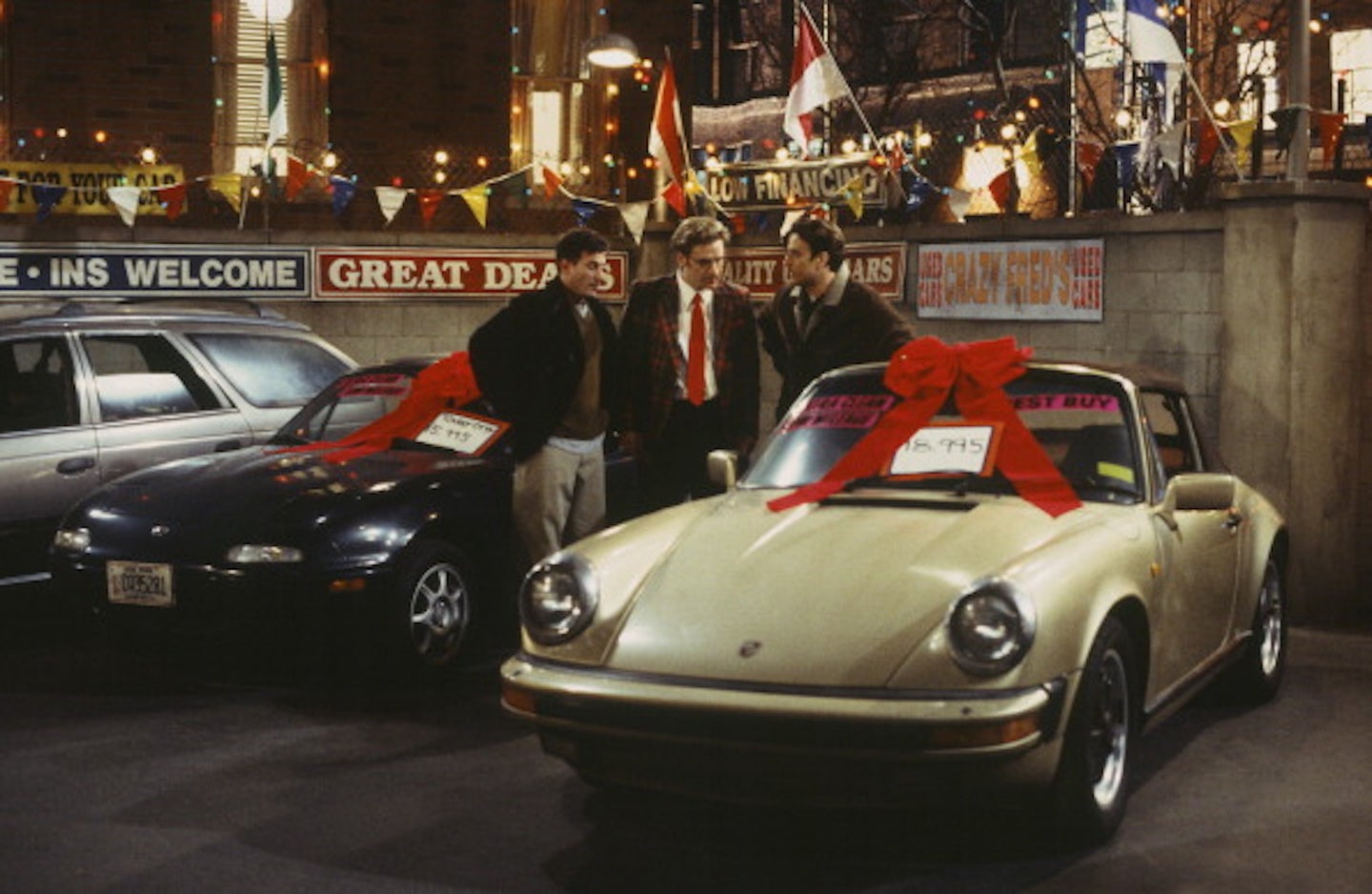 You’ve probably seen the Audi holiday commercial in which two men in an RS3 and an RS7 race to find spots in a mall parking lot. This holiday commercial, which has garnered 11 million views, is one of Audi’s most popular, but typically, holiday car commercials have been flops. Let’s take a look back at some of the cheesiest, weirdest examples by Lexus, Chevy, Hyundai, Honda and Mercedes-Benz.

This 2013 ad features a man in his art studio sketching a giant red holiday bow, and his creation magically comes to life when an attractive woman in a low-cut dress appears and tosses him a piece of scarlet fabric. The bow then appears on top of a white Lexus ES while the voice behind the camera says “true artistry is measured by a passion for bold design and advanced technology.”

The commercial ends with a drop of silk fabric and the words, “this is the pursuit of perfection,” which has been the Lexus motto since the late '80s.

The magically-appearing bow is the obviously unrealistic part of the commercial, not to mention the far-fetched nature of the model-esque characters. The cars in the ad drive through cobblestone streets and under regal archways as they appear to be driving through Europe—another portrayal of luxury that's a little too literal.

Then there’s the 2011 commercial for the Chevy Silverado High Point truck, in which a white-bearded salesman in a candy-cane striped tie tries to sell the car to a deer-hunting client.

The customer talks about his passion for hunting deer and later says, “I said ‘deer’ for no reason, I meant fish,” after seeing the salesman’s Santa-like appearance.

The fact that there’s a fake Santa in a car commercial geared toward adults is the ultimate cheese factor in this commercial. The man’s lack of eye contact and obliviousness toward the salesman are another unrealistic factor and make the ad awkward to watch.

Chevy has continued these ironic commercials for years. The Santa character is introduced as “Nick” in the 2012 ad, and in 2014, a customer jokes with him about naming the year’s eight-cylinder Silverado after reindeer.

If a group of fake-happy Christmas carolers sounds annoying, this commercial is much worse. In this Hyundai Genesis ad, a guy-and-girl duo sing “Deck the Halls” and play piano, snare drum, bass drum, and xylophone. Oh and let’s not forget the third-grade dance moves, robotic singing, and tacky light-up snowmen. This one is definitely one of the cheesiest, most annoying car ads out there.

In this 2014 commercial, Skeletor, the muscly purple action villain from the '80s, encourages customers to purchase the 2015 Honda CRV.

“Remember the exaltation you felt when you got me for the holidays? Well feel that again with the new Honda CRV,” he says in a Grinchy voice.

The commercial aims to be nostalgic by aiming toward people who grew up in the '80s, but comes off a little too contrived. Skeletor talks at the audience rather than talking to them, and a tiny, creepy action figure doesn’t exactly intrigue customers.

This year's Mercedes holiday ad takes the cake for the corniest ad, but in a good way.

The ad foreshadows what Christmas will be like in the future, and shows the ugly holiday sweaters, family Christmas cards, charade games, and other cliches. One doesn't find out the commercial takes place in 2038 until the protagonist, an attractive man in a turtleneck, opens up a Christmas card with the year on it. Then, he steps outside and sees the silver EQ, the electric model that Mercedes will release next year, and the scene, complete with a smart car and minimally designed houses, finally looks modern.

This ad merges holiday stereotypes and technology to create a relatable ad that shows the car industry's exciting, innovation-driven future.