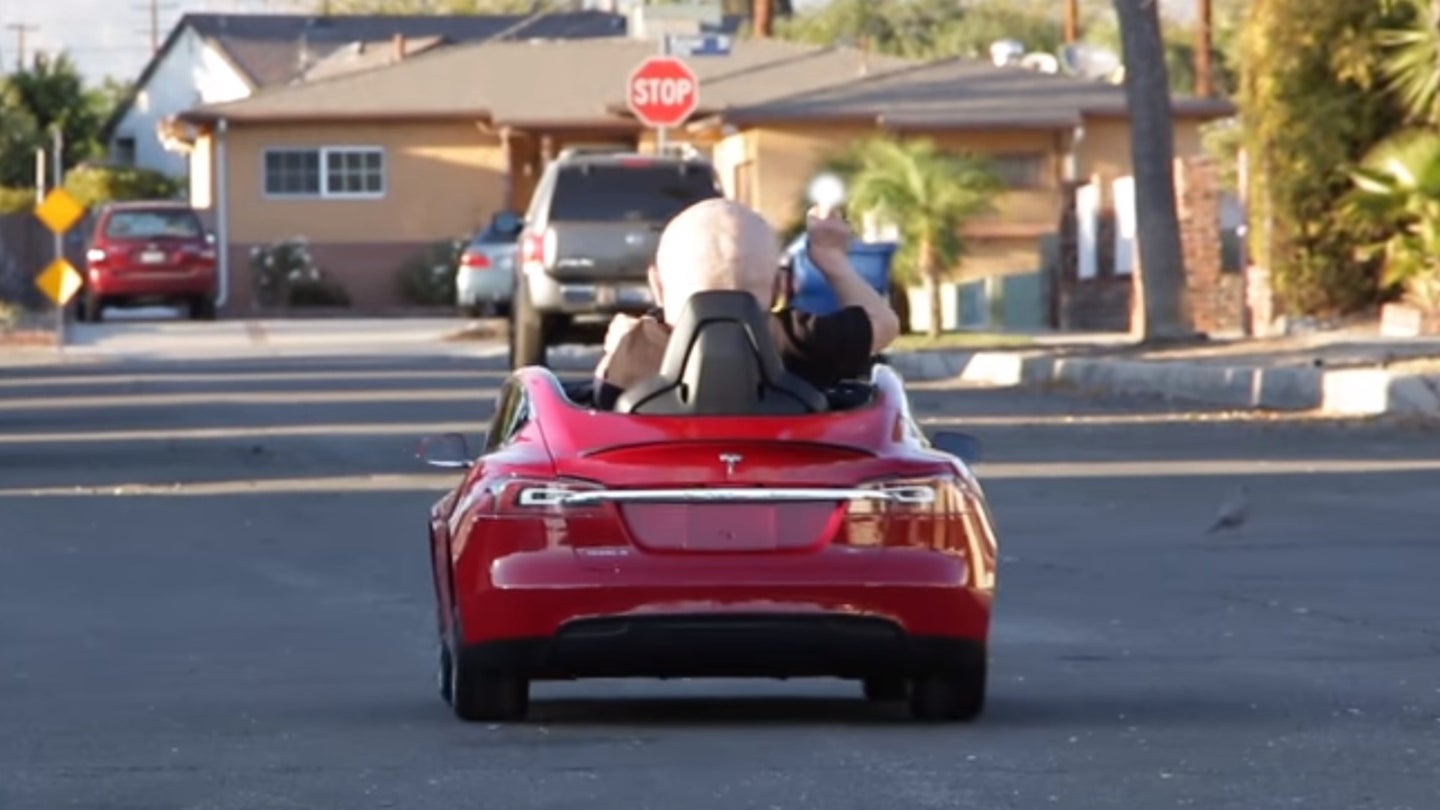 Verne Troyer will always be known for his role as Dr. Evil's Mini-Me in the Austin Powers movies, but his second act as an online personality is worth a watch. Recently, the former actor took part in a time-honored internet tradition: An unboxing video of his brand-new, right-sized Tesla Model S.

If you spend your days contributing to society instead of whiling away the hours on YouTube, you may not be familiar with unboxing videos. Basically, people film themselves opening and setting up a brand new product, often some cool gadget or piece of technology. They're popular because they feed off our innate desire for things, allowing viewers to immerse themselves in an item they'll probably never own.

New cars don't come in boxes, but being at the nexus of the tech and automotive worlds, freshly-delivered Teslas are often documented by their owners in the same flat, granular detail as a new phone or camera. Troyer's video takes a similar matter-of-fact tone as he discusses the arrival of a big package and shoves it into his garage with his scooter. It's not until we see the familiar Model S snout sticking out of the open box that the twist is revealed.

Yes, instead of a $70,000 full-size Model S, Troyer went and got himself a $500 Radio Flyer Tesla Model S for Kids, which is essentially a very fancy Power Wheels car. The little Model S features working headlights, a 3.5mm audio jack, a functional front trunk, a real side-mounted charge port, and most importantly, its own version of a switch-activated Ludicrous Mode. After a running through the setup and topping off the battery, the 2-foot-8-inch actor demonstrates how easy it is to spin the plastic wheels on his garage floor, showing off with a little drift before taking to the streets.

Over on the Tesla subreddit, users are busy brainstorming a list of possible upgrades for Troyer's Mini-Tesla, including real rubber tires and a faster motor. Given how the end of the video shows a second small-but-sweet ride, we have a feeling he's up for the challenge.

Just in case you thought the Model S was a boring old electric sedan, the Germans have decided to change things up.