Sleek fastback is all a concept car should be: beautiful and unproducible. 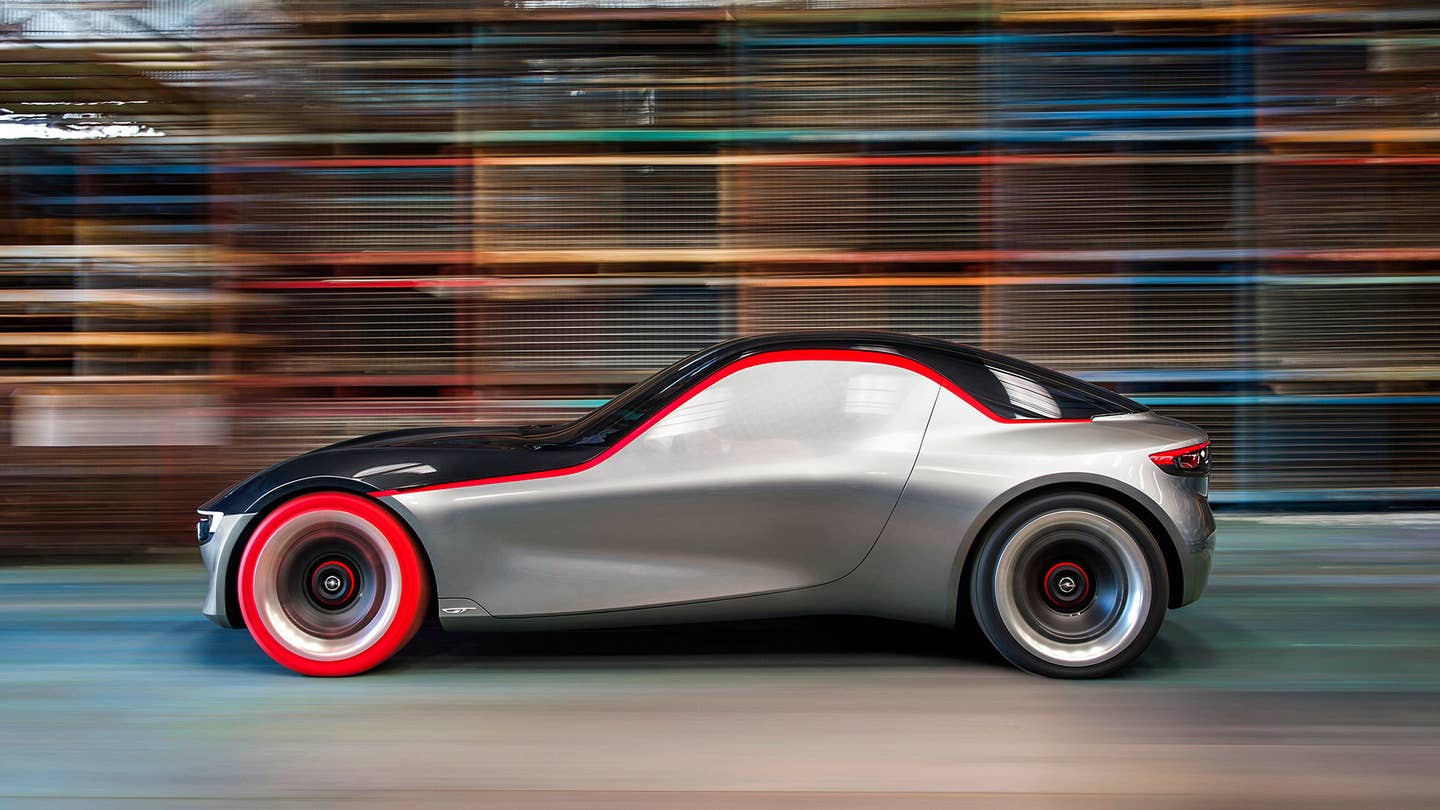 Before The Great Recession, concept cars specialized in the conceptual—they looked like spaceships or had V-16 engines or ran on thorium. After the recession, concept cars disappeared. When they returned, they were scarcely tweaked production cars shown six months in advance of the scarcely changed production car. The Opel GT Concept coming to this year’s Geneva Motor Show changes all that, going back to our extraterrestrial future with a slinky piece of kit that is absolutely unproducible.

If the new Opel GT Concept were to be built, we’re told it would have a 1.0-liter three-cylinder turbo engine sending 145 Holsteiners to the rear wheels through a six-speed sequential transmission. With an estimated weight of less than 2,200 pounds, this Opel, at least on paper, should be able to hit 60 mph in under eight seconds.

Opel says this progeny is “reduced to the bare essentials, pure passion.” It’s got no exterior mirrors or door handles, which is Concept Car 101; the touchpad to enter the car is hidden in that luminous red slash. Seems that pure German passion doesn’t like retractable windows, though; the seamless expanse of shoulder is possible because the side glass is also the door, the two integrated as one fluid unit. The Opel GT Concept driver will never be able to use a drive-through, take his dog anywhere, litter on the highway, or eat bean burritos. As it should be, when we’re talking about a work of vehicular fancy.

This car celebrates the Experimental Opel Concept shown at Geneva in 1965, the first concept car to come from a European manufacturer (as opposed to a coachbuilder like Pininfarina). It became the production Opel GT, an emblematic early seventies coupe for any US enthusiast that lasted only six years because of stiff competition (hello, Datsun 240Z) and comical flaws (you couldn’t access the trunk area from outside the car). The red tires are a look back to the single-cylinder 1928 Opel Motoclub 500 motorcycle, which went on display at the Frankfurt Motor Show for three straight years with red rubber.

So what we have here is a touch of history, a splash of the future, and a whole lot of never-gonna-happen. In other words, a proper concept car. Welcome back.