His badly-damaged Nissan GT-R appears to have been broadsided. 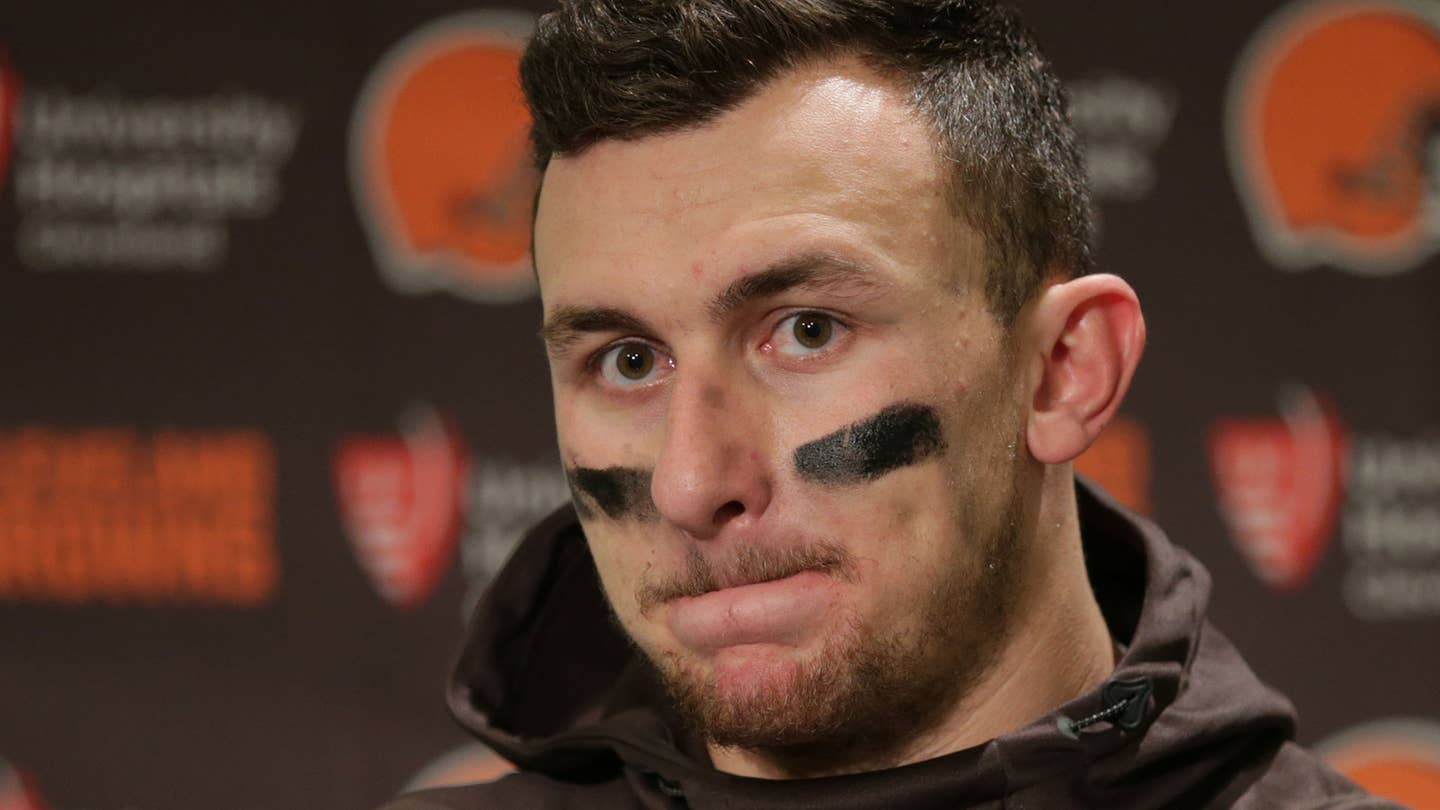 TMZ has a photo of his wounded Godzilla (parked in a handicap space) at the Dallas condo where Manziel is reportedly staying. It appears to have been T-boned, with the exploded airbag clearly visible.

Details on the accident are slim, with the Dallas police reportedly still trying to piece the incident together. It is unclear when or where the accident occurred, whether or not Manziel was in the car at the time of the crash, or who else was involved. Manziel's representative says he claims he hit his head in the accident, though he wasn't concussed or otherwise injured.

Manziel has been consistently in the news for a variety of reasons, all of them bad: the implosion of his contract with Cleveland due to hard partying; refusing to go back to rehab; being dropped by his managers; and being charged with misdemeanor assault in a domestic violence case involving his former girlfriend. The GT-R crash isn't his first recent accident, either; in April, he was a passenger in a Mercedes-Benz S550 that hit a telephone pole in Hollywood so violently, the front end was obliterated.

How F-15s Will Be Protecting the Super Bowl

Eagles will be circling the skies, eyes peeled and weapons ready.