Yes, they do call it the Robutt. 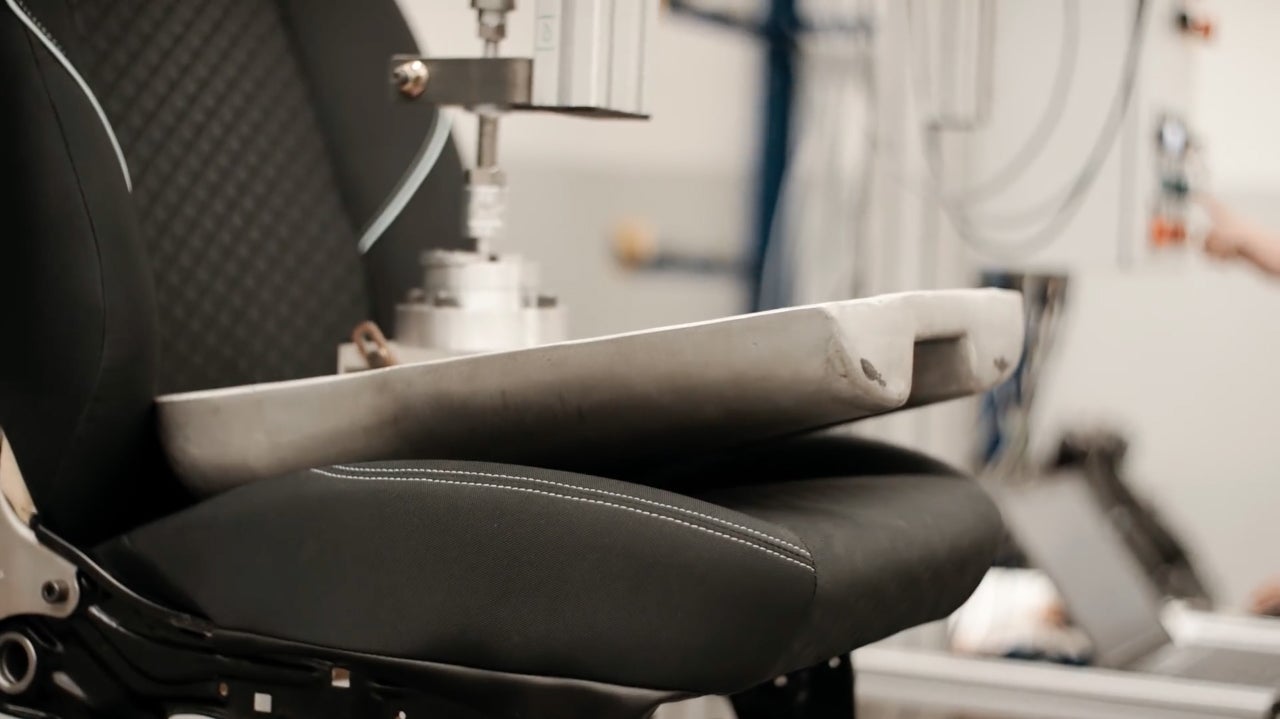 Accelerated wear test rigs are nothing new in the automotive world. Doors, for example, have been tested for years with rigs built to close and open them repeatedly, subjecting them to years worth of real world wear and tear in a matter of days, or weeks. Ford Europe has taken the idea to its logical conclusion, and applied the same thinking to the seat designed for the new Fiesta, constructing a test rig in the form of an automated rump meant to simulate 25,000 vehicle entries and exits. The test is said by Ford to simulate a decade of wear, condensed to the span of three weeks.

With the aid of pressure-sensitive seat overlays, engineers gathered not only what is described as a "perch pattern," mapping how various people apply pressure to the seat in operating conditions, but also where pressure and friction are applied when drivers climb into or extricate themselves from the seat.

"Using a metallic butt, we measure the deflection and softness of the seat when a person sits," says Ford Europe durability engineer, Svenja Froehlich. The butt is said to be "based on dimensions of an average large man," but Ford does not describe how the understanding of an "average" derriere was reached. The rig also serves as an improvement over prior durability test programs utilized by Ford.

“Previously, we used pneumatic cylinders that simply moved up and down," said Froehlich, "with the Robutt, we are now able to replicate very accurately how people really behave.”

With one of the international community's favorite jokes about Americans being our collective waistlines, the new Fiesta's seats being built with such durability and comfort in mind should come as good news. All it does is serve to remind us that the Fiesta won't be sold in the US any more, so Americans won't get to enjoy the fruits of Ford's labor. Bummer.

Part of an Ivy League group of 10 who persuaded Henry Ford II to bring them onboard in the 1940s, Arjay Miller later left the automaker for academia.

Ford is piloting exoskeleton suits for their line workers at factories in Michigan.