It's still a 290-horsepower hatchback hooning through a factory. 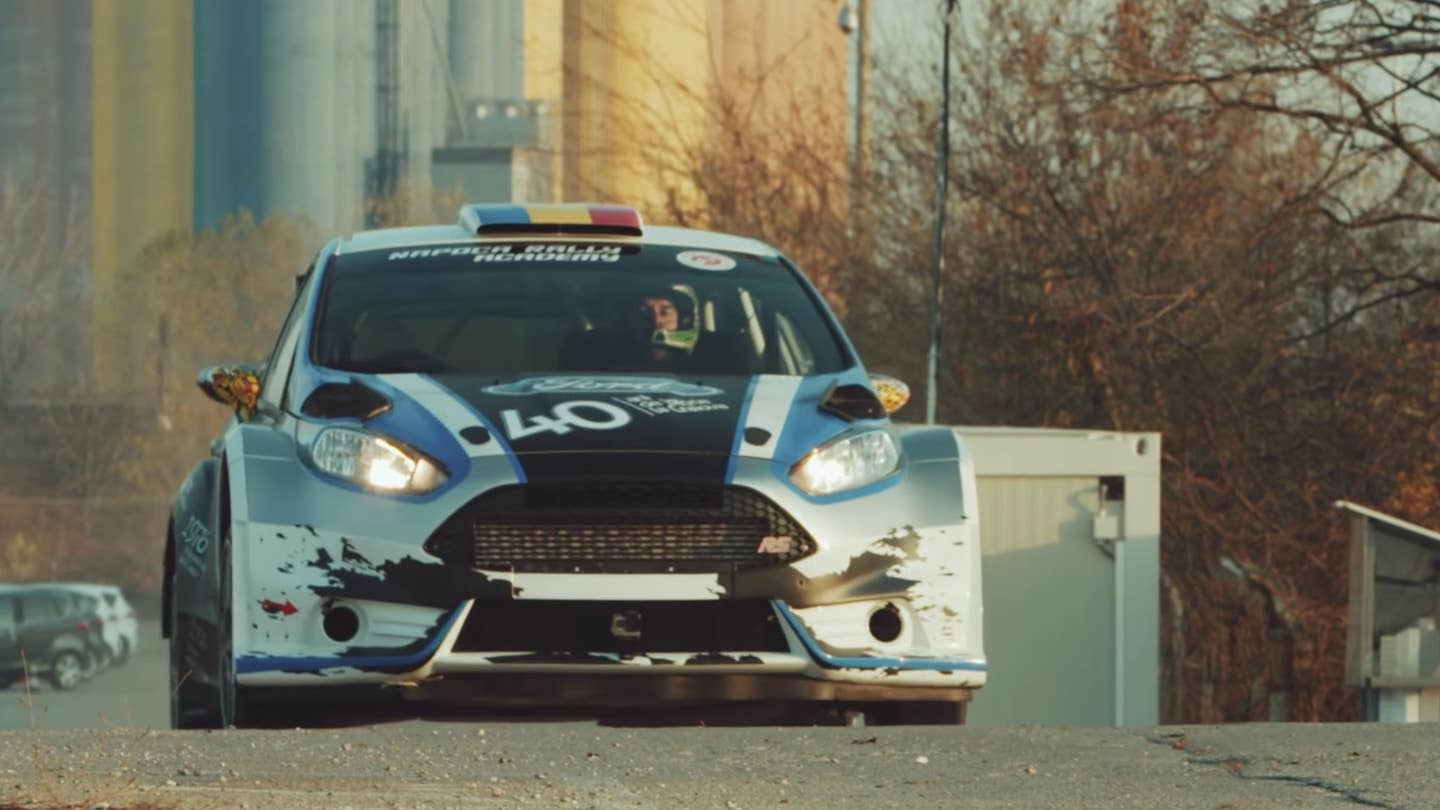 Rally driver Ken Block's Gymkhana drift videos turn the automotive enthusiast community upside down each time they're released—and for good reason. The vids feature unique, high-power rally and drift cars taking on stunts that appear to defy physics...and there's usually a lot of tire smoke, which is a nice touch.

But Block isn't the only one who can Gymkhana. Ford's Romanian division tried to take its own stab at it, and though it doesn't feature the DC shoe man himself, it's pretty damn great.

Ford Romania picked up a Fiesta R5 rally car, built by the geniuses at M-Sport, and threw two-time rally champ Simone Tempestini in it so the company could film him spreading tire marks all over one of its factories.

The video was made in celebration of Ford's Craiova plant—the facility that's producing the new EcoSport crossover. In the clip, the factory honors its 40th year of producing cars. There's a surplus of inside-building donuts—some of which are in the dark- back-breaking jumps, and smokey, colorful drifts. Though there are no train-jumping or edge-of-cliff slides, it still makes for a sick stunt compilation clip- especially because for most of the video, Tempestini is racing right beside an actual production line.

According to Motor Trend, the R5 in the video uses a 1.6-liter turbocharged four-cylinder engine with a five-speed sequential transmission. With some help from an anti-lag system, this little 290-horsepower rally hatch farts exhaust noises and shoots flames basically everywhere it goes.

The video is pretty damned awesome. Admittedly, at times while watching it, we couldn't help but feel a little with the Block-man not being there...but whatever. Drifts and jumps always do it for us, no matter who's behind the wheel.