Block is only person to take on Hoonigan’s lot with an all-wheel-drive vehicle. 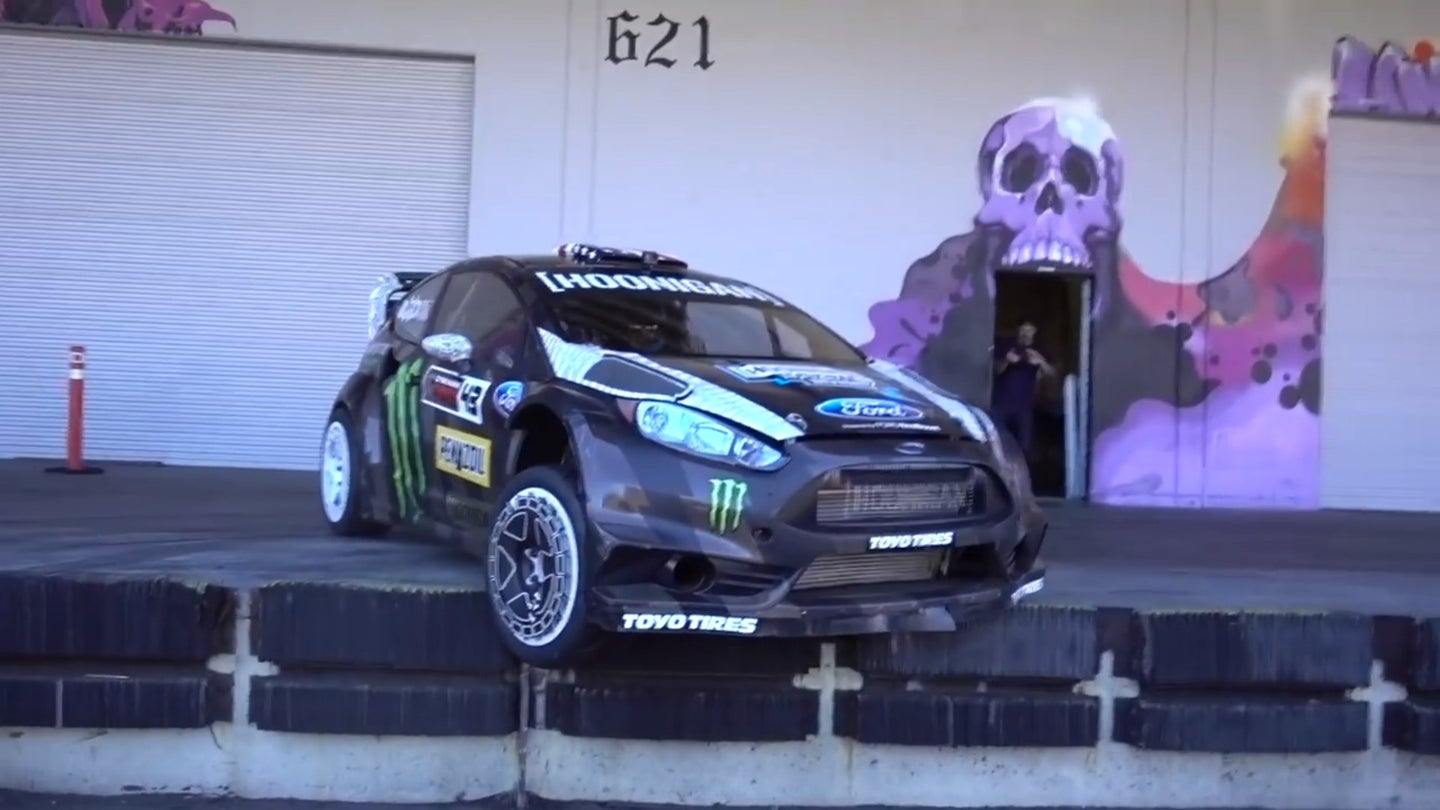 Driver Ken Block is known for his Gymkhana video series along with his rallycross/rally racing, but he also has the title of "Head Hoonigan in Charge" at his automotive lifestyle brand Hoonigan.

Hoonigan's headquarters, the Donut Garage in Long Beach, California, has been ground zero for some of the most entertaining bits of automotive video content for the last year and every once in a while, Block finds the time to stop by to play with one of his personal toys. A busy man in 2018 with his multi-series racing schedule, Block brought his Ford Fiesta RX43 Gymkhana car by the shop.

The last time fans have seen Block's 650 horsepower Fiesta RX43 was at Terrakhana and before that Gymkhana 8.

Block brings his Fiesta RX43 to abuse in what the Hoonigan's call Yardkhana. He previously brought his 1991 Ford Escort Cosworth Group A rally car as well as his 1978 Ford Escort MK2. After hundreds of Hoonigan Daily Transmission episodes, Block is still the only person to do all-wheel-drive donuts at the Donut Garage.

In the video, Block showcases his normal Gymkhana skills. He does donuts, goes up on two wheels, does some hardparking, and even breaks his gearbox which survived the rallycross, two Gymkhana films, Gymkhama Grid competition, but not the Donut Garage parking lot.

To see all of the entertaining details, check out Hoonigan's newest episode of Build Breakdown "Ken Block Slays the Donut Garage in his 650HP Fiesta #Yardkhana" below.