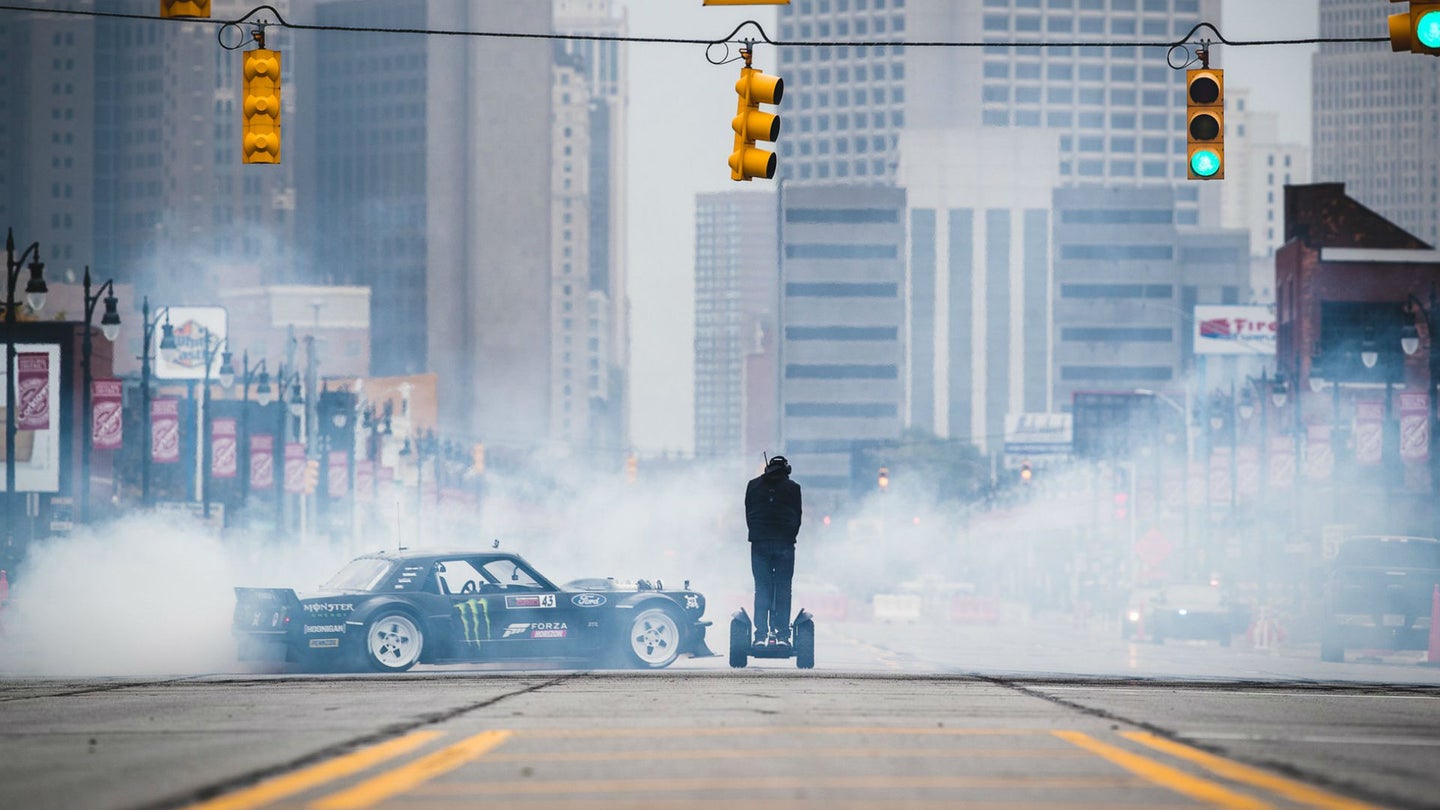 Last year, ex-World Rally driver and drift expert Ken Block brought us to Pikes Peak for his ever-insane Gymkhana YouTube series. After that wild ride at The Race to the Clouds, we had one question: how could he possibly top a run on the most famous hill climb course in the world?

For the 10th Gymkhana installment, which premiered Monday on The Hoonigans' YouTube channel, Block and his team picked not one but five locations for his tire-slaying escapades.

First, Block and his 2018 Ford Fiesta WRC slide around on the snow in Luleå, Sweden, in a tandem ice drifting session with now 17-year-old rally driver Oliver Solberg. From there, we're whisked away to Detroit for a tour of Motor City in the 1,400-horsepower, 1965 Ford Mustang RTR Hoonicorn V2. We're then flown to Guanajuato, Mexico, for a rip in Block's 2017 Ford Focus RS RX rally car. Moving 1,700 miles north, Block is back in Los Angeles in his personal Ford Escort Cosworth Group A car, where he drifts without any tires on at all. Finally, Block's new 900-horsepower, 1977 Ford F-150 Hoonitruck makes its video debut on a section of Route 66 in Texas.

As usual, this massive 19-minute video features plenty of dangerous stunts and ridiculous, "how the heck did he pull that off" tricks, plus so much tire smoke you can smell it through your screen.

“I can’t believe it has been ten years of making these Gymkhana videos,” Block said. "That’s wild! So, for number ten, we tried to make it the biggest and best. It was two years in the making—from initial ideation to the launch in The Gymkhana Files on Amazon Prime. It’s insane the effort that went into this one, and I couldn’t be happier with the end result."

It's unclear if this ultimate Gymkhana video will be 51-year-old Ken Block's last. Then again, other extreme athletes like Tony Hawk are still at home on the half-pipe at age 50, so Block's tire-shredding days may not be slowing down anytime soon.

Block is only person to take on Hoonigan’s lot with an all-wheel-drive vehicle.