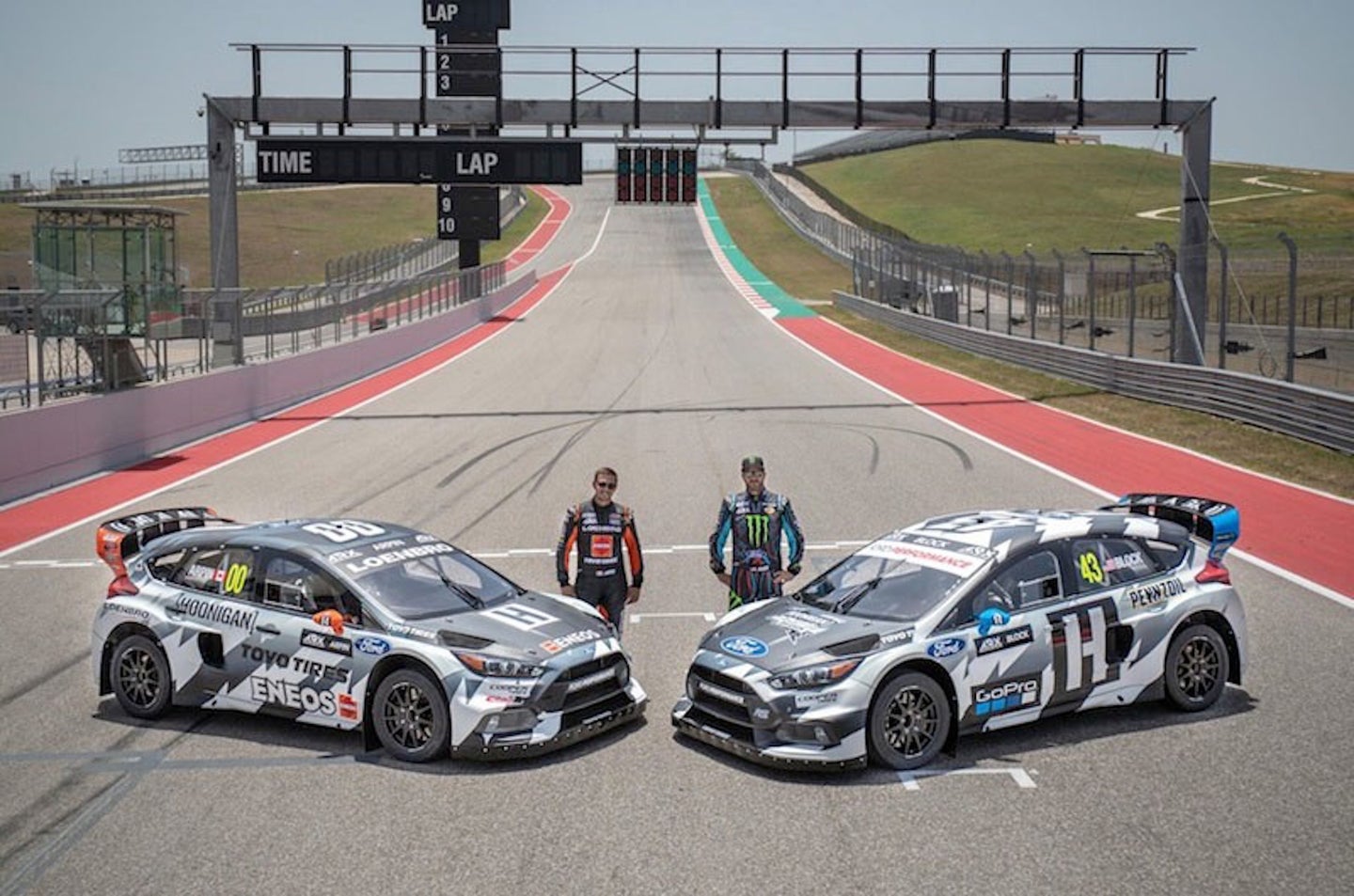 This year's rally-prepped hatchback is nearly identical to 2017's in terms of performance, with the updated livery showing the new partnership between the two drivers and Loenbro Motorsports being the only difference, in addition to slight tweaks for rules compliance.

After the disastrous fallout of the Red Bull Global Rallycross, which was already enduring Block's absence toward the end of its existence, Hoonigan focused on building a strong platform for the FIA World Rallycross Championship. This included bringing Steve Arpin onboard, who adds much-needed technical and racing expertise to the team.

“When I made the decision to return to a handful of rallycross events this year, I knew partnering with Steve Arpin and his team was the right move,” said Block. “I’ve always liked Steve as a driver and I had been keeping an eye on how he and his team had developed the older Ford Fiesta RX43 chassis and were still achieving top results with it, so I knew I wanted to work with them with our Focus RS RX. When I made that decision, Ford stepped up and decided to then supply Steve a Focus RS RX of his own to further help assist in the development. Needless to say, I’m very excited about the forward progress they've made and I can’t wait to get back behind the wheel!"

"I'm excited about partnering with Ken [Block] this season," said Arpin. "He and I have always gotten along great at the track in the past and I think we're both in a position to help each other this year. I'm also happy about the fact that Ford Performance entrusted myself and my team to help further develop the Focus RS RX rallycross program, the car has felt amazing in our testing with the revisions we've made and I'm really eager to get it out on track and put it to the ultimate test against the competition."